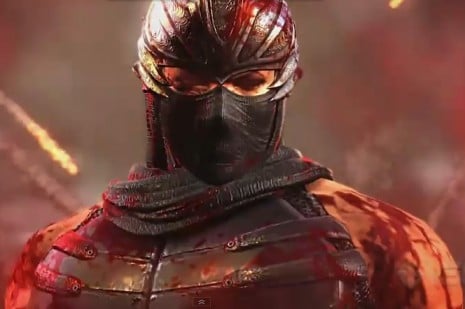 A founding member of Unreality has returned to review Ninja Gaiden 3. Take it away Madison…

Let’s get something straight immediately:  Ninja Gaiden 3 is a step backwards from Ninja Gaiden 2 and Ninja Gaiden Black.  Aside from the graphics – and even that’s debatable – the first Ninja Gaiden game to be released without Itagaki at the helm suffers from fundamental design flaws that can make gameplay tedious.  At times, Ninja Gaiden 3 does offer challenges worthy of the Ninja Gaiden name, but in the end, this third installment can’t overcome the dreadful changes made by Team Ninja in Itagaki’s absence.

Ninja Gaiden 3 features three different play modes – story mode, ninja trials (which can be played alone or co-op), and online multiplayer.  Team Ninja made a point to humanize Ryu this time around and attempted to add depth to the game’s story, but does anyone playing a Ninja Gaiden game actually care about the story in the first place?  Ninja Gaiden is supposed to be about intense combat, ultraviolence, a variety of weapons, and a challenge to even the most skilled gamers.  Story, with respect to this series, is and should be an afterthought.  Now, it’d be one thing if Team Ninja decided to focus on the story this time around while keeping the combat and upgrades static, but it seems as if other aspects of the game were diminished as a result of this decision.  Gone is the dismemberment from Ninja Gaiden 2.  Gone are the variety of weapons (aside from recent DLC, but everybody knows that’s a weak move on Team Ninja’s part).  Gone are the different types of Ninpo.  And gone is the essence left behind by slayed enemies, which brings me to what I believe is the game’s biggest flaw.

In the prior Ninja Gaiden games, defeated enemies left behind essence, which could be used as currency to upgrade Ryu’s weapons.  Even though Ryu uses only a sword in Ninja Gaiden 3, it can’t be upgraded manually; it is upgraded automatically as you progress through the game.  With being able to use essence to upgrade, there is an incentive for the player to try and tackle many enemies at once.  There’s a reward for fending off dozens of ninjas and dogs and fiends – namely, a more powerful weapon and better combos.  But in Ninja Gaiden 3, this reward system is completely removed, and battling a room full of enemies becomes tedious.  It becomes, essentially, a fruitless, redundant exercise.  After killing those enemies, you’re rewarded with…more enemies. 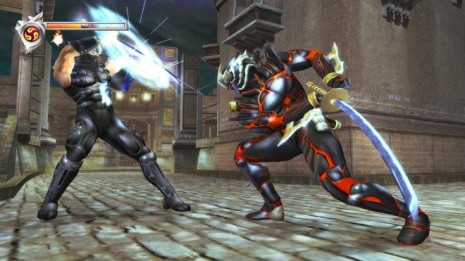 Further, without a variety of weapons or different forms of Ninpo (or dismemberment, for my fellow sadists), combat in Ninja Gaiden 3 can actually become boring.  If you’re familiar with this series, that’s about the worst thing you can say.  The steel on bone mechanic seems to be at least partly random, and during gameplay on higher difficulties, you may find yourself spamming Izuna Drops all over the place.  Again, that’s kind of boring.  Dismemberment in Ninja Gaiden 2 forced the player to prioritize – wounded enemies were the most dangerous, but could also be defeated with the press of a button leading to an obliteration technique.  Steel on bone attacks can be chained together, but actually starting the chain seems to be mostly about luck.  Worse, and this is with respect to the higher difficulties, steel on bone attacks can leave you vulnerable to enemy grabs, so it’s often not even worth it to try and chain these attacks in the first place.

This isn’t to say that the game is a total waste.  The graphics are indeed terrific, and some of the set pieces used during story mode are impressive.  The enemy and creature design feels fresh and, despite there being no dismemberment, the new “steel on bone” mechanic provides plenty of violent moments.  I’d like to think that if this wasn’t a Ninja Gaiden game, it’d be well-received, but unfortunately, fans of the series probably won’t be able to avoid comparisons.

The real meat and potatoes of this game, however, doesn’t like in the story mode, and that’s a good thing.  No, the ninja trials are by far the best part of this game.  Either alone or with a buddy (or an online stranger), your own, customizable ninja takes on waves of enemies, earning “karma” points for stylish kills.  Those karma points can be used to level up your ninja, unlocking new combos, costumes, and armor.  Fans of the series will recognize many of the ninja trials as scenes from Ninja Gaiden Black or Ninja Gaiden 2, and enemies from those games make appearances during the trials, too, such as the Van Gelfs, Alma, and Doku. 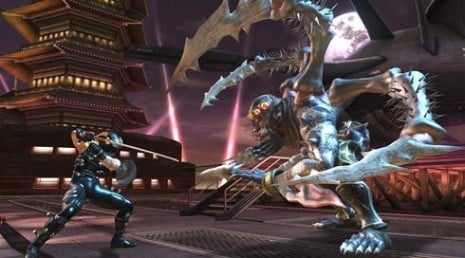 Ninja Gaiden 3 comes standard with 33 total trials of various difficulties, with another 20 available for download.  If you want to skip the nonsense story and pick up this game for the combat, then the ninja trials are for you.  I’d estimate that 75% of my time playing this game is doing the trials, and there’s a part of me that believes that this is what Team Ninja got right.  Is it worth $60?  Probably not, but if you’re on the fence about this game, the trials may make it worth your while.

Finally, Ninja Gaiden 3 offers an online multiplayer mode in which your customizable ninja (who can be used in both the trials mode and multiplayer mode, but sadly, not in the story mode) takes on other player-controlled ninjas in what can be described as a hot, messy, clusterf*ck.  That isn’t to say that it isn’t fun, but with an orange or green name floating above every ninja on the screen, it often becomes impossible to determine who is who, and whoever can fire off his Ninpo first usually ends up with the kill.  The multiplayer mode has a decent foundation, but could probably be a bit more fleshed out.  It’s a nice distraction, I suppose, but like the story mode, it becomes redundant.

Longtime readers of this site may recall that the Ninja Gaiden series is my favorite in all of gaming, so it’s safe to say that I was pretty disappointed with this third installment.  I understand that Team Ninja wanted to make this game more accessible to casual gamers, but Ninja Gaiden never gave a shit about casual gamers to begin with.  It was a niche game in the action genre that gave its fans what they wanted, and so I do feel a bit cheated that, four years after the fantastic release of Ninja Gaiden 2, the third installment removes design aspects that made the Ninja Gaiden series so great to begin with.  I don’t hate the game – I enjoy the trials a great deal – but it simply pales in comparison to its predecessors.

So when does Bayonetta 2 come out?

httpv://www.youtube.com/watch?v=8eZIwb_PpF8&feature=recentlik For all the PC vs. console argument that happens all the time on the internet, I do have to say that modding does give the computer a big leg up on its cheaper counterparts,…

Over the years, video games have given us many memorable protagonists from Gordon Freeman to Commander Shepard. They’re all hero’s heroes and all that, but it’s often overlooked that they have a very competent team working with… 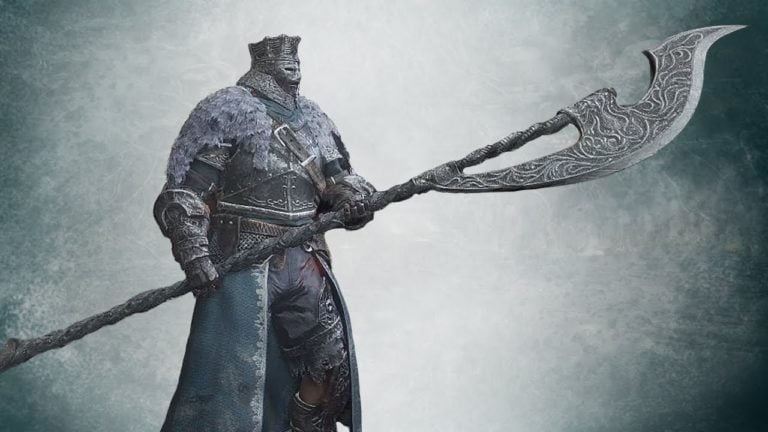 “Dark Souls” is a video game that has some challenging bosses to defeat if you want to move on in the game. Some of them are so hard to defeat that it takes the best… 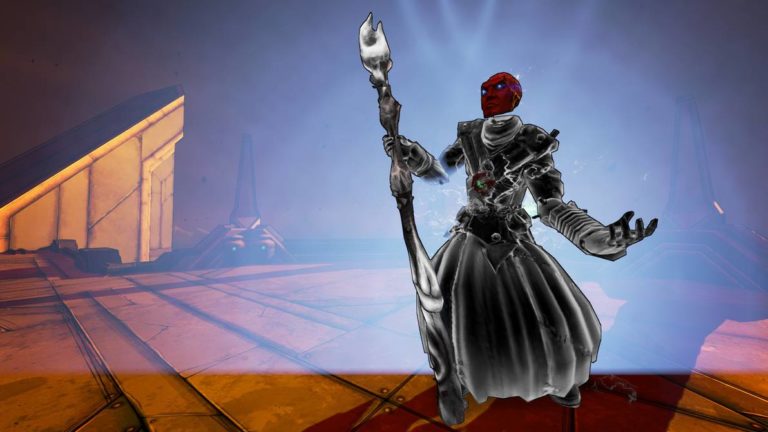 The Borderlands series is famous for being one of the pioneers of loot and shoot games. As a result, it is no coincidence that it has had some pretty memorable bosses, seeing as how such… 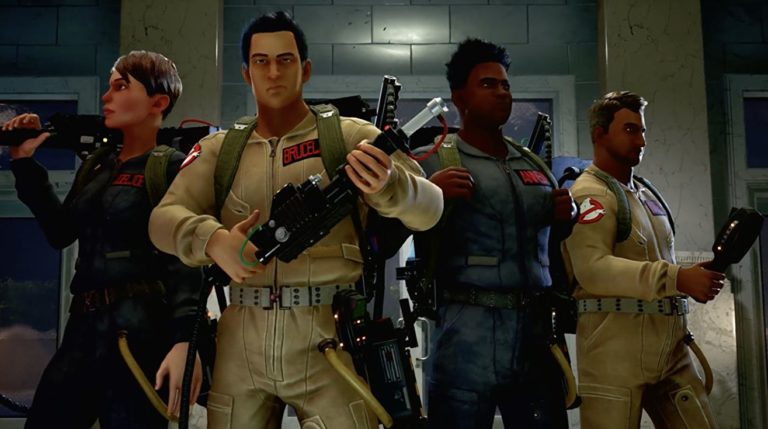 Ghostbusters: Spirits Unleashed was indirectly announced by Ernie Hudson last year when he was promoting Ghostbusters: Afterlife late last year. Of course, everyone took that little nugget of information with a pinch of salt because…

A long time ago, I posted this gallery of 20 screenshots of in-game glitches, but recently, I figured that it’s sometimes better to see these things in motion, which is why I’ve assembled this brand…