Aching for the latest in gaming news? Join the club! There are so many fascinating things that happen in the realm of video games every day, and they’re shared in countless websites throughout the interwebz. But that’s just it–there’s just so much to choose from, it’s utterly bananas.

To make your life easier, we suggest you use Twitter; it’s hands down the quickest and easiest way to stay updated on anything you’re interested in. But wait! There are about 255 million active Twitter users, and this number is steadily growing. Where should you start?

If you game on the PC, then you should be following Steam, no question. The feed announces new Steam releases, network updates, games for pre-order, weekend deals, and all manner of Steam news. We suggest you pay close attention to the Steam feed during the mid-week, weekends, and during seasons like summer, autumn, and the last two weeks of December every year when its popular sales take place.

The official PlayStation feed is a must-follow for anyone interested in Sony’s consoles, handhelds, and its games. The feed provides a steady stream of new screenshots, trailers, gameplay videos, and information on the new releases, firmware versions, downloadable content (DLC), game updates, and all manner of PlayStation-related news. It’s utterly intoxicating.

Major Nelson is the Xbox Live Gamertag and Twitter feed or Larry Hryb, Director of Programming for Xbox Live. He’s essentially the face of Xbox: if you want to watch new trailers for Xbox games; know when certain DLCs are coming out; and find out what games are currently discounted in Xbox Live, then make sure you follow Major Nelson.

When talking about the House that Mario Built, the Twitter feed you should be following is Nintendo of America’s. Like its competitors in the console gaming space, Nintendo tweets about upcoming releases for the Wii U and 3DS/2DS, gameplay trailers, tips for certain games, contests, and whatnot.

Want to get the best deals on video games and gaming-related products? See to it that you follow Cheap Ass Gamer’s Twitter feed. The stuff they post daily here is just unbelievable. If a company is giving away freebies, or there’s a massive discount on a game or game somewhere, then it’s most probably on Cheap Ass Gamer.

You can never have enough game-related discounts, freebies, and promos so don’t forget to follow Kotaku Deals as well. What’s great about this feed is that it also includes deals for sister sites such as Gizmodo (gadgets) and io9 (home video DVDs and Blu-ray). You better keep watch over your wallet though–these game-related Twitter feeds makes it awfully challenging to hang on to your money!

Polygon is a relatively new video game website (it launched in October 2012), but it already has a large Twitter following. There are two good reasons to stay tuned to Polygon’s feed: first, the team behind it is composed of big names in games journalism like Brian Crecente, the former editor-in-chief of Kotaku, and Russ Pitts, the former editor-in-chief of The Escapist. Second, Polygon’s long-form articles are incredibly entertaining and informative.

GameSpot remains one of the premiere video game websites and with good reason: it’s simply bursting with new content, which is promoted in its Twitter feed. GameSpot produces a staggering number of reviews for the latest games, hands-on previews, video streams, news, feature articles, interviews, trailers, and a variety of live shows. There’s no excuse for not following the GameSpot Twitter feed.

Ever heard of a TV named GameTrailers TV? It’s hosted and executive produced by games journalist Geoff Keighley, one of the most recognised faces in the games industry. When it comes to games, this guy is pretty much everywhere. You’ll see Geoff interviewing executives, hosting game launch specials, and being heavily involved in the Game Critics Awards. But why should you follow him in Twitter, you ask? Geoff is a wellspring of exclusive stories, which he frequently shares there.

Kazuo “Kaz” Hirai is the CEO of Sony, but this Twitter feed is actually a parody account. The stuff that the fake Kaz Hirai talks about in his posts may not always be entirely accurate, but one thing is certain: it’s fricking hilarious. Seriously, it’s amazing how the person behind this account is able to combine a strong knowledge of the industry, sharp insight, and humour.

So there you have it. A rundown of the top video gaming feeds that you should be watching closely. There are hundreds (or even thousands) of other notable Twitter feeds worth looking into, for sure, but these are the ones that we think you should check out first. So what are your favourite game-related Twitter feeds? We’d love to hear about your suggestions below!

My scanners picked up three different instances of alien abductions happening simultaneously across the globe. Each of the three countries promised to give me some sort of compensation for helping fight the aliens back; the…

Sometimes it’s terrible to love, especially in the wide world of electronic entertainment. It’s rare to find a game that doesn’t, at some point in the future, have a 2 (or 3 or 64) slapped…

httpv://www.youtube.com/watch?v=gfSe8CoZmrk Though it might not have changed too terribly much over its predecessor, I did enjoy my time with Saint’s Row: The Third, as it’s really hard not to. The reason being is that the… 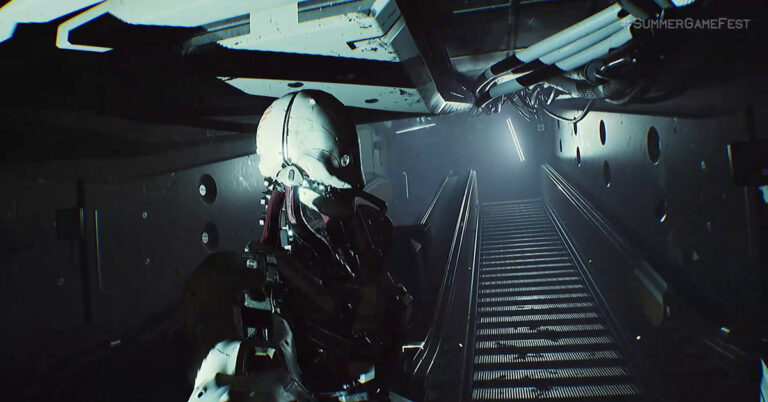 Routine will be a new survival-horror title set on a moon base during an 80s-futurism motif. It will be an FPS adventure where players will need to fight inch by inch to escape the interstellar…

Assassin’s Creed is one of my current favorite game franchises, so much so that I forgive them for trying to make the same game about four different times before moving on. But when they finally…

Spoiler Alert: I’ll do my best to refrain from spoiling critical plot details, but as the gameplay and the plot are wound tightly together it will be difficult. You have been warned. In my last…