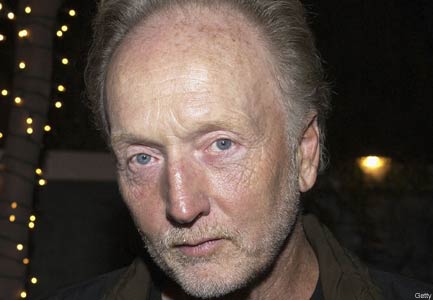 For all you younger generations of people out there, you know him as Jigsaw, but Tobin Bell has been around for quite some time.   He first freaked me out the movie In the Line of Fire but Bell’s been around a lot longer than that.   Granted that was the first time I saw him.  Then he just started popping up for me.

In particular he was Bob from Bleeker Bob’s Records in a Seinfeld episode.   He was a freaky contract killer in The Firm.  But the funniest appearance has got to be him playing a waiter in Tootsie!  His first movie appearance.

Bell’s gotten some steady work as the Saw series has been very successful.  I just wanted to give him a shout out as most people still don’t even know his name.

A clip of bell after the jump

“I’ll give you five bucks.”

I’ve said this in the past and I’ll say it now:  I do not like the Academy Awards.  However, that doesn’t mean we don’t need it.  There are plenty of those out there that think…

Yes, this is a t-shirt, and yes, you should buy it immediately. From the designer. “It’s the Great Old Ones’ favorite beverage, guaranteed to be maddeningly refreshing! Cthulhu himself enjoys kicking back after a hard…

We’re gonna need a little caption contest going on this picture today. I’ll start it off. “It’s dick in a box, not dick in your hand.”

Artist Esau Murga knows a thing or two about illustrating the characters from Mortal Kombat.  You can check out some more excellent work he’s done on his DeviantArt page.

There’s a scene in Children of Men that runs us through a war zone with Clive Owen. We hear the sound of a baby crying. We feel gunshots rebound all around us. It’s frightening and…