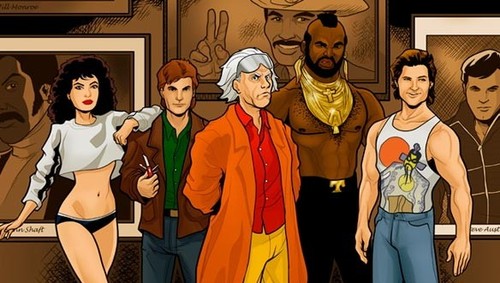 Imagine if a librarian from the Victorian era created the Justice League.

Might not sound incredibly thrilling but in 1999 comics legend Alan Moore made the concept not just work but rock in his miniseries The League of Extraordinary Gentlemen. Featuring a slew of characters from every corner of Victorian literature, the LOEG was a rollicking, partially demented adventure that made you wish you were a bit more well-read.

Being a proper Englishman, though, Moore of course used (mostly) characters from his home and native land. Being a young American reader I thrilled at the brief Tralfamadorian cameo and the Who Dat Ninja poster in the background, but, for the most part, the USA was MIA throughout the League’s various goings-on.

Today, though, I’m gonna get patriotic and ‘MERICA the crap outta the limey League and present the League of Extraordinary AMERICANS, using ONLY American created characters and concepts. Am I being a rampant, red-white-and-blue-tinted glasses-wearing Nationalist? You bet. But hey, at least I’m not shoe-horning in…ugh…Tom Sawyer to appeal to Americans.

Ready? For the stars and bars! 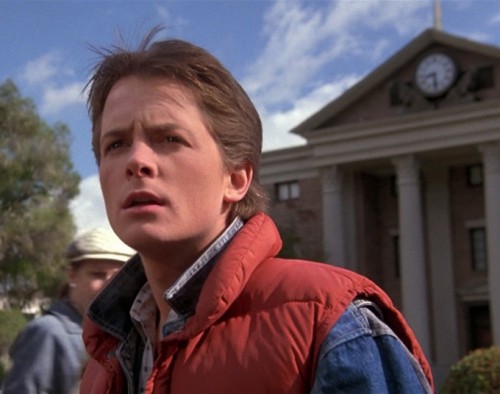 While the DeLorean could barely fit two people and a shaggy pooch, the retrofitted time-traveling train seen in the last few minutes of BTTF Part 3 would be a perfect means of transport for our new LOEA. And with on-board time travel capabilities, the League could have a grand time gallivanting around with the likes of Johnny Tremaine or Ender Wiggin. And aside from just having a cool car, Marty McFly proved himself to be a pretty resourceful, quick-on-his-feet guitar playing protagonist. Just don’t call him chicken… 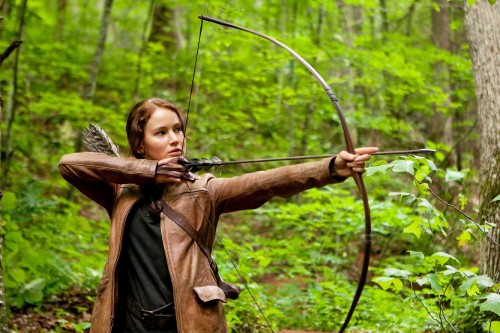 So in an attempt to gather up the ultimate Americans, let’s just say Marty hops ahead a few centuries and picks up the Mockingjay herself: Katniss Everdeen. Raised in the mean streets of District 12, Katniss learned to provide for herself and her loved ones by mastering the arts of hunting in the wilds of…West Virginia? Upstate New York? You tell me, Unrealtors.

Either way, Katniss is incredibly adept at archery, trapping, tracking, and all those other forest-folk tricks, and would be an incredibly useful asset in a team that usually picks fights with things that shoot back. She can shoot, hunt, fight, and if they make a movie (only good this time), bring some Oscar cred to the cast list. 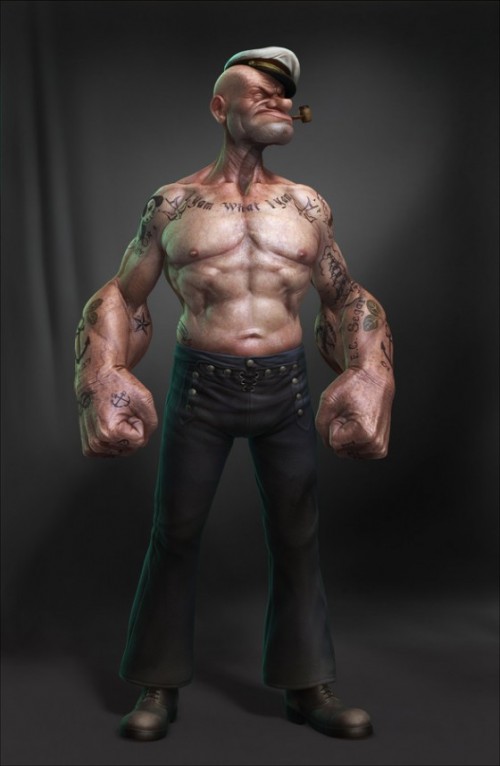 Frankly, I’ve had enough of the tormented, monstrous soul trope in most big team shenanigans. The LOEG had Mr. Hyde, the Avengers have the Hulk, the Enterprise had Tasha Yar. Enough’s enough. I’m ready for some muscle that doesn’t have to worry about carrying baggage, too.

Popeye is perhaps the worst cartoon role model of all time, always encouraging violence over words and frequently excusing poor hamburger purcashing practices. However, he does encourage vegetable eating and he’s a veteran for crying out loud! Personal feelings aside, he’s an all-American character reaching back nearly a century now. Every team needs someone to punch something, and this nautical heavyweight’s the perfect choice. Just so long as someone has a can opener. 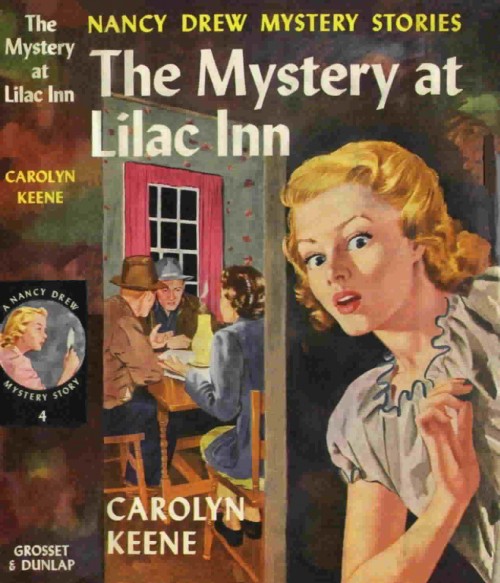 America’s premiere sleuth, Nancy Drew would act as the LOEA’s big brain and shot caller. Though known as a solo act, Nancy often teamed up with friends Bess and George, and, occasionally, her boyfriend Ned. However, these folks always played supporting roles to Nancy’s titular stardom.

Aside from being a great detective, Nancy was also multi-lingual, well-versed in first aid, an exceptional athlete, and could even dance. Wearing so many hats simultaneously would give her the perfect insight into how to deal with the varied personalities that’ll compose this American association. And besides, aren’t we long overdue for a (well done) Nancy Drew reboot? C’mon, Moffat, I smell a cross-over! 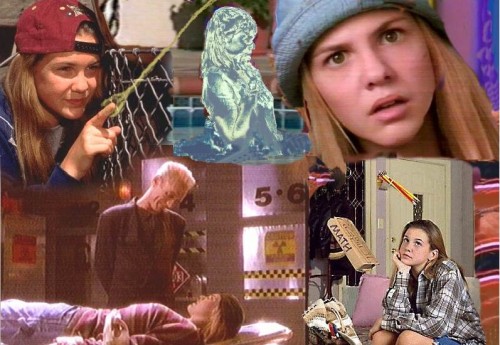 The Secret World of Alex Mack is an, unfortunately, mostly forgotten relic from the Nickelodeon of old. Utterly ripping off—er, inspired by the origin of Marvel Comics’ Daredevil, teenager Alex Mack gained superpowers after being exposed to a top-secret chemical called GC-161. These powers included telekinesis, electric blasts, and the ability to turn into a T-1000esque puddle of goo.

Every team needs someone to slip under the door, and Alex’s ability to slither around in would be extremely helpful. The other superpowers wouldn’t hurt either. And hey, Marty…and Katniss…and Nancy…probably wouldn’t mind having another youngster around, right? 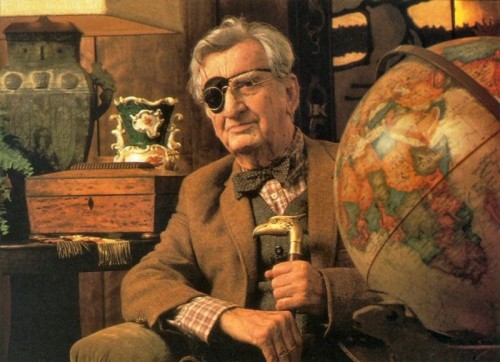 Despite his age, Indy would be the driving force in gathering these amazing Americans to battle whatever force of evil is threatening existence that weekend. And with his outside work as a college professor, he’d be used to dealing with a younger crowd not exactly psyched to fly into the Mushroom Kingdom to find the One Ring. Or something. Either way, don’t deny you wouldn’t love to see Dr. Jones doling out orders being assisted to his chair by a grown-up Short Round.

Both of these guys could have easily taken over the word if it hadn’t been for a pestering counterpart throwing a wrench/anti-establishment literature/NARF in the works. I could easily see The Brain being the greatest result of golfing-enthusiast Andrew Ryan’s no-government-allowed science experiments. ACME Labs being one of Ryan Industries’ many surface-satellites. Ah, but I digress.

Either way, this Mirror-universe version of Walt Disney and Mickey Mouse easily have the know-how to put the world in serious jeopardy. And, best of all, they would think they were doing it for the good of the planet. Gotta love the bad guys who don’t think they’re bad. Love/fear. 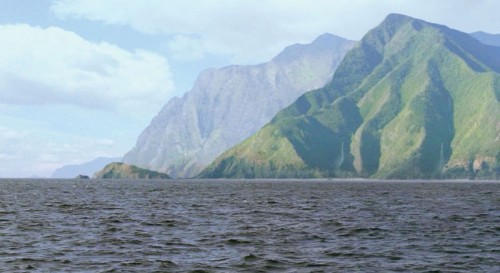 Because someone needs to tell me what that goddamned Smoke Monster was.

AND I’M PROUD TO BE AN AMERICAN! Okay, Unrealtors, would you read this miniseries? Got some ideas for different choices? Let’s hear them! Now to eat some red meat and listen to Toby Keith. Yee-Haw! 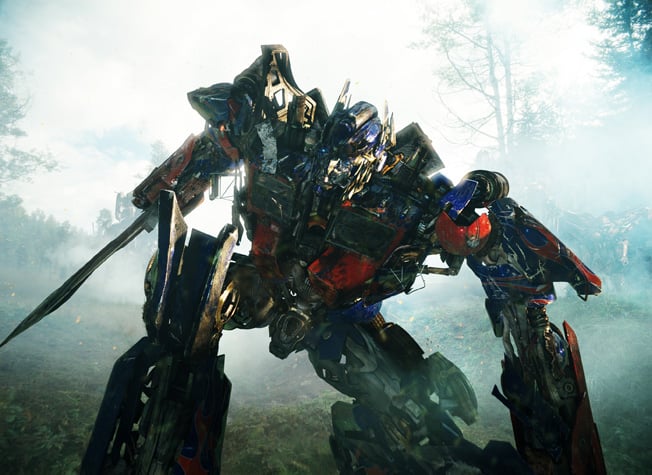 Sometimes it’s better just to stay down. I wanted to give it a chance, I really did. I walked into Transformers: Revenge of the Fallen with a wide-open mind. If the film just managed to…

In a summer dominated by high-budget superhero blowouts like Man of Steel and Iron Man 3, and creature features such as Pacific Rim, Sebastian Cordero’s Europa Report flies nearly under the radar as a more…

(click to enlarge) It seems that not a week goes by where I don’t have to feature some sort of Disney princess redesign, but I will say this is one of the cooler ones. Nothing… 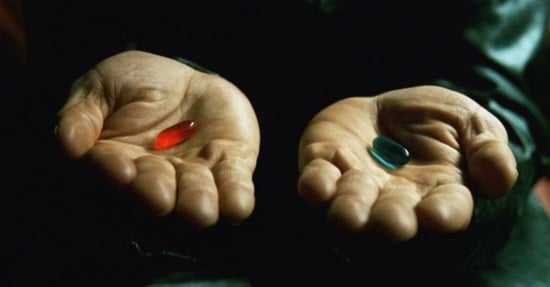 Artist Ilya Kuvshinov has a rather excellent portrait series of her favorite heroines from movies, TV and video games that you should definitely take a look at. She covers all manner of female pop culture… 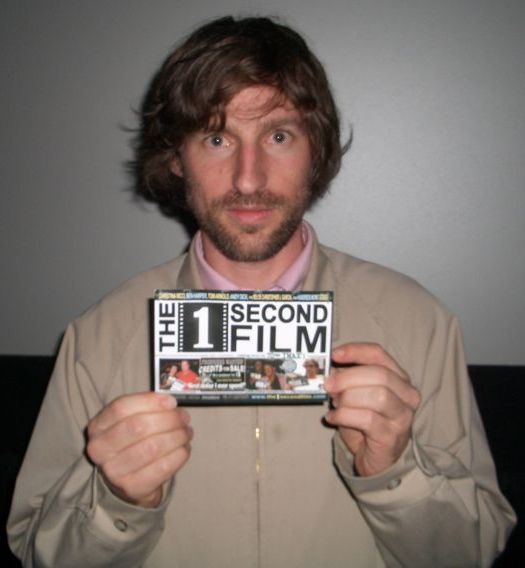 Many movie fans know who Spike Jonze is, but he’s hardly a household name. After Where the Wild Things Are is released, though, I’m guessing that Jonze’s popularity will skyrocket.  Jonze is a more than…