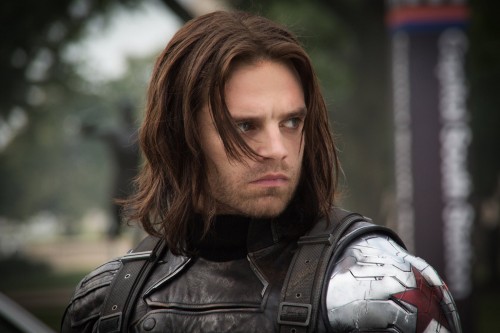 I’ll admit it.  I was completely blindsided by this, too focused on the September 9th release date to see what was really going on with it.  Before I knew what was happening, I had bought it, watched it and reviewed it.  Then came Thursday, and I realized that this was no coincidence.  You don’t release a movie whose hero literally wears the American flag as a uniform this close to September 11th without making a political statement.  But when you stop and think about it – and I mean really think about it – it’s probably not the statement that you’d expect it to be.

Captain Rogers has been busy since the Avengers saved New York from the Chitauri invasion.  He’s been working as a covert S.H.I.E.L.D. operative with Black Widow, leading the agency’s counter-terrorism strike force and making the world a safer place for democracy.  But when Nick Fury stumbles upon a secret that could shake the world to its foundations, he’s assassinated for it.  Now Steve and Natasha are on the run from both S.H.I.E.L.D. and a cybernetic assassin known only as The Winter Soldier as they attempt to solve a mystery that’s sixty-eight years in the making.

Although it might not be immediately evident, Captain America: The Winter Soldier is a direct indictment of post-9/11 politics.  In the wake of a public attack on New York City by foreign operatives (ie September 11th), S.H.I.E.L.D. (ie the US Government) creates a fleet of next-gen helicarriers to preemptively and unilaterally deal with national security threats (ie the wars in Iraq and Afghanistan) and curtail civil liberties (ie The Patriot Act).  Captain America, the living embodiment of an idealized America, is not surprisingly unhappy with this, arguing that “this isn’t freedom.  This is fear.”

The mid-movie plot twist – that Hydra, the Nazi splinter-faction that we thought was defeated by Rogers in 1945, is not only still operating well into the 21st century, but has infiltrated the United States government at its highest levels and is now essentially running the show – brings this point home in bluntest way possible: America is being run by the same fascists ideologies that we fought against in World War II.   It’s like George H. W. Bush slapping the backside of George Jr.’s head because he raised him better than this. 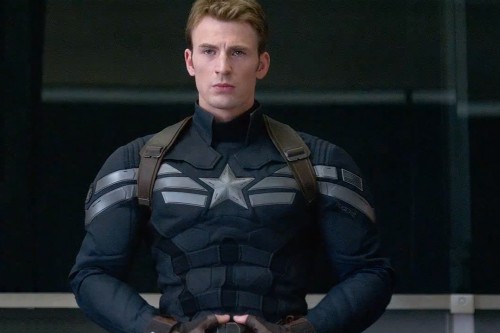 Captain America: The Winter Soldier deals more directly with Rogers’ post-war disillusionment than any other MCU film to date.  While he “thought that [he] could throw [him]self back in, follow orders [and], serve,” he realizes that “it’s just not the same.”  He tours the Captain America Museum, trying to make sense of the myth he’s become and the life that he’s lost: a girlfriend who moved on in his absence and a best friend who never came home at all.  He sits in on VA support groups, where a younger generation of soldiers also struggle with reintegrating into civilian life.  When he visits an infirmed Peggy Carter, who admits that while he “saved the world[,] we rather mucked it up,” we are forced to watch his heart break when her when he has to explain to her once again why he’s still alive after nearly seventy years due to her having Alzheimer’s.

The real sucker punch for him, however, is that Bucky – the childhood friend whose death in World War II he still blames himself for – is not only alive, but has been brainwashed by Hydra into becoming The Winter Soldier: the assassin who not only took out Nick Fury, but JFK and Howard and Maria Stark (Tony Stark’s parents).  Rather than falling into Watchmen’s apathetic despair – shouting “what happened to the American Dream?  It came true!  You’re lookin’ at it.” – Rogers pulls himself up by his bootstraps, trades in his sleek, covert uniform for his star-spangled getup from The First Avenger and vows to bring his friend back from Hydra’s control: a microcosm of the socio-political conflict of the film.

In a rare turn for sequels, Captain America: The Winter Soldier succeeds at surpassing its predecessor: maintaining The First Avenger’s virtues while culling the chaff.  Hayley Atwell is just as convincing as a frail old woman as she is as a capable young agent.   Despite already possessing a surprisingly deep filmography, Anthony Mackie gives a remarkable breakout performance that’s bound to finally earn him his cinematic due.  Samuel L. Jackson is badass enough as Nick Fury that it’s easy to forget that he’s pushing sixty-six years-old himself.  Chris Evans continues to channel The Greatest Generation’s determined idealism into Steve Rogers while Scarlett Johansson plays the facile superspy with such skill that I still can’t figure out why we haven’t gotten a solo Black Widow film yet. 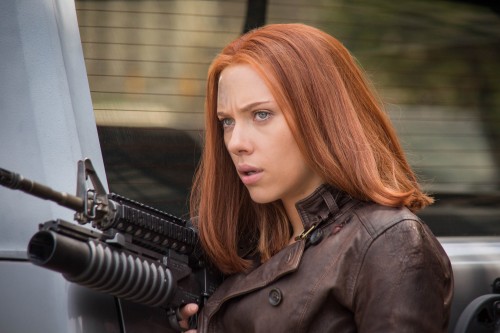 Contrary to the utterly forgettable and somewhat bumbling Armin Zola that we got in the first film, the Zola of The Winter Soldier is chillingly to-the-point.  Alexander Pierce is the intelligent, charismatic, real-world villain that Marvel has always lacked.  And The Winter Soldier – America’s longest-serving POW – is so complicated, nuanced and tragic a character that it hardly serves to simply call him a villain.  With one film, Markus, McFeely and the Russos solved “The Marvel Problem:” forgettable, if functional, villains that merely serve to further the narrative and give the film’s Avenger of choice somebody to punch.

Whereas The First Avenger’s climax was disappointingly cut short by the untimely disappearance of The Red Skull, The Winter Soldier’s much more personal apex is carried through to the thoroughly satisfying conclusion that its predecessor lacked.  While the first film wanted for the expected post-credit scene that had already become Marvel’s signature flourish, The Winter Soldier has two: one mid-credit and one truly post-credit, each with its own implicit ramifications for the Marvel Cinematic Universe.  Rogers’ and Natasha’s playful, back-and-forth banter – ranging from trying to set Steve up with coworkers and the best way to go on the run – is just the kind of levity that the grounded seriousness of the first film didn’t allow for.

Anthony and Joe Russo, whose directorial credits until now consisted of TV show episodes, TV movies and the ill-conceived You, Me and Dupree, emerge from The Winter Soldier as latter-day Dario Argentos.  Their restless camerawork, combined with Henry Jackman’s riveting score and the iconic shrieks that herald Bucky’s presence, give the film a frenzied, unrelenting energy all of its own.  While Joe Johnston occasionally gave in to over-direction, the Russos are contented to sit back and let the strength of the cast and writing move the scenes forward when that will suffice.

Whereas The First Avenger was a sprawling World War II epic, The Winter Soldier is a gritty, Nolan-esque spy thriller where everyone is suspect and nobody is innocent.  It is a masterpiece of post-9/11 paranoia and 21st Century realism.  It delivers on the promise of The Avengers: that Phase 2 can continue to produce interesting, nuanced films beyond Phase 1’s origin stories.  This film is an easy 10 out of 10: combining the best features of superheroic action and Nixon-era espionage.

If you asked me how many Disney Princess variants we’ve featured over the past six years on Unreality, I’d laugh in your face and say I lost track at “Disney Princess Sloths.” But if you…

It’s with a heavy heart that I report that Pacific Rim ended up coming in THIRD place this weekend behind both Despicable Me 2 ($44M) and Grown Ups 2 ($42M). $38M wouldn’t have been the…

Another day, another magical use of photoshop. Steven Spielberg once famously replaced all the guns in ET with walkie talkies to make the film a bit more kid friendly and 100% more stupid. Well, what… 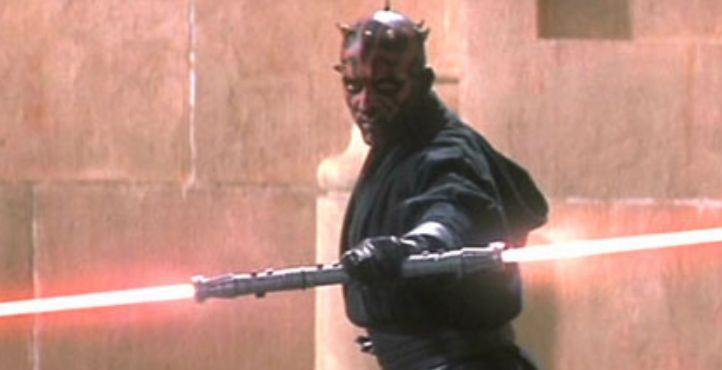 Movies often provide us with the chance to escape reality for a couple of hours, so in a violent movie, normal, regular weapons won’t always do.  To take on imaginary armies and beasts, you’re going… 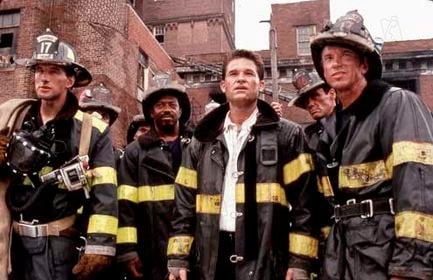 Thankfully, firefighters have for the most part been given their due as heroes, and society has recognized the dangers associated with the job.  So, when a firefighter is portrayed as brave or heroic in a…