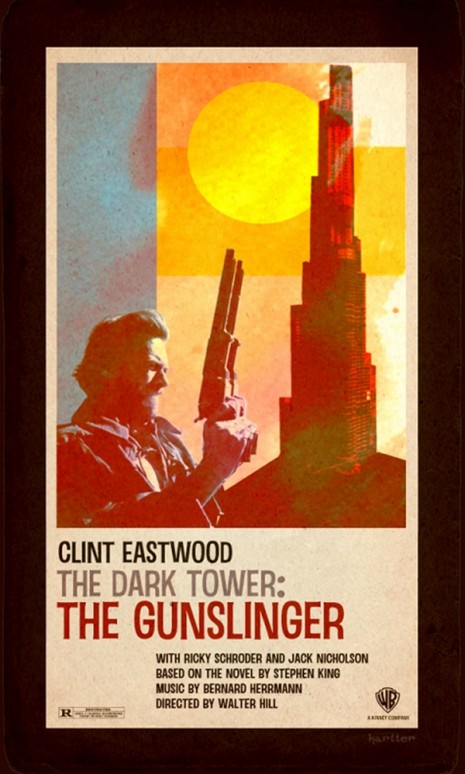 The Dark Tower septilogy by Stephen King is one of my favorite book series of all time, but I am fervently against it getting a film adaptation. The world is too bizarre, too expansive and too high concept to ever be rendered effectively onscreen, not to mention the man who was born to play Roland Deschain is in his eighties now.

But what if that wasn’t the case? What if the books had been written in time when Clint Eastwood COULD have taken on the titular role? Sean Hartter had that idea and crafted this series of posters which imagines a universe where such films were made. Jack Nicholson, Pam Grier, Harvey Keitel and Ricky Schroder also star. Check out the cast list on all the posters for even more notable additions.

There was actually a planned adaptation of the series recently with Javier Bardem (ugh) in the lead and Ron Howard (double ugh) directing, but that fell apart due to the reasons I’ve already brought up. Thank God.

Check out the rest of the poster set below. 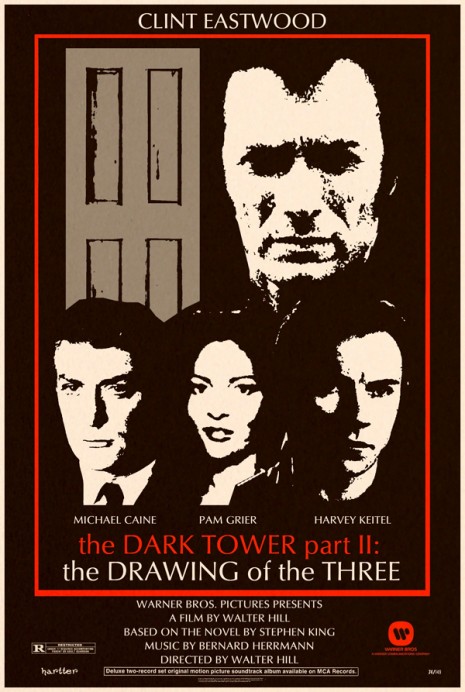 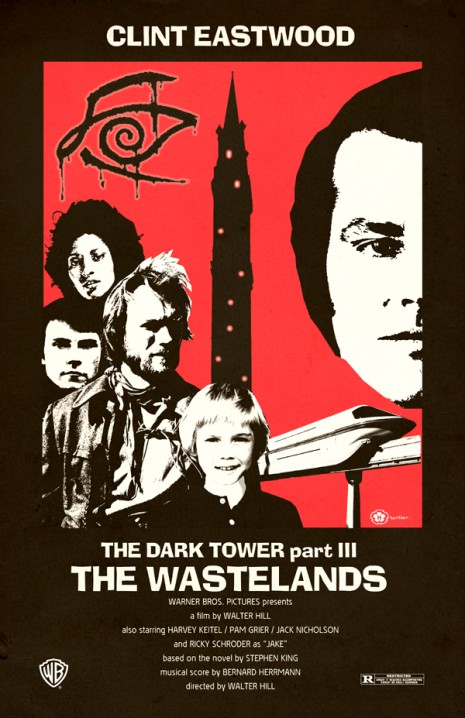 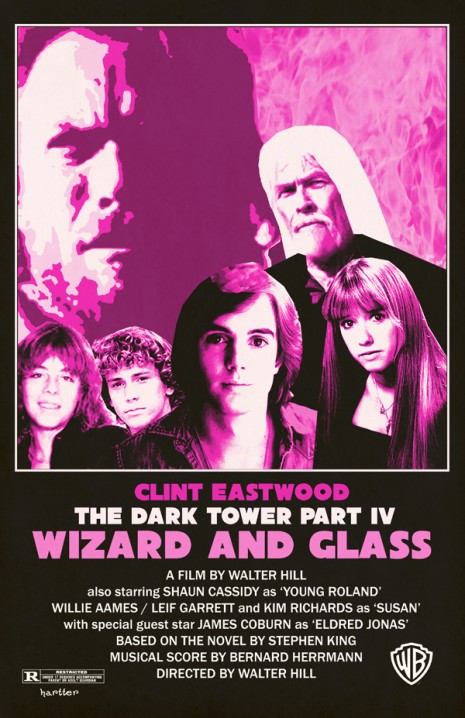 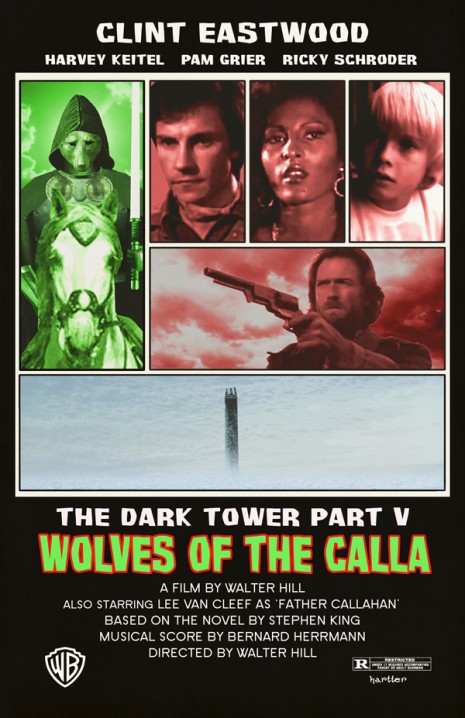 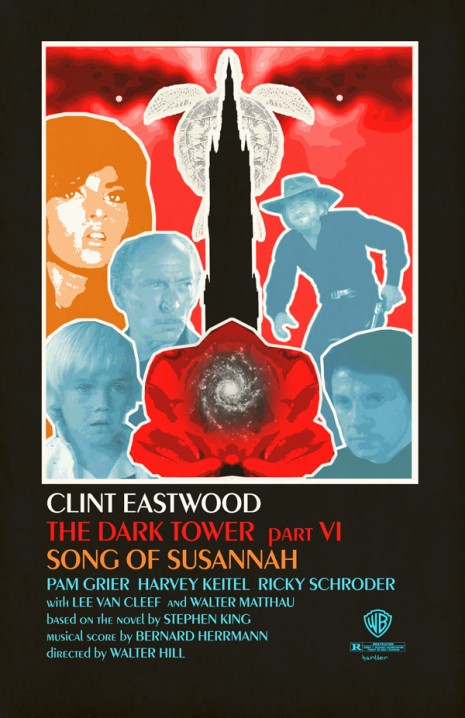 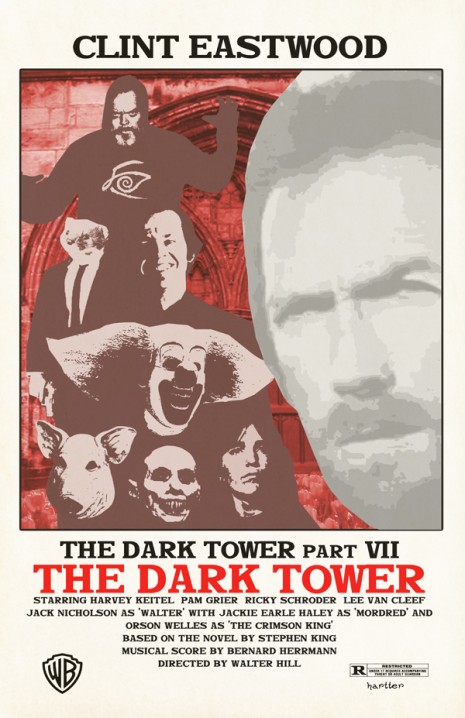