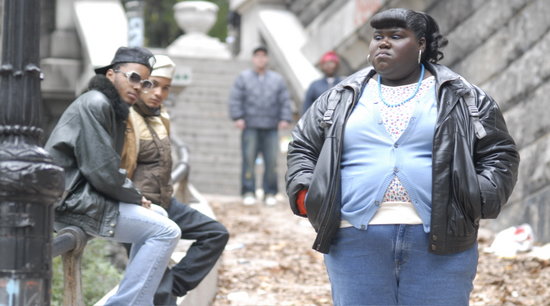 By now, you’ve probably heard the comments Howard Stern made about Precious star Gabourey Sidibe and the praise she received from Oprah Winfrey.  Essentially, Stern said that Sidibe – despite her recent Academy Award nomination – would not be appearing in movies in the future because of her obesity.  Stern also criticized Oprah, calling her a “filthy liar” for telling Sidibe that she has a bright career in acting ahead of her.  Being that this is Howard Stern, his comments were pretty colorful and frank, and of course many people have rushed to attack him and defend Sidibe.  The thing is – and this is more of an indictment on Hollywood than it is on Sidibe’s weight or acting talent – Howard Stern is absolutely correct. 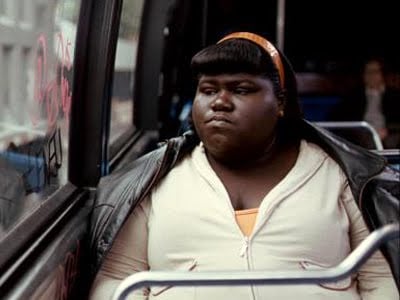 Whether or not Sidibe was deserving of her nomination for Best Actress is largely irrelevant with regard to Stern’s comments.  Sure, Precious was Oscar-bait, but that doesn’t mean it wasn’t one of the better films of 2009.  And as I’ve written before, Mo’Nique’s performance was incredible.  As for Sidibe, I thought she was fine, but I also didn’t think she was anything special. Certainly, her performance didn’t make the movie, but the fact remains that she will likely be remembered more for her size than for how she portrayed Precious on screen.  Regardless of how you rate Sidibe’s performance, though, it’s difficult to deny that she’d be well-cast in future roles, particularly those of a protagonist.  There are only so many leading roles that call for a morbidly obese actress.  I’m not trying to pick on Sidibe, but her overwhelming size will undoubtedly prevent her from playing the lead in future films.

And again, this really has nothing to do with her ability as an actress.  The fact is, for better or for worse, people enjoy watching people like Jessica Alba and Scarlett Johansson no matter what those actresses are doing.  It’s the same reason that guys like Paul Walker can still find work – audiences enjoy looking at good-looking people on screen.  That’s not to say that odd-looking actors and actresses can’t be successful, but Sidibe is hardly odd-looking; her weight is impossible to ignore.  Sidibe will likely find work doing cameo appearances or even in recurring roles in which she’s not the lead- she’s just been cast as a student in the upcoming Showtime series “Big C” – but I think it’s safe to say that she’s peaked with her performance in Precious. 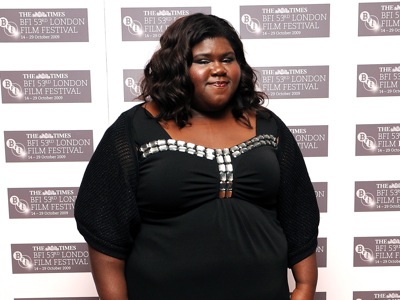 Of course, this is where Stern’s condemnation of Oprah stems from.  I’d be willing to bet anything that Sidibe will never be nominated for Best Actress again, and like I’ve stated above, it has nothing to do with her ability as an actress.  Because Sidibe is unlikely to star in future films of any sort, Oprah’s telling Sidibe that her Oscar nomination was just the beginning for her was somewhat disingenuous.  Sidibe isn’t the next Kate Winslet, and she’s far from Carey Mulligan, too.  To get her hopes up like Oprah did is nothing more than a white lie that will serve only to set Sidibe up for disappointment in the future.  I don’t think Oprah is naive enough to believe that Sidibe has a long, prosperous career as an actress in front of her and so, regardless of her intentions, Oprah’s motivational praise will end up doing more harm than good in the long run.  I wouldn’t go so far as to call her a “filthy liar” like Stern did, but I do understand and agree with his general sentiment.

Of course, I haven’t even yet mentioned that Sidibe’s weight is bound to cause major health problems for her in the future.  If she’s diabetic and has heart conditions, the roles she manages to land won’t matter one bit.  We’re not talking about a heavy girl here; this is someone who is obese to the point that it may be life-threatening. 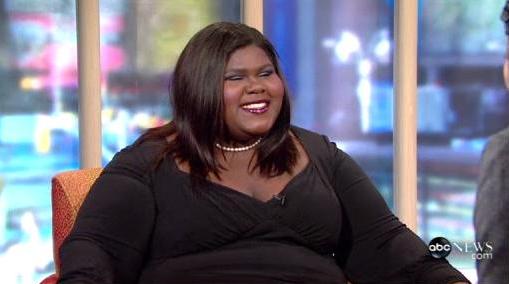 Sidibe could lose hundreds of pounds and prove me wrong, but I don’t think that’s very likely.  I’m also pretty confident that due to the nature of Hollywood and movie-going audiences, she’s going to have a real hard time finding significant roles in the future.  Throw in the fact that there really aren’t too many morbidly obese protagonists (Can you name more than two?  I bet you can’t.) and that Sidibe is a walking health risk, Howard Stern was absolutely correct in stating that Sidibe’s career has peaked and will be forgotten soon enough.  Again, I’m not trying to pick on Sidibe – I hope that I’m wrong about all of this – but based on the aesthetic preferences of the general public, I have no choice but to agree with Howard Stern.  He may be an a**hole, but he’s also incredibly in touch with how people think.