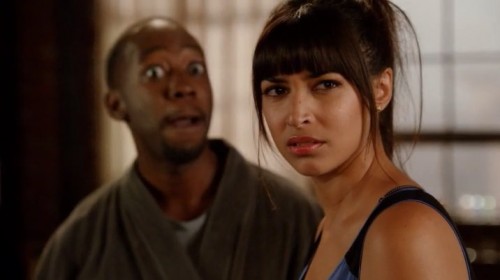 It’s that time of year again – your favorite TV shows are back, or about to come back.  Yes, the huge, big deal shows – Mad Men, Game of Thrones – are approximately 46 months away from just starting to think about a teaser trailer for the new season, but the “kick back and enjoy it” shows have either started up again, or are about to.  Archer will be back in a few months.  New Girl is a few episodes into the new season.  Community is coming early 2015.  Parks and Rec will be back mid-season for a last hurrah.  Bob’s Burgers just came back about a week ago.

When it comes to shows like these, where I’m pretty much in it for the sheer entertainment, I tend to care about what happens and what direction the series is going.  This is a pretty odd stance – I didn’t care about The Wire or Breaking Bad in this way.  It has something to do with the fact that those shows were so good, I didn’t need to care – I trusted them enough that I knew wherever they went, it would be awesome.  I know it doesn’t make any logical sense.  It’s kind of like how you don’t want to step away from the TV during an important game, because your team is somehow affected by the invisible Concern Rays shooting out of your head.  If your team is really, really good, they don’t really need your help.  Which is to say I don’t feel particularly concerned with how Mad Men is going to wrap up; it’s a brilliant show, I’m pretty sure whatever they do is going to be awesome.  But New Girl could so easily become terrible – it’s already kind of teetering on the edge.  I feel like I have to care about it more.

So, in the spirit of those Invisible Concern Rays, here are a few things I hope happen to my favorite underdog shows.

What I want for Parks and Recreation: To see how creative they can be with a final 13 episodes where they’re abandoning one of the pillars of the show – the mockumentary format.  Not only that, but the last episode of Season 6 (which could have been a perfectly satisfying series finale) jumped the show 3 years into the future.  They can do literally anything now; free of the format and free of previous character arcs, we could see some wild stuff.  Jerry could be dead.  Tom could be wildly successful, or living in a cardboard box updating his Twitter feed.

It’s really the format change that has me excited.  Think about how pervasive the mocumentary style is.  Here’s a quote from the first 15 seconds of last season’s finale, which is Leslie Knope talking right to the camera.

“This may be the craziest week of my entire life.  I am six days away from the start of the Unity Concert, I am pregnant with triplets, I am trying to decide if I should take a job that will move me away from Pawnee, and I am speaking at the National Parks conference in San Francisco.”

A mockumentary isn’t exactly subtle about letting its viewers know what’s going on.  When you can do exposition with a blunt hammer, there isn’t really room for anything else.  Doing away with the format will force the show to explore new ideas, new outlets for exposition.  And since this is its last hurrah, it can pretty much be as creative as it wants.  Party like there’s no tomorrow, Parks and Rec.  Get real weird with it. 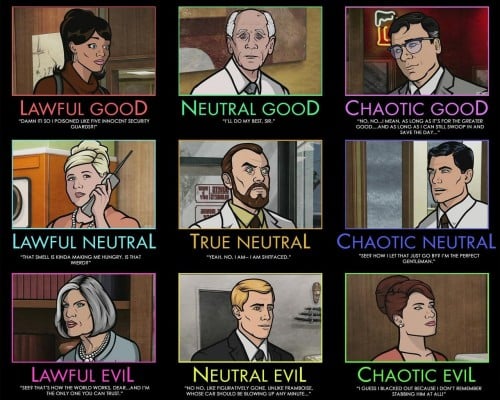 What I want for Archer: Take Lana off the leash.  With as crazy as Archer Vice got last season, she ended up being the Reluctant Moral Compass by default waaaay too often.  She’s at her best when Archer is fueling her crazy, and vice versa.  The season 1 episode “Skorpio” is a great example of this – I’d like to see that version of Lana make a resurgence, which would be a nice head-fake since she’s a mom now.

Obviously, this show can pretty much do whatever it wants and be awesome, but that sense of controlled chaos that permeates the best episodes usually has to do with it being a lot of crazy in a small environment.  Two of my all-time favorites are the blimp episode and the train episode, and a big part of those had to do with the fact that they were self-contained by the nature of the setting.  So, I’d like to see a bit more of that. 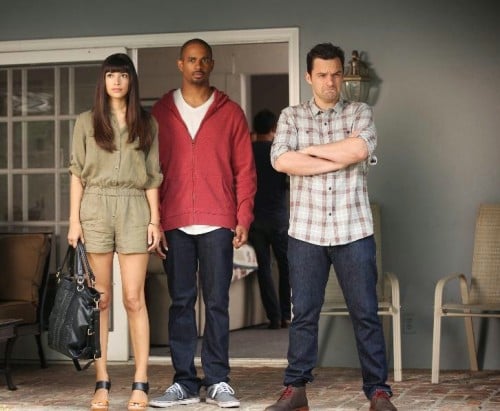 What I’d want for New Girl: For it to get its act together.  New Girl has a bunch of pretty awesome ingredients, but as a whole it’s in pretty serious danger of becoming lost at sea.  I’ve enjoyed the first few episodes of the new season so far, but I have a hard time figuring out what this show is about anymore.  Characters seem to randomly develop feelings, preferences, and personality quirks just to suit the whims of a certain 15-minute plotline.

In particular, the show really doesn’t seem to know what to do with Winston, and never really has.  He’s had some great moments over the first few seasons, but he’s too central to be just the guy who’s randomly, hilariously strange for 2 minutes an episode.  (I still hum his “puzzlin’ puzzlin'” theme song to myself – perfect microcosm; that moment was great, but it had nothing to do with anything.)

I’d also be eternally grateful if they could hit the reset button on Cece.  I vastly preferred her in the early days of the show, when she had that whole “mean girl with a heart of gold” thing going on.  Now, she’s mellowed out enough that she’s almost depressingly mediocre – working at the bar, getting stoned with Nick and Coach, hanging around the background.

I miss the Cece who, without even opening her eyes, told Schmidt, “if you tell anyone we held hands, I have two people in my phone that will kill you… literally.”

Bring back Cece Classic!  Sometimes you’ve got to move back to move forward.