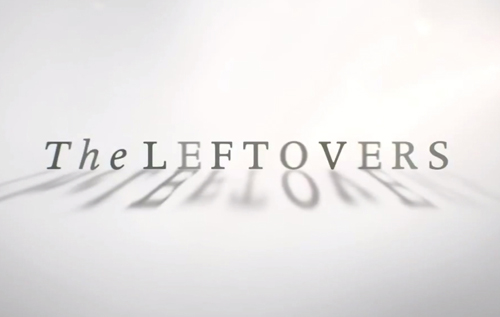 I’m continually blown away by this show. I know that plenty of people say that it paints a bleak and desolate picture, but those people are hastily judging without really watching what the show is depicting. If you haven’t made it past the first two episodes and you wrote the Leftovers off, please do yourself a favor and try and make it through episode six. (they’re on episode 8 now)

‘Cairo’ as the 8th episode is referred to, blew things wide open and introduced a lot of new ideas. Well, at least I took them as new ideas and developments. That’s what is awesome about the show – that it’s already 8 episodes in, with 2 left, and I’m still no closer to understanding much of what’s going on than when I started.

This uncertainty might frustrate most, but I thrive on it. It only makes me want to speculate and converse with friends about it more and more. (which is probably great for the show – the more people they can get talking – the better) Again, I’m not afraid of hiding the fact that I like the shows with a bit of mystery behind them. Shows that don’t make everything so black and white and that offer up more to mull over than the main plot, are ones worthy of my time. A strong sense of character development and underlying stories, at least for me, are what make up awesome shows. (see Breaking Bad, LOST, House of Cards, and Battlestar Galactica just to name a few) Couple all of that with the mystery of an unexplainable event and I’m sold. 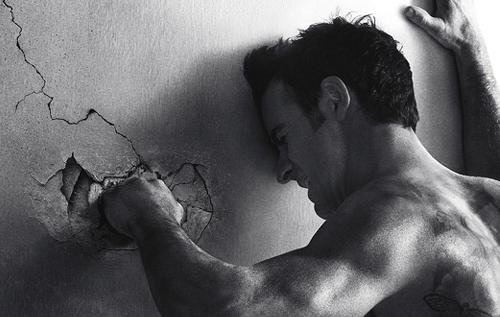 I’d punch walls too if I was this guy …

What you have to understand with the Leftovers, is that it’s not pandering to you. It’s not here to hold your hand and to walk you through what has happened step by step. It’s already told you what happened. On October 14th, the world lost 2% of it’s population. That’s it – there’s nothing more to say about it. That particular 2% just up and vanished and either you accept that and watch the show along with the characters in it, or you refuse to buy into the plot and give up. That’s at least what the pilot implies. The pilot for this show was a good firm foundation to start a viewership from. It was able bait and hook you just enough but if you didn’t hold on then the show was obviously not meant for you.

The Leftovers has this sort of innocuous feel about it to the point that when a dog barks, it sounds like its the most threatening thing ever. Which helps to build the tension and the suspense surrounding the events that are unfolding week to week. And yes, there are many events unfolding even though they might not be grand in scale. I’ve read some articles out there that would have you believe that the show is just complacent and that it’s just going through the motions, showing us little bits and pieces to help limp us along. There are also countless people already bashing Lindelof saying that he has provided yet another show without answers – though we’re not even through Season 1. What answers are you looking for exactly? 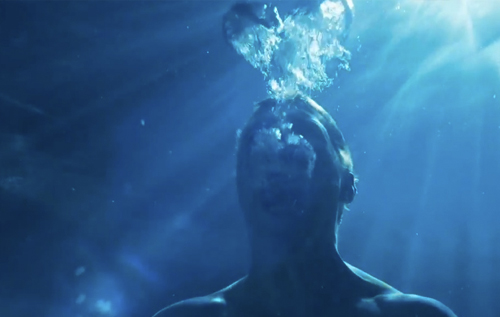 Don’t scream, it will be ok…maybe.

For those of you still on the fence, let me illustrate a few things to help you better understand what’s going on. (this is where I scream SPOILERS to save others who might be watching the show, or want to watch it without ruining anything ahead of time)

The best part of the show are the characters that are being peeled back week to week. To start, we’ve got the chief of police, Kevin Garvey Jr. who I would consider the main protagonist/star of the show. Now Kevin has a lot of family problems going on…his ex-wife is a member of the Guilty Remnant, he has a daughter who has her own deep rooted issues and is pretty much a b*tch towards him constantly, a son who technically isn’t his but who he cares for is gone to who knows where, and his own father is basically considered to be bat sh*t crazy and is locked up and being “looked after”. You would think that a guy who didn’t lose anyone on the 14th would be alright and get by almost as if nothing had happened, but Kevin seems even worse off than a lot of others. Kevin’s daughter, Jill, I felt was just a teenage brat who was somewhat of an underdeveloped character until this past week. Now I’ve learned that Jill has been looking for any signs of hope that people can change and are able to move past what has happened. I think she has hit a major turning point now that she found Nora’s gun. Finding the gun proved that while Nora was acting like she was ok and was finally able to move on, she is anything but ok. Which causes Jill to do the one thing she was hoping she wouldn’t have to do. (thought it was a great little tid bit to hide the gun in the ‘Trouble’ game box – under the child’s bed) This brings us to his father, Kevin Garvey Sr. Poor guy talks to people who aren’t there and is trying to convince his son to listen to those people. What would you do if you had to take over your father’s old position on the force and then constantly have to lock him up for being a crazed lunatic? Not to mention, Kevin is now dealing with his own problems of possibly having a split personality disorder, but only when he’s asleep. I wonder what else he has done while he’s been “the other Kevin”…?

That’s just an example of one character and how he ties in to all the multiple characters surrounding his story. The rest of those supporting characters, while not maintaining a ton of screen time, all have fascinating stories of their own. Another that has not been fully developed, is the one of Kevin’s “son” and Holy Wayne. While we don’t know exactly what Wayne has planned, we do know that he has the ability to “take away the pain” from people. Now you could take this idea in a lot of different directions. You could put a religious spin on it, you could put a sci-fi spin on it, or you could just chalk it up to being stupid parlor tricks, either way, there’s more to Wayne than we know so far. (aka: the babies?!) Then we’ve got everyone’s favorite – the GUILTY REMNANT. If anything pulled you into the show – it was the members dressed in white who don’t speak and have a chain smoking problem. Consider me completely blindsided by what unfolded this week with their leader Patti. I’m going to save that for you to watch – but if you think you understand what the GR are up to … this event might change your mind. I could go on and on about every single character of the show and spell out everything that is happening to them, but I’ll save that for those of you who are curious to know more and will hopefully dive into the show. 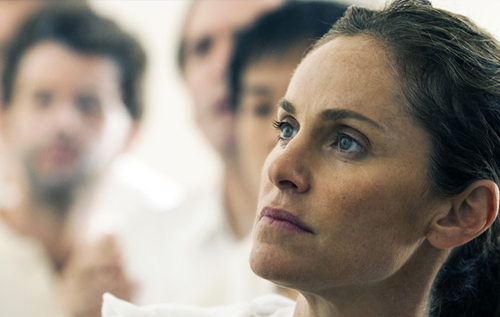 The leader rises among the ashes of cigarettes …

Ultimately I feel that the Leftovers has given us a lot to chew on. The show is about people, the relationships they have with one another, and if everyone can learn to cope with depression and earth shattering events. Can society bounce back from something like October 14th? That to me is the question that needs answered, not the question about what happened. I’ve been a fan since the pilot but that doesn’t mean that they’ve all been superb episodes week to week. There have been slow points in the plot and some really depressing moments, but it’s definitely a show where that hour just flies by. Granted, I could just be some sick bastard who enjoys watching others struggle with their agonizing situations … but aside from that, it’s just a good solid show. If you give yourself a chance to grasp it and understand what is going on, rather that writing it off due to it not being all happy go lucky – you might be pleasantly surprised.

** So, if anyone out there is a fan of the show and you have thoughts you’d like to discuss – please do in the comments! I’d love to hear from you and to talk about the show. Maybe you have theories of what’s going on and could enlighten me on things. I don’t claim to be the expert on the show by any means. Just a fan with his own ideas and speculations.

Alright, so let me clarify what this post is about. This is not a list of the most badass TV show characters over the years. It’s about the most badass LOOKING ones. The difference is…

It was the first Dexter premiere where the first few moments had been anticipated for the entire lead-up to the new season. Yes, there have been gripping finales, and we all wanted to see what…

I vaguely remember this episode, but I can’t quite place it. If I had about sixty free hours on my hands, I’d write a “Top 50 friends guest stars you totally forgot about” list, but…

This week’s Game of Thrones wasn’t quite as action packed as last week’s, but to me it was one of the most interesting episodes so far, and it certainly raised the most questions. Plots are…

At last, HBO is back. I’ve been waiting a for a new show to get excited about for a while now, and I think Game of Thrones just might be it. Yes, I’ve recently made…