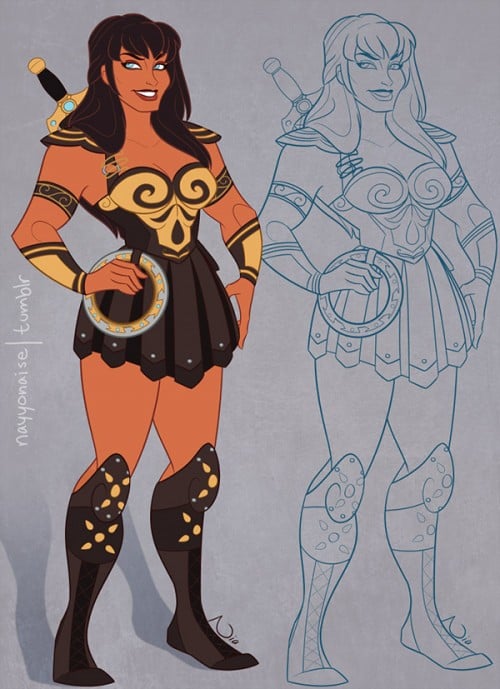 Despite the “princess” identifier in her name, Xena has not a terribly large amount in common with princesses of the Disney variety. Until now, that is. The character has been given a Disney-style animated makeover by artist NIA, who has also done Gabrielle as well who you can see below.

NIA says she’d love to see an animated Xena series, but I think given the rate Hollywood is moving with reboots, we’re probably more likely to see a gritty PG-13 reboot of the character starring Milla Jovovitch or something. Or you know, Lucy Lawless, because she hasn’t aged and is still amazing (and about to start kicking ass on Agents of SHIELD).

Check out the other pictures below: 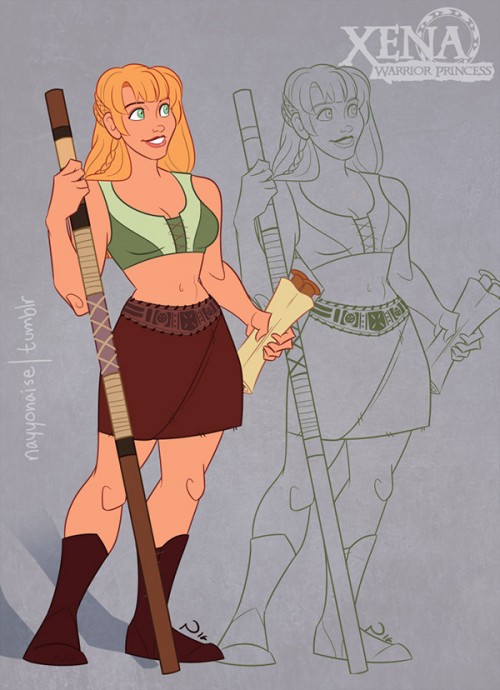 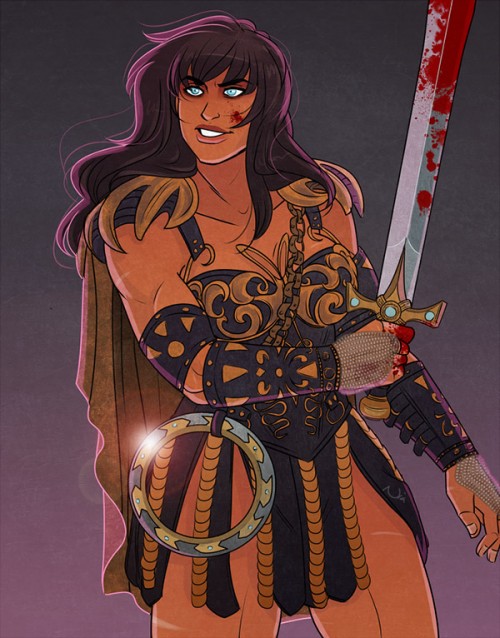 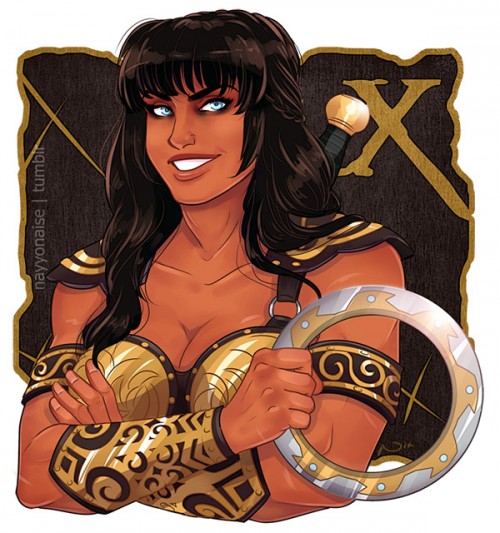 (click to enlarge) Our favorite pop culture artist, Olly Moss, is back with some new art chronicling the various stages of Walter White throughout his life on Breaking Bad. The first two are a transformation…

If you’re like me and have easily amused friends, your Facebook newsfeed is currently cluttered with images that are six pictures on top of a black background with a specific job title at the top….

I like minimalism, I like Game of Thrones, therefore it stands to reason I like a well done combination of the two. This series of simplistic Game of Thrones images from Thomas Gateley shows the…

I’m continually blown away by this show. I know that plenty of people say that it paints a bleak and desolate picture, but those people are hastily judging without really watching what the show is depicting. If…

When it comes to talking about shows with people in real life, there’s one theme that sticks out: what you like, what you don’t.  Since Netflix and Hulu have come to dominate the market (and…