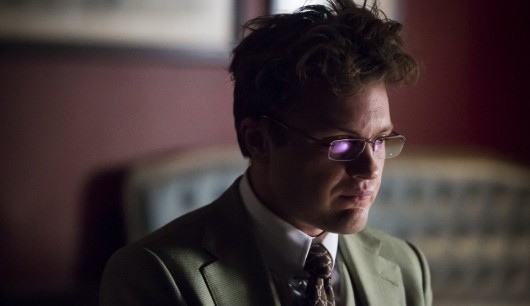 Some of y’all have probably heard this by now, but Hannibal’s own Michael Pitt has left… uh, Hannibal. To be direct, this is a huge bummer. Not because it taints my enthusiasm for the show. I’ve seen Pitt’s replacement Joe Anderson in a few things (particularly Across the Universe, in which I thought he was basically great). Even more than that, I trust Bryan Fuller and his team to simply roll with the punches and keep delivering hours of excellent television.

None of that changes the simple fact that Pitt leaving is disappointing, and the dude deserves a couple hundred words to make note of what he’ll take with him.

(SPOILERS for most of the show so far) 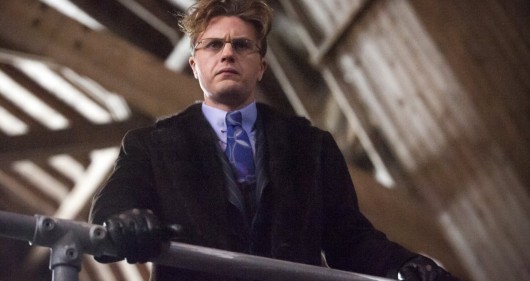 Hannibal, as is probably obvious from the title, belongs to Hannibal Lecter. Though that seemed a little unclear from time to time, all doubt vanished in the finale when he walked out of that house with hardly a scratch on him. The show belonging to him makes for interesting story gymnastics, since Lecter usually plays the villain of the piece. Will Graham — and later, Jack White — have at times made a strong antagonist to Hannibal’s efforts, but he (Hannibal) still ultimately views his FBI colleagues as strange friends. They regularly join him for dinner, even if they don’t know what they’re eating.

Mason Verger, on the other hand, is an honest-to-goodness villain to Hannibal and the FBI alike. And he’s awesome at it, mainly because he actually manages to get under Hannibal’s skin. Though the cannibal rarely balks at the excesses or neuroses of his adversaries, Verger represents something he genuinely can’t stand: Childishness.

Verger acts like a spoiled brat in the body of a thirty-something, and Hannibal can’t stand it. Watching Pitt’s childishness work like sandpaper on Mikkelsen’s refined, cultured killer provided one of Season Two’s greatest pleasures. Verger is the anti-Hannibal. 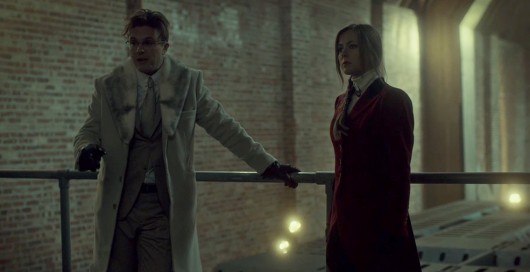 Given that Mikkelsen has (for me, anyway) become the defining incarnation of one of the screen’s most memorable villains, this was no small request to make of actor Michael Pitt. To be brief again, he aced it.

Playing Mason Verger requires making a cartoon character believable. There aren’t many actors who could have come close to selling scenes like the one in which Mason snatches away the tears of a crying child to spice up his evening cocktail. It’s a really creepy idea, but it’s also the kind of idea that could easily come off as simply dumb in the performance.

And maybe it does to some people. Hannibal certainly doesn’t mind delving into pulpy or outright campy material from time to time. Its core concept quickly becomes as ridiculous as any sci-fi story, at least on the scale of sheer believability. How many serial cannibals can one television show manage? The Vergers, and Mason in particular, were a key element in transitioning from the nearly-realistic tone of the first season into the lurid insanity of the second. 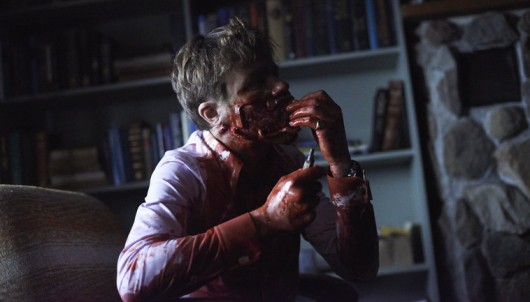 The coup de grace of the Verger plotline, obviously, is that scene where Hannibal talks Mason into eating his own face. Again, Pitt steps up to the plate in a big way, leaning hard on the basic absurdity of the idea and making it just as funny as it is creepy. Which, naturally, feels way more disturbing than if he had gone for a more serious take.*

(I would also lobby for the potentially controversial idea that Mason Verger was the best-dressed man — and this is a show where that really means something.)

And now he’s gone. We’ll always have the memories, I guess. And like I said, none of this adds up to full-out tragedy. Great as he was, Mason Verger was only ever a side character to the core drama of Hannibal’s tangle with the FBI. I even look forward to seeing what Joe Anderson does with the role.

But man, this guy is gonna be hard to let go: 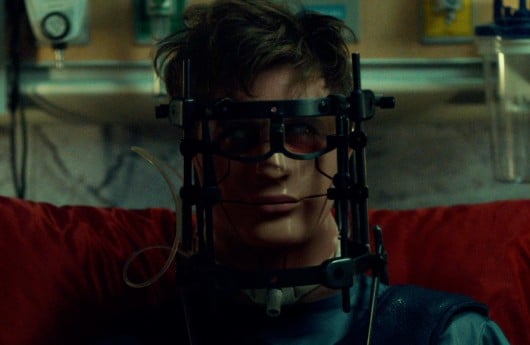 What’s your favorite Mason Verger moment? Are you as stoked as I am about this show coming back (or even existing at all)?

*Am I the only one who kept getting a Ledger-as-Joker vibe from his performance? Given his final state at the end of the season, it almost seemed intentional.

Instagrammer and artist Graphitist got the amazing idea to do a mash up between a Slow Loris and Loras Tyrell, the result of which you can see above. I’m not sure how many drugs were…

Though there are many TV programs universally recognized as being the “classics” of the medium, real life doesn’t always match critical perception. Due to either personal preference or everyone else simply being wrong, it often can be…

httpv://www.youtube.com/watch?v=edflm7Hh3hs For some strange reason I grew up watching Voyager instead of TNG, but I do appreciate it as probably the objectively “best” Star Trek series. That said, I’m surprised it lasted so long as…

Grab your Time-Turners, Unrealtors, this edition of Assorted Hats is going back to the Swinging Sixties to sort the ladies and gents we all love to call the Mad Men. They came up with the…

Is everyone ready for Thanksgiving?  I for one find it to be one of if not the best holidays out there.  We do nothing but stuff our faces, watch television and pass out.  What more…