Unfortunately, there is no simple and straightforward answer to the question of why The Last Jedi has proven to be so divisive for the Star Wars fandom, not least because different people complain about different narrative choices. For example, some people hate the idea that Luke has been reduced to a hermit hiding out on a planet because of the catastrophic consequences of a moment of weakness, which may or may not be connected to the fact that he was the childhood hero of a lot of people out there. In contrast, other people hate the idea that Snoke was eliminated so soon and with so little explanation so that Kylo Ren could step into his place as the primary villain of the current Star Wars trilogy, which might have been particularly irksome for Star Wars fans who have become used to reams and reams of backstory for Star Wars characters.

Whatever the case, it is clear that the Star Wars fandom has its divides over The Last Jedi, which is why the Honest Trailer has brought back its old narrator to attack the movie while its current narrator defend it. The result is an interesting back-and-forth over The Last Jedi that favors neither side of the divide but instead provides it with an interesting look at how it has polarized Star Wars fans. As a result, whether Star Wars fans fall on one side or the other, the Honest Trailer is well worth checking out. 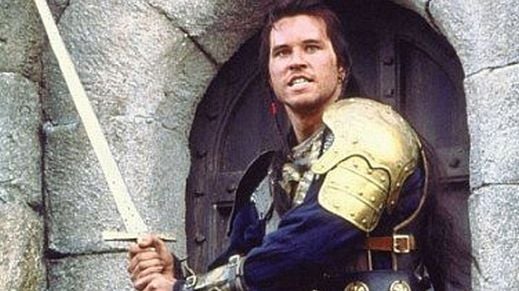 It’s been an argument of my buddy Nick that Val Kilmer is the best actor of our generation.  And by our generation I’m referring to guys between the ages of 27-33ish.  That’s a pretty bold…

We’ve all come across at least one Star Wars fan who has a big crush on Princess Leia – especially in that minuscule gold bikini, right? But what about all the gorgeous, sexy, clever non-humans…

(click to enlarge) Will you look at that? No, not the many faces of Daniel Day Lewis, the fact that I was able to get through an entire day without a single Skyrim post. Amazing!…

I have been on a horror kick again, and this is bringing to the surface of my mind a slew of sick, twisted horror films I have not yet recommended to you.I started to amend that Monday,…