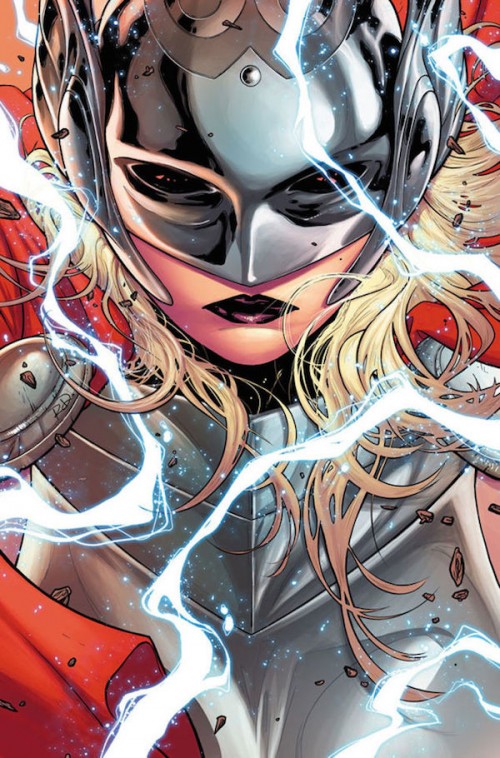 Considering comic books were popularized when it seemed like nearly the only people interested in them were white males, and as such we got a lot of white male heroes that still exist to this day.

Marvel is attempting to rectify that by changing a few of their heroes. They made Spider-man a black teen, Ms. Marvel a Muslim girl and now Thor? She’s a lady. But not Lady-Thor. Actual Thor, so says writer Jason Aaron.

It’s an interesting idea, to simply up and change the gender of a major hero like this, making it canon and not some “alternate bizarro universe” switcharoo. What do you make of this? Cool way to promote gender equality among superheroes? Or should new female superheroes be developed instead?

The word “nightlight” and “badass” don’t really go together…ever, as you buy one in order to make you not pee your pants with fright when you’re in the dark as a kid. Or as a…

X-Men Days of Future Past definitely played their cards right by “re-setting” what happened in a few of the other movies that came before it. Now Bryan and company are able to pick up where…

Or is it “Oy!” One’s Jewish, one’s punk rock, not sure which. Artist Jame Zolk, aka Optic Blast, has come out with a new series of prints that show famous punk rock icons redesigned as…

Now that the movie is out, this is some important information you’ll need to know. Via

These two have been calling themselves the God of Thunder for years now, so it stands to reason that this battle has been brewing for a while. Here it’s been illustrated by EnygmatycNinja, and he’s…