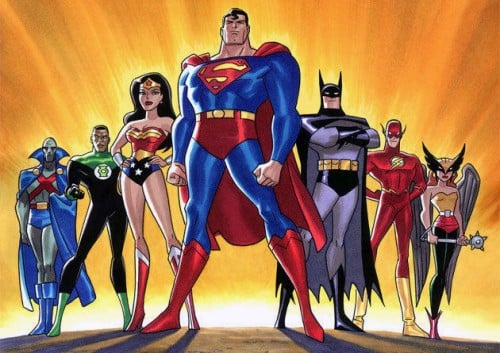 To Whomever This May Concern:

Alright, look: I really have nothing but respect for the many comics properties you’ve created over the years.
For example, take Superman.

In December, 1978, you guys really broke the mold when you brought Superman – The Movie to theatres. People forget – but I haven’t – that, before that singular motion picture, comic book characters were largely stuck in half-baked, low-budget television productions that never quite added up to the magic, mayhem, and mystery long-time readers enjoyed by reading monthly installments. It won a Hugo for Best Dramatic Presentation and an Oscar for Special Achievement in Visual Effects, for Pete’s sake, so don’t try to tell me you guys didn’t know what you were doing back then.

Not good enough? How about Batman?

A little over a decade later, you struck lightning again: Timothy Burton’s Batman (1989) graced the silver screen, capitalizing on a slowly-fueled marketing frenzy that started with DC Comics’ publication of Frank Miller’s stellar “The Dark Knight Returns” several years back and led all the way up to the picture’s premiere. Again, most folks don’t know this, but those of us who were around and had been following the property for years know how instrumental Warner Bros. was in the marketing build-up to make the film ‘an event picture.’ For the most part, it delivered, again changing the way graphic stories were adapted for cinemas and television. 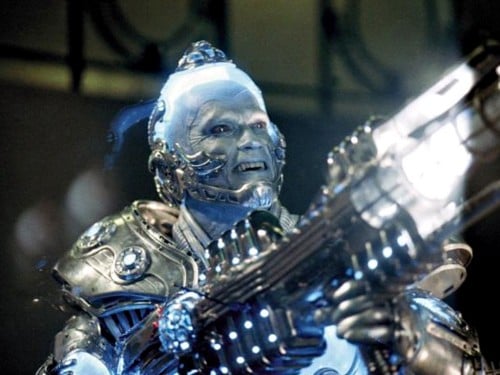 Now, I’ll give you a pass on Joel Schumacher. I get that he was the ‘in’ thing at the time, and, who knows? Maybe you were drunk.  Maybe you were secretly courting the LBGT community for their consumer-spending dollar but too ashamed to go public with it.

Still, the era immediately following Burton’s first film even gave comic readers the absolutely stellar “Batman: The Animated Series,” a show that – even to this day – many of us point to as the textbook example – the highwater mark – of precisely how to do comics-for-television. Heck, it even gave us “Superman: The Animated Series,” and that show is head and shoulders above that visual fart that was Bryan Singer’s God-awful Superman Returns, a vanity project that should’ve killed all vanity projects for decades.

A soft Kevin Spacey … as Lex Luthor? What’s wrong with you people?

Clancy Brown was Lex Luthor! Only a Highlander could kill him!

And, even though I’ve been critical of many elements of his films, Christopher Nolan did the unthinkable when he brought the Bats back to the big screen in such accomplished glory after you allowed the character to stagnant in obscurity for far too long. Heck, Nolan even gave Bruce Wayne as much, if not more, screen time than the Batman, and the films were still successful.
What do you possibly mean in now telling fandom that an inevitable Justice League movie is on hold?

I mean, you saw what Marvel Entertainment did with The Avengers, right? You saw their Iron Man. You saw their Thor. You saw their Captain America. Heck, knowing how Hollywood types operate, you probably even saw both of the tepid Fantastic Four movies, and, yet, still you can’t bring yourselves to green light a Justice League movie?

You say, “Yeah, uh, we don’t wanna confuse audiences by having multiple actors playing the same superhero. See, that confuses them.” 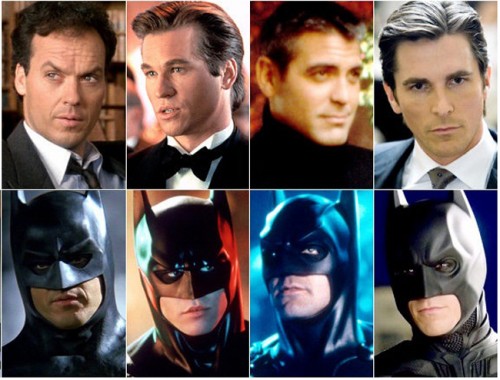 You say, “Yeah, uh, well, we want to wait and see how the next Superman movie does before we sink money into it.”

Uh … hello? The last I knew, you’ve had a Justice League script lingering in limbo for ten years (probably more, though you’d never admit it publicly), and you’ve had some fairly respectable directors interested in giving it a shot. In fact, it’s been rumored that George Miller’s take was legendary – L-E-G-E-N-D-A-R-Y, like The Empire Strikes Back kind of legendary. That’s not good enough to take the risk?
All you need to do is consult a couple of respectable fanboys (or fangirls) to find out why Superman Returns didn’t perform to your expectations. All you gotta do is peruse the internet to find out why Ryan Reynold’s time in CGI failed to ignite a Green Lantern.

Look no further than your animation department.

Look over to the cat you hired a while back to manage your direct-to-DVD DC properties.

His name is Bruce Timm. 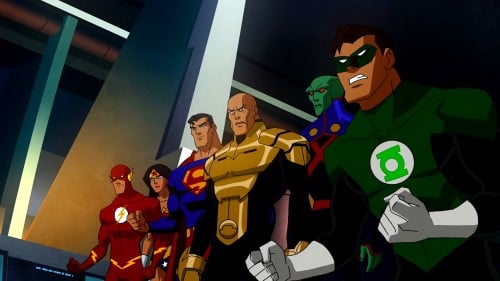 If memory serves, he’s been involved in bringing an unimaginable number of DC properties to fruition, including two of the aforementioned animated series (Bats and Supes), as well as a string of faithful, respected, and G-O-O-D DVD releases to the marketplace.

In fact, I’ll go so far as to mention that, even though I’ve always had some qualms with Frank Miller’s The Dark Knight Returns, Bruce Timm made me a believer when he completed – as fans have long wished – an animated adaptation, the second part of which you folks only released recently. That two-parter is nothing short of stunning, and that’s exactly the kind of guy I’d want overseeing a property like the Justice League or, at the very least, heading up the efforts directly in much the same way Christopher Nolan did Batman and, now, is doing the same with Superman.

There’s a horse in your stable, Warner Bros. and DC.

Let him out in the yard to run.