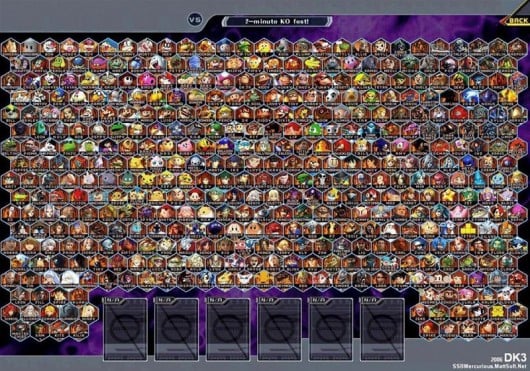 With the release of two new Smash Brothers games this year, I’m of course thinking about one thing: who they should include in the next one. Yes, yes, I’m that awful cliché of a gamer who can’t be happy with what I’ve been given and have to hold out my hand asking for more more more. Shame on me.

But what can I say? I adore the smashing of all siblings in the digital domain and hope that Nintendo makes new iterations of the series for every system. Even if it is…considerably…similar to the game that first appeared centuries ago on the N64, I think of it as one of gaming’s best examples of “if it ain’t broke.”

So with my eye to the far future of electronic entertainment, I’m going to suggest some new gaming guys and gals to enter the fray. I’ll be borrowing on past Smash traditions, showing how they could fit into the gameplay and aesthetic of everyone’s favorite Nintendoriffic nostalgic free-for-all. Get ready for some left turns down Wacky Way this week, Unrealtors. But, hey, it’s Smash Bros. This is a game where Kirby once ate Solid Snake. Anything goes.

Before I say word one if you haven’t picked up Yacht Club Games’ masterpiece title Shovel Knight then you are missing out on what will probably wind up being my game of the year. Yeah, folks, it’s that good. Current gaming is awash with nostalgia turned topsy-turvy left and right and while it can be fun, it’s often misguided. Remakes of DuckTales and other attempts to take us whisking down Memory Lane just weren’t quite able to hit that mark that we once bulls-eyed so many years ago. Shovel Knight, however, has found the way to scratch that itch so masterfully you’d believe you did play this exact game years ago. I can’t sing its praises enough and certainly not accurately. Just go get it. Now.

Welcome back. Amazing, right? Okay, yeah, not quite a head scratcher here. Shovel Knight and his mechanics would have no trouble fitting into the (let’s be honest) 2D playing field that is Smash Brothers. Bouncing around on the shovel, utilizing his accessories for ranged projectile attacks, and maybe summoning all the villain knights for a final smash would just be sublime.

But let’s take it a step further. One of the more controversial entries in the Smash roster back when were the Ice Climbers. Nana and Popo were a connected pair of fighters that moved in rather unconventional ways when compared to more straight-forward fighters like Link or Fox. And, like I said, they were connected, so even though there were two…there was actually one. Weird, I know, but it worked.

I suppose it didn’t work all that well, though, as the frozen fighters didn’t make it into the two most recent 3DS and WiiU Smash outings.  Perhaps I’m part of the problem here as I rarely if ever chose the subarctic adventurers, but still, I definitely appreciated their unique usage. So maybe we can recreate it here by utilizing the same system for Shovel Knight and Shield Knight. Smash is no stranger to shields and after playing Shovel Knight, believe me you’d kill to use these two in action together.

Of course, if you just want to make Shield Knight her own personal fighter, I’m okey dokey with that, too. But I feel as if we’d be missing out on something as definitely special as it is definitely weird by teaming them together. Smash Brothers is an unconventional fighter. Let’s make it more so. 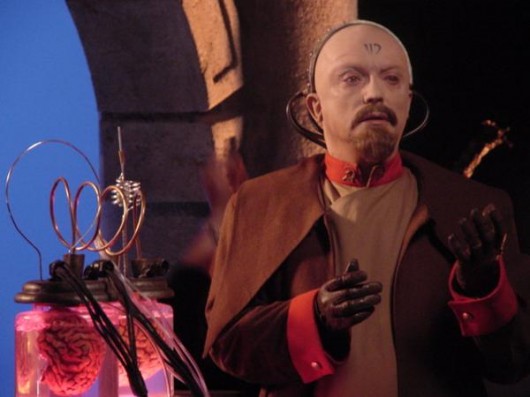 I…couldn’t possibly reveal how much time I spent on the various Command and Conquer: Red Alert spinoffs. Guys…it’s bad. I’m talking Sims bad. I’m talking Civ bad. Bad. There was just something about those totally WTF RTS games that I found completely compulsive. Maybe it was the incredibly over-the-top live action video segments. Maybe it was the way Zofia called me “Comrade General” with that irresistible Russian accent. Whatever it was, it hooked me.

Something I definitely never forgot was the ridiculous (in the absolute best way possible) supervillain: the psychic Yuri. Former ally to the Soviet Union before going rogue with a base of operations in…wait for it…Transylvania, Yuri was an enigmatic European with untold psychic abilities an indomitable desire to conquer all of earth…and eventually time. He was brash, he was bold, he was Udo Kier.

Yeah, yeah, this one’s definitely a stretch, but for a series that managed to finagle Solid Snake, I say all bets are off. And Smash has done the psychic thing with Ness and Mewtwo, what’s another brainy battler to add to the mix? Find a way to pop in some RA2 time travel goodness and maybe a cameo from Special Agent Tanya and you’ve got yourself a (sometimes) Soviet smasher for sure. And tell me you wouldn’t love a Red Alert level complete with Hell March 2 blaring and a guy yelling in Russian over a PA system. TELL ME. 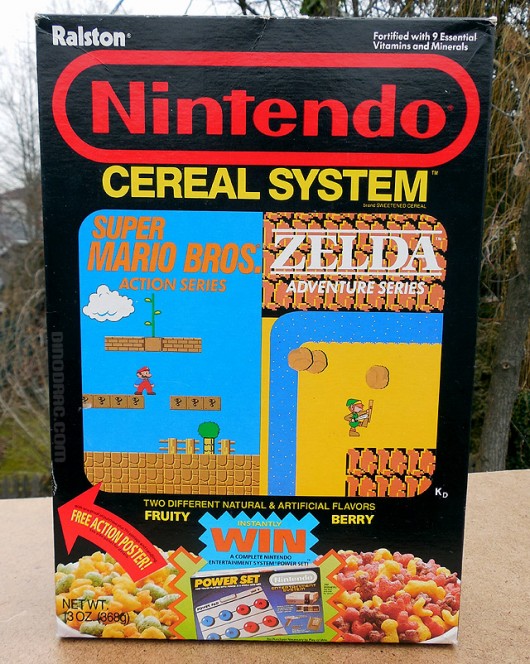 Let’s not kid ourselves, Smash Brothers sold itself first and foremost as Nostalgia Simulator 64. Sure, it was fun, but if Captain Falcon, Mario, and Samus were replaced with Jeff, Bill, and Annie would you really have paid the game any attention? Nintendo has the richest history of any gaming company, and there are still several avenues yet to be exploited—er, utilized by the Smash series.

And one of those avenues is breakfast.

Released in the late 80s, the Nintendo Cereal System was a breakfast cereal composed of two bags each with their own game and flavors. One side was Mario, the other Link, and both tasted roughly the same: awful. But, hey, it was Nintendo and anything and everything Nintendo was a must-have including a big ol’ box of sugar flavored sugar sugars. And there was a freaking sticker in every box! Holy shit, I want a box now!

If Nintendo is willing to put R.O.B. into Smash, there’s room on the shelf for this morning meal. Slap some legs on it and an 80s-riffic stage design and you’ve got everyone’s newest favorite fighter. NCS would be right at home with relics from Nintendo’s days gone by like Mr. Game and Watch and the aforementioned R.O.B.. As for moves…um…something with milk? And spoons? Kirby already eats stuff so that’s probably gone. But we’ve got Mario and Link on the box. Maybe a Composite Supermanesque amalgamation of the two icons as a final smash summon?

Either way, Smash works with weird well, and an anthropomorphized box of cereal is about as weird as they come. And imagining seeing…it…alongside more “realistic” fighters like Marth or Ike just tickles me to no end.

And that’s it for this sequel’s suggestions. Whatcha think, Unrealtors? Who would you like to see flailing after the floating Final Smash? No suggestions are too strange! 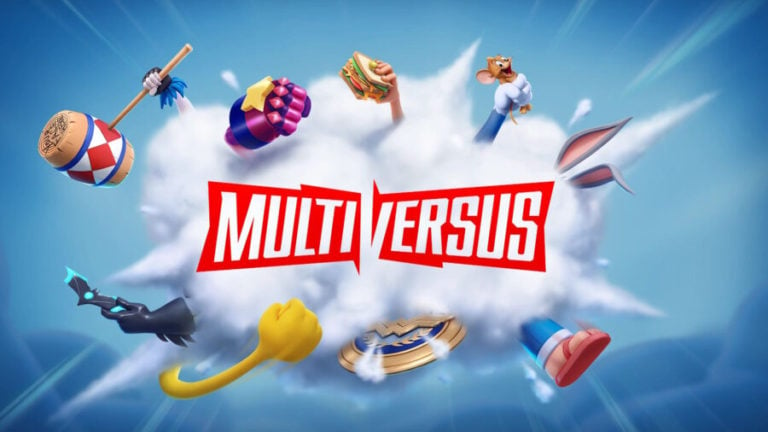 MultiVersus is a new Smash-inspired crossover free-to-play fighting game currently in development. Even though Nickelodeon is pretty much hammering out their own interpretation is this genre, this new title will focus on the universe of… 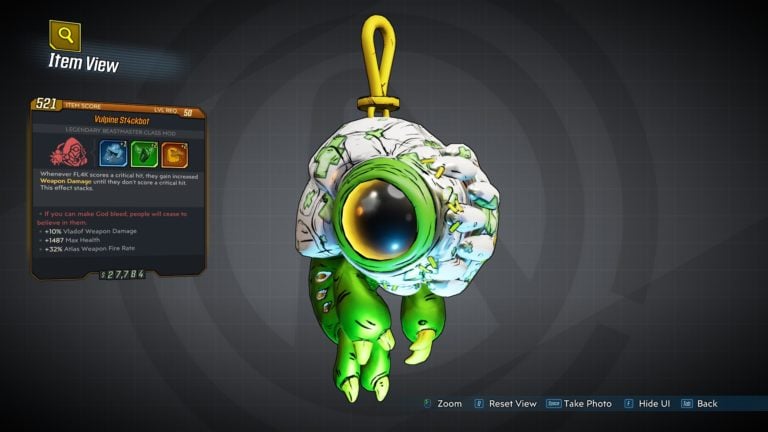 Class mods have been useful throughout the Borderlands series. As a result, it should come as no surprise to learn that the latest installment is no exception to this rule. In fact, class mods are… 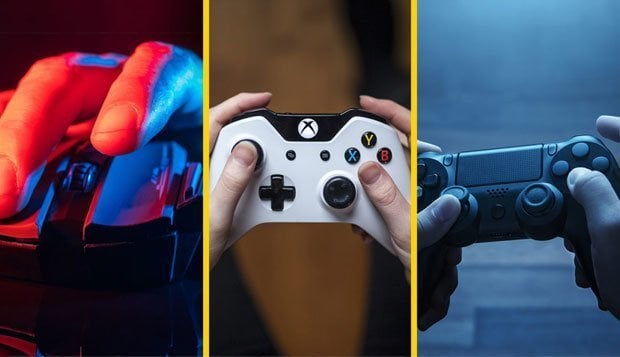 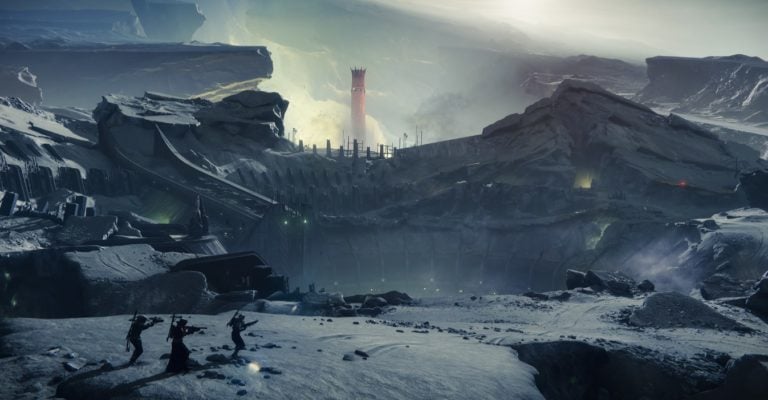 For those who are curious, Destiny 2: Shadowkeep is the fourth expansion for Destiny 2. As such, it adds a fair amount of content to its base, which should come as welcome news for those…

Everyone loves to root for the underdog, and there’s no one more at a disadvantage in a Pokemon match than a Metapod, who can’t actually attack. But here, in this artist’s rendition of the bloody…

(click to enlarge) If there’s one game that I’m legitimately becoming an uber-nerd about, it’s Starcraft 2, and most people like me will get the humor of this immediately, but I suppose I should explain…