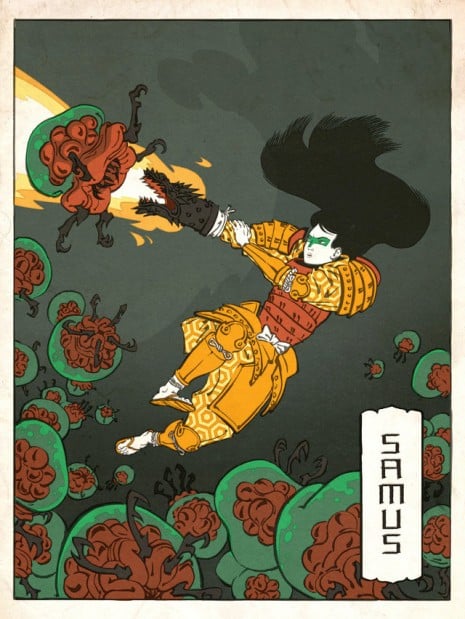 Japanese folklore has progressed past tales of daring samurai and into some less..traditional stories. A woman in a metal suit fighting aliens, a robot boy with a robot dog, a hero of time. But what would happen if each of these stories used the more traditional art style of their folklore predecessors?

You’d get a series of prints like these from illustrator Jed Henry. He’s taken Samus, Mega Man and Link and given them the “Japanese woodblock” treatment, and I have to say the end result is pretty killer. Check out the full series below. Who do you think he should do next? Mario seems too obvious. I’ll go with Street Fighter. 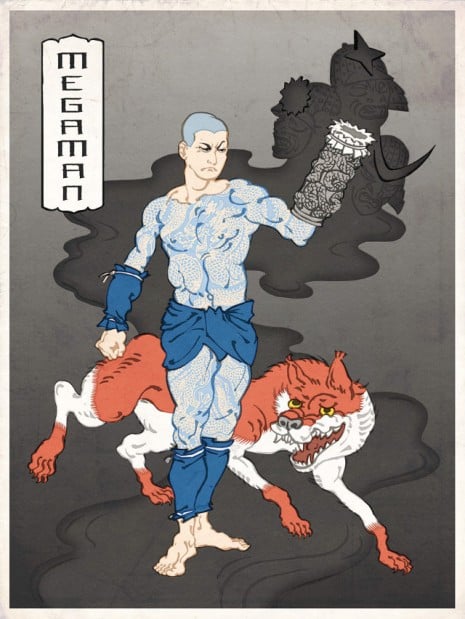 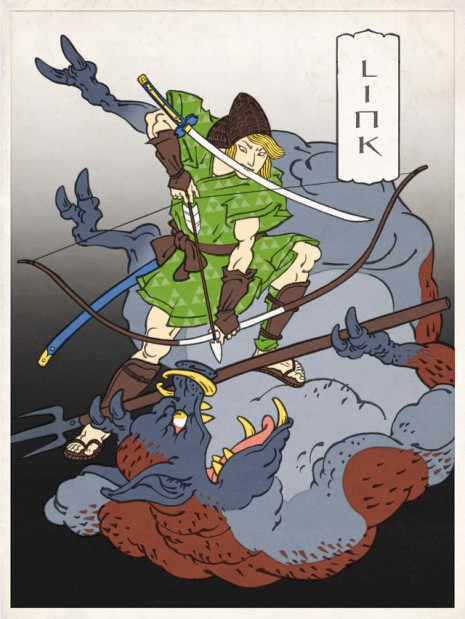 Artist Tan Burn (Ian Burn?) has used his magical animation powers to take the Hero of Time, Link, and render him in the animation style of nearly every popular cartoon on the planet. That’s…

Boo may be my favorite Mario Part character, but when you came across him during any of the Mario games, he was a lot less fun. Perhaps if Mario and Luigi had access to Ghostbusters…

I don’t know what possessed someone to redesign the cast of BioShock Infinite as cats, but I’m sure as hell glad they did. I love the internet, I really do. That’s really all there is… 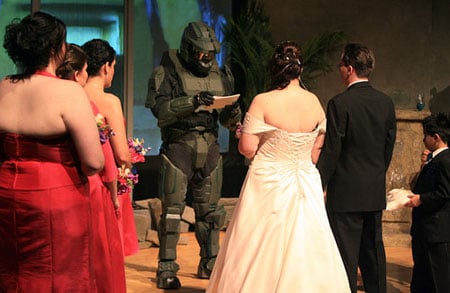 Most of us play video games as an escape of sorts.  Through our computer or home console, we’re able to steal cars, pilot planes, fight in intergalactic wars, or fill our enemies with bullets. …

(click to enlarge) From artist Jenny Haines comes a look at the most ancient video game in existence. You may have thought Duck Hunt was a wholly original creation, but as you can see, the…