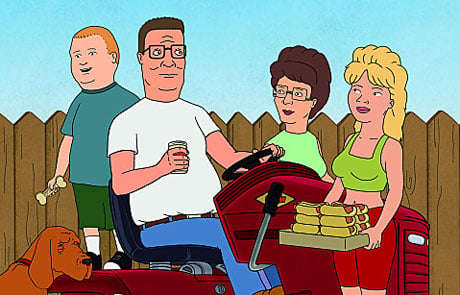 Real Life Counterparts is a column in which a cartoon show is hypothetically cast with real actors. Things get weird. No Ryan Goslings were hurt in the making of this column.

King of the Hill was a show you didn’t necessarily like right off-the-bat. It seemed too easy, making fun of redneck stereotypes, but Mike Judge found a way to make his show about something more universal: a family and the state they lived in. The supporting characters were hysterical, and the landscape of Arlen, Texas provided endless storylines. To be clear, there is no rumor or suggestion of a King of the Hill movie being made. This list is merely the efforts of one fan in withdrawal, a withdrawal that 259 episodes cannot cure. I miss you Rusty Shackleford. 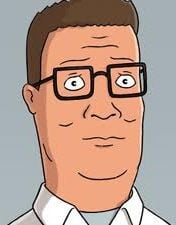 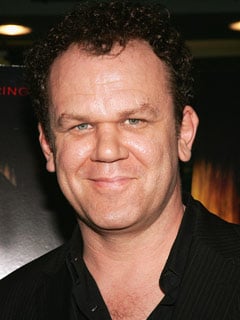 This one may be the hardest of all. Obviously you have the very specific voice that Mike Judge does for Hank, which eliminates anyone without the pipes to go “bwaaaaah!” Hank is also not an extremely handsome man, but there is some heart  behind his glasses and white tee. John C. Reilly is a great choice to be the head Hill, mainly because he’s established himself with a career of character roles in films by everyone from Martin Scorcese to Paul Thomas Anderson. I hate the term ‘chameleon’, because John C. Reilly has looked like John C. Reilly in every one of those movies, but the thought behind it is applicable. You sympathize with Reilly, he has legitimate comedic chops, and if you imagine him after a visit to Lens Crafters, he looks pretty close to the Hank we’ve seen on television all these years. 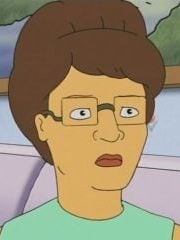 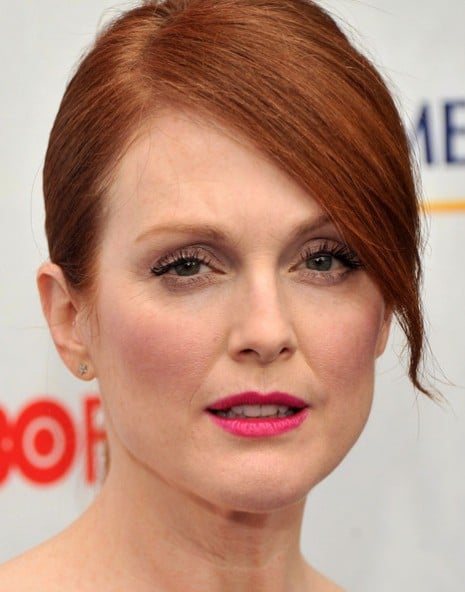 Another fantastic character actor whose recent turn as Sarah Palin in Game Change is all the evidence you need that she is the right woman to wear Peggy’s size 16 shoes. Moore has shown she can play anyone, and has often dipped into comedies amidst her more frequent dramatic work. While she is beautiful, it’s a beauty easily masked to give her the more subtle allure of Arlen’s two-time best substitute teacher of the year Peggy Hill. 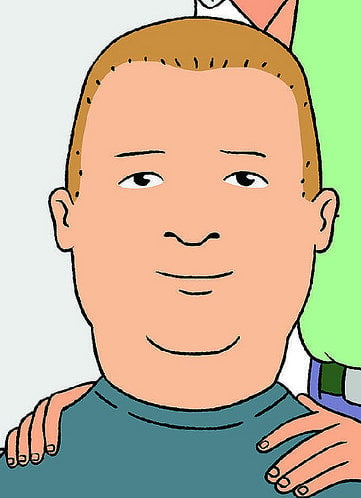 Who? Riley Griffiths was an unknown to me before I first saw Super 8, in which he plays Joe’s film director friend Charles. Griffiths was superb in the role, which required him to be funny, serious, sad and slightly overweight. These qualities, plus his age and rising star status, make him an excellent candidate to play Bobby Hill. Starting studying your Yakoff Smirnoff material Riley! 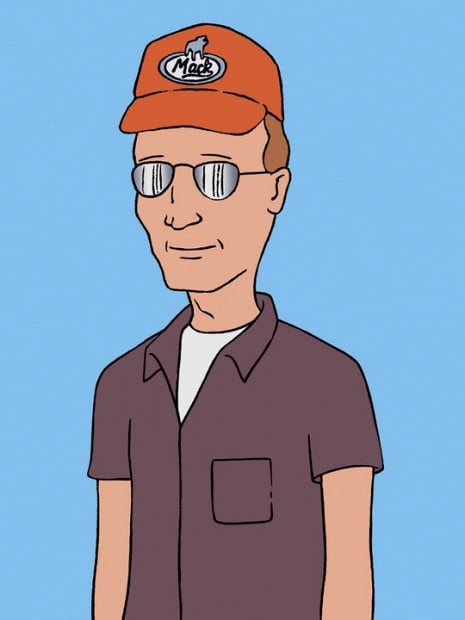 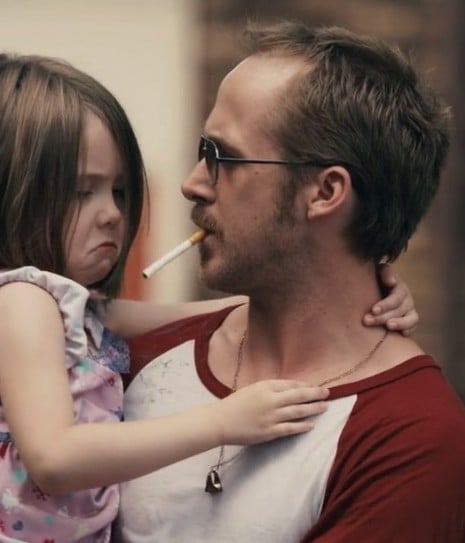 Like with Julianne Moore, there is one role in Gosling’s filmography where it became incredibly apparent that he would play Dale Gribble in this fake movie I’m not making. In fact, it was while watching Blue Valentine that the idea for this column came to me. Gosling’s later years Dean (the movie switches between two periods of time) looks exactly like Dale. We all know Gosling could nail the cadence. He’s only a learn-by-mail exterminator course and a paranoid fear of the government away from all we could’ve hoped for in a Dale. 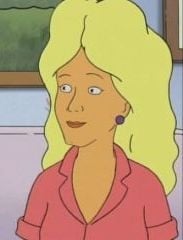 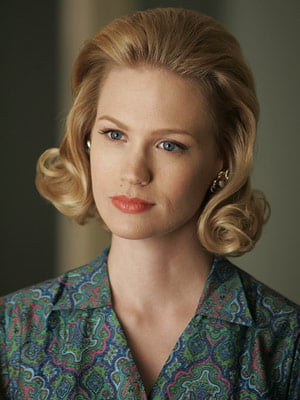 Dale needs a hot blonde wife that doesn’t do much more than sleep with John Redcorn and say “shoog” a lot. January Jones, come on down! 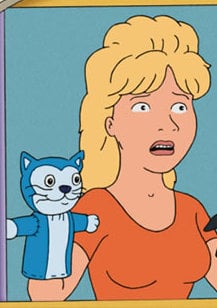 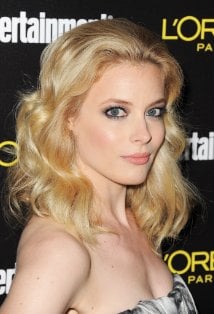 This one feels wrong. Obviously if Brittany Murphy was still with us, she’d be the only choice to reprise the character she voiced in the series. Murphy’s death is probably the strongest reason this film would never happen, because how do you replicate that voice? I nominate Community’s Gillian Jacobs. She has the look, a background in improv and impersonations, plus she strikes me as the type of person who will take the Luanne dynasty from Murphy and treat it with the respect and hair care products it deserves. 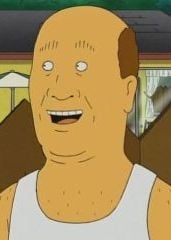 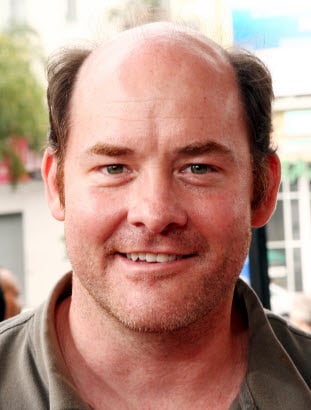 Another no-brainer. Koechner looks exactly how I imagine Bill. Honestly, I feel like Koechner has played a Bill derivative in other movies, like Run Ronnie Run. This is fate at its strongest people. 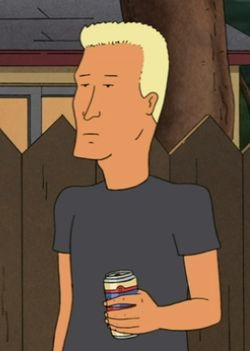 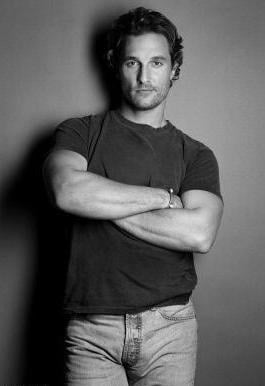 Perhaps a bit of a stretch, but put aside the romcom McConaughey we’ve grown accustomed to seeing, and think back to the Dazed and Confused sleazy McConaughey of yore. The dude’s southern twang and glazed-over permastoned look fit perfectly with the largely overshadowed Boomhauer character. Close your eyes and try to imagine this one for a moment. Somehow, it just fits. 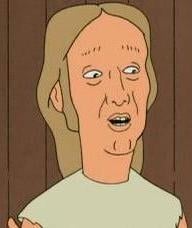 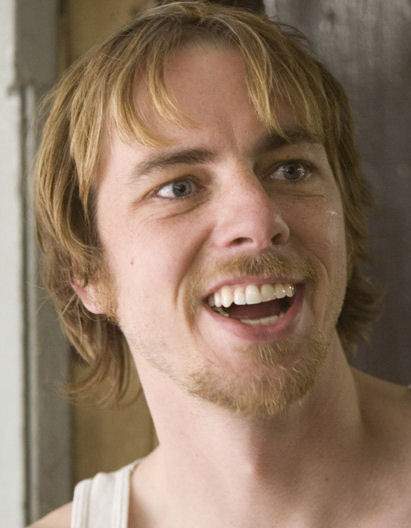 Tom Petty did the voice for Luanne’s dim-witted but big-hearted husband. Unfortunately Petty’s age makes it impossible for him to take the on-screen roll. Enter Dax Shepard. He can do trailer trash in his sleep, and he isn’t afraid to make his teeth look stupid or don a look of sheer confusion. Plus, can’t you imagine Reilly’s Hill hating Shepard’s Lucky? This is gold folks. 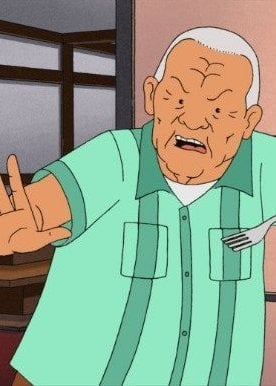 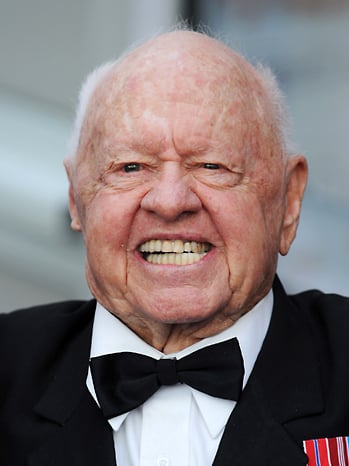 I wasn’t able to find anyone to play Hank’s neighbor Kahn. Along with Kahn’s wife Minh and their daughter Connie, these three actors should all be Laotian, as they are on the show. Or perhaps different ethnicities could fill-in, but it seems like this should be Laos’s moment. Also uncast: John Redcorn, Joseph Gribble, and Buck Strickland.

Now here’s the part where you tell me your King of the Hill cast ideas. Just let me slug down a few cases of Alamo first.

(click to enlarge) I’ll be honest, Rocko’s Modern Life was in the era after I stopped watching cartoons, but I’m sure there are a few fans out there who will appreciate an image like this….

Biologue? Duologue? Monologue just doesn’t seem right in this case. Anyway, the Golden Globes were last night, and once again, their only redeeming factor was the fact that Tina Fey and Amy Poehler were hosting….

So I constantly find myself having generational spars with Nattyb on the site here, but every once in a while, I have to admit that being alive and functional (I was two) in the ’80s…

Having just finished my DVRing of the V premiere, I have to say, I’m stunned. Not merely because I enjoyed myself, and am hopeful for the first time about a new show this season, but…

A little old for the Breakfast Club eh? So have you guys seen any of the Old Navy commercials with old cast members from the original Beverly Hills 90210 lately?  If not you should definitely…