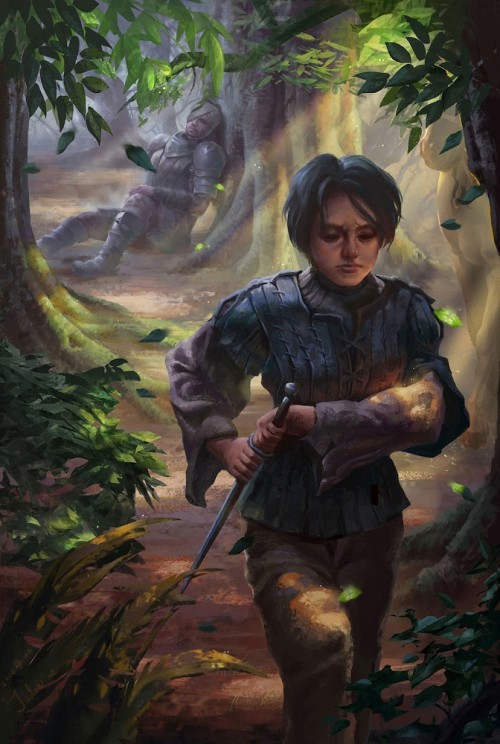 Arya says goodbye to an ailing Hound (or rather doesn’t say goodbye) in this colorful piece from Jadevine. As many will know, the scene played out quite different in the books and in the show, where the show had more of a chance for the two to interact, and it didn’t take place anywhere this serene.

It allowed Rory McCann to give the best performance of his time with the series, and it really makes me hope we haven’t seen the last of him. In Game of Thrones, unless your head is literally on a pike somewhere, I don’t believe you’re actually dead.