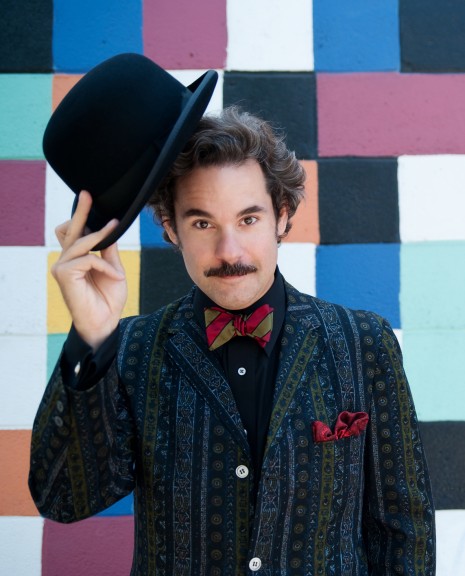 If you haven’t heard of Paul F. Tompkins, good. It only means you’ve yet to experience one of the most brilliant, hilarious and dapper gentlemen working in the comedy field today. Tompkins, perhaps best known as a writer on the television cult classic Mr. Show, has been busy planting himself in just about every noteworthy comedy project around.

As a stand-up, he has released two albums, Freak Wharf and Impersonal. Both embody his trademark style: riffing his way through stories that challenge the insanity of everyday life. One routine about the rubber snake in the peanut brittle gag is a genius dissection on society’s gullibility and our fascination with worthless crap.  In the acting world, Tompkins has made memorable cameos in small-screen comedy stalwarts such as Community, Curb Your Enthusiasm and Weeds. Tompkins is gifted in his ability to mold every character to his comedic strengths without compromising the scene.

Despite all his achievements in these two fields, they pale in comparison to Tompkins’ true calling: podcast guest. He’s appeared on so many different shows that a fansite was created to track his activities. Some of his best work appears on Scott Aukerman’s Comedy Bang-Bang podcast (formerly known as Comedy Death-Ray). Tompkins seldom appears as himself, instead embodying a wide array of real and fictional personalities. 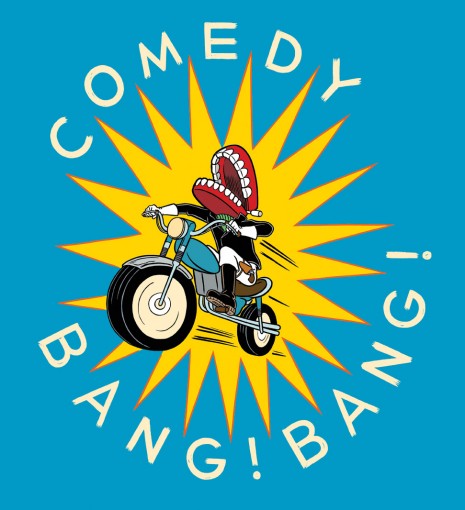 Among his podsonas are Buddy, the guy from Cake Boss, who was bitten by a cake scarab and can now predict the future; Sir Dame Andrew Lloyd Webber and perennial favorite rapper Ice-T. With all his characters (and Ice in particular) he brings just enough of who the person actually is to counteract whatever completely fabricated elements make for the funny. After a year-plus of featuring his characters pretty exclusively on the CBB podcast, Tompkins took the plunge and launched his own Pod F. Tompkast.

The Tompkast is revolutionary in that offers so much more than the “talking heads” we’ve come to expect. Each episode begins with Tompkins delivering a long, improvised welcome to the listener over the dulcet tones of Eben Shletter’s piano noodling. He then plays a recorded segment from his live show, a variety event held in Los Angeles once a month. These segments feature folks like Maya Rudolph and Jon Hamm in outlandish sketches or covering Smiths’ songs. A typical Tompkast also features a call with fellow comedienne Jen Kirkman, funny in her own right but dynamite in discussion with Tompkins as he dredges up her past. 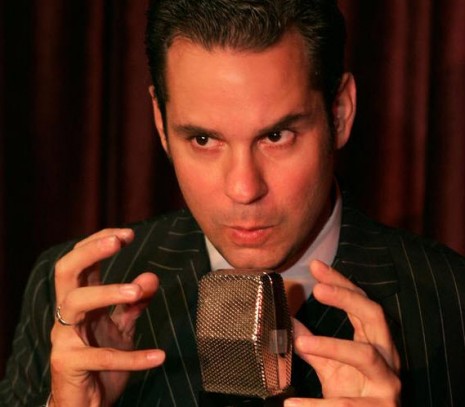 -The Dead Authors Podcast: where Tompkins (as H.G. Wells) hosts a monthly live interview with comedians in the guise of deceased literary figures

-The Thrilling Adventure Hour: recordings of the live show from Los Angeles where oodles of talented people enact radio plays with some modern twists

It’s somewhat hard to say exactly what it is about Paul F. Tompkins that has me so enamored. His comedy angle is original, his impressions are spot-on, and he has his fingers in so many different kinds of things that he doesn’t have time to repeat himself or fade away.  Perhaps I value most about Tompkins comedy is that in an age where humor is defined by Youtube videos and arena tours, Tompkins represents the old vaudevillian ethical code: be good at lots of things, and do them often.

Get your PFT on:

Buy his albums and see him live: http://paulftompkins.com

PFT as Danny Glover on the CBB podcast (audio only):

PFT covers The Smith’s How Soon is Now (audio only):

If you’re not watching Parks and Recreation yet, what the hell is wrong with you? There are like, four funny shows on TV now, and Parks and Rec is definitely in the top two. Get…

Well here’s your unsettling thought of the day: Did Danny Tanner deal with the grief of losing his pregnant wife in a fatal car crash by creating an imaginary daughter named “Michelle”? That’s the idea…

Gotta give The Walking Dead credit for its innovative episode titles. “Infected.” Man, that couldn’t have applied to like, any of the past 50 episodes! I kid, I kid, but yeah, I am fairly impressed…

This kid has the biggest pair of Lost fans in the world as parents, and as such, he gets to be raised as a Dharma recruit. His room is a collection of all things Lost,…

I don’t review The Walking Dead on a weekly basis, unless you count my Sunday night Tweet marathon while I watch it, but I keep bringing it up for discussion almost every week anyway. I’ve…

As some of you may have noticed, I’m particularly interested in villains and antagonists because they’re usually much more complex and interesting than the heroes of film and television. I’ve said this before: I like…