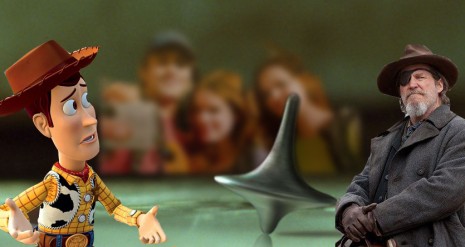 Well the year is drawing to a close, and I’ve just finished up the last few movies I thought I needed to see before compiling my annual top ten of the year list. Despite starting out incredibly slow, things picked up throughout the year, and though most blockbuster attempts have gone bust this year, this fall brought us a fresh crop of quality films that is going to make for a fantastic award season.

There were so many movies I enjoyed this year, that I wanted to actually bump the list out to fifteen, and so I have five bonus picks at the end there. My choices are mostly in line with what most critics have said are the best films of the year, but I’m not doing it to fit in, rather these are genuinely amazing films, and any you haven’t seen I highly advise you to check out as soon as you can.

Check out my picks below, and feel free to give me your own in the comments. 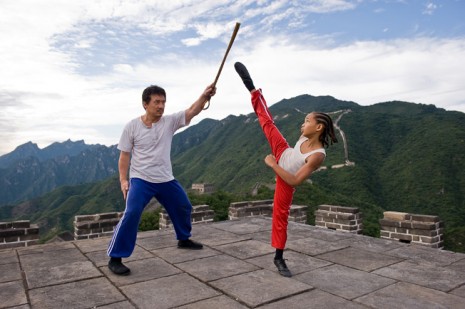 Yes, I’m mixing it up to start with here, as the rest of my choices will largely echo a lot of critics out there. Absolutely no one thought it was a good idea to remake the beloved ’80s classic with Jackie Chan and Will Smith’s son, but The Karate Kid is actually an incredibly made film, with beautiful Chinese landscapes rarely seen on film, and one hell of a performance from young Jaden Smith, who proves he carries every one of his father’s talent genes. 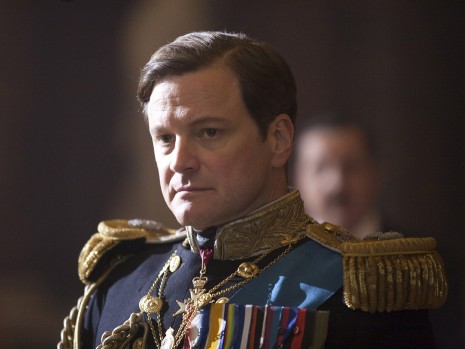 You may think it’s boring, but it’s an incredibly solid film with an amazing performance from Colin Firth, who trained mercilessly to perfect a stutter to relay the plight of King George VI before World War II. Geoffry Rush plays a fine counterpart as George’s speech coach, and many will laud the movie as the best of the year. I’m leaving it at number nine however. 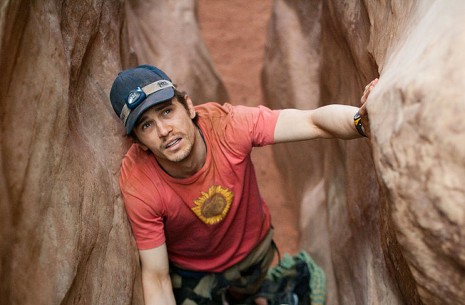 I gave this film five stars, so it might seem strange it’s this low on the list, but at the time I just couldn’t find anything it did wrong. I still can’t, and the only reason it’s number eight is that I enjoyed watching these movies more, as 127 Hours, as masterful as it was, ended up being painful to watch for the duration. In a good way. James Franco gives an outstanding performance in a breakout role, Danny Boyle continues to prove he can tackle absolutely any story at all. 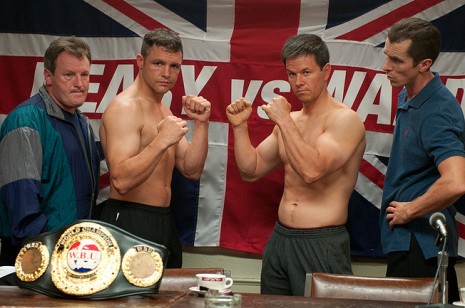 Despite my initial skepticism of director David O. Russell and Mark Wahlberg, this film surpassed my expectations and created a classic underdog film that feels authentic in every way. There’s no Rocky cheese, rather this is all-true, and a show stealing performance from an emaciated Christian Bale is just what the film needs to send it over the edge to greatness. 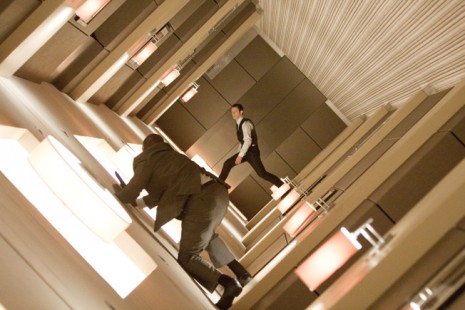 It wouldn’t be a top ten list without a Chris Nolan film, and Inception certainly exemplifies the director’s trademark complexity of plot. With an all star cast, Nolan takes us deep into the human mind for a thriller the likes of which we haven’t seen before. It’s a wholly original idea, and dreams within dreams makes for an exciting movie that bends every law of physics and reality, and competes with our next movie on the list for title of “heist movie of the year.” 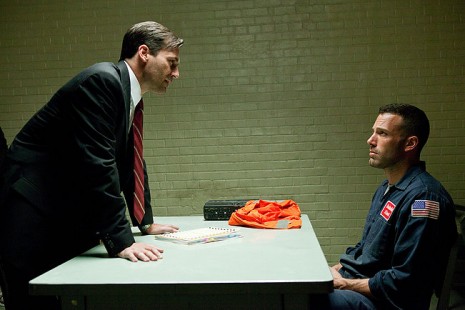 Ben Affleck has now officially cemented himself as an A-list director by making one of the best heist movies well, ever. The Town may still be in his Boston comfort zone, but he sure knows how to make a movie feel authentic. It features not only his best acting performance in years, but also one from co-star Jeremy Renner, and there isn’t a better action film out there year. 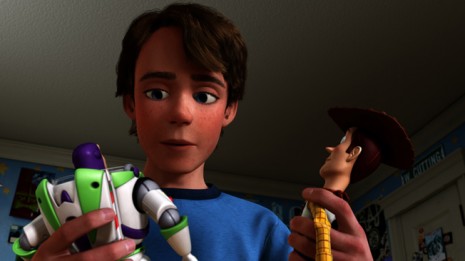 When most franchises trot out a sequel ten years later, it’s cause for alarm as the product is almost never as good as what preceded it. But Pixar manages to keep their insane hit streak alive with one of the finest films they’ve ever made. Not just a movie for kids, Toy Story 3 is jam packed with real emotion, both heartwarming and breaking, with a healthy dose of fear thrown in for good measure. Truly one of the year’s best in any category. 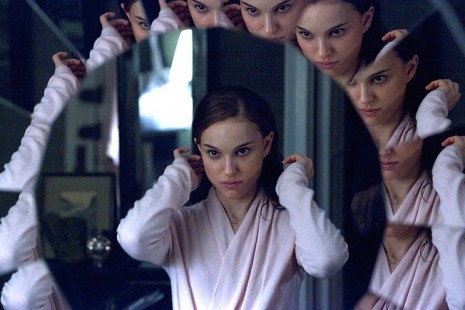 Darren Aronofsky’s painting of the fragile mind of a ballerina is twisted and brilliant, and his directing is only outshone by his star, Natalie Portman exhibiting a physical and emotional range I never knew she had. It’s one of the year’s best performances to be sure, and the film that surrounds it is an exercise in how to make a perfect psycho-sexual thriller. 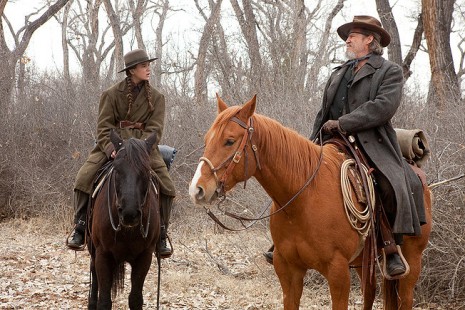 When you saw the directors (the Coens) and the cast (Bridges, Brolin, Damon) you knew it was likely to be excellent, but in action it’s even better than anticipated. True Grit is surprisingly hilarious, with the most clever script written this year, and features an outstand breakout performance from its lead (yes, not supporting actress as everyone may claim) Hailee Steinfeld, who, in her debut, blew me away with how she stood next to acting giants and held her ground firmly. 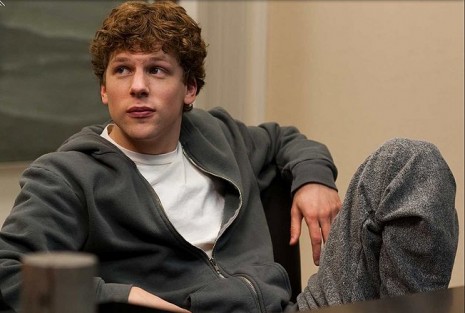 No, sadly this year I don’t have a wholly unique pick like 500 Days of Summer sitting atop the pile. Rather, it’s a movie that’s been praised the world over already, but rightly so. David Fincher and Aaron Sorkin make the tale of the rise of Facebook crackle with excitement, and Jesse Eisenberg and a great supporting cast are fantastic as Mark Zuckerberg and his co-founders and rivals.

Because there were so many good titles this year, I’ll bump my list out to fifteen real quickly here, as I believe these films are worthy of some recognition as well.

15. Shutter Island – Suffers from being released so long ago it’s been mostly forgotten, but Scorcese’s psychological mystery really is a damn good film.

14. How to Train Your Dragon – The only worthwhile Dreamworks film in years, and the only time since Avatar where a movie has been actually worth watching in 3D.

13. The Expendables – In the trailer, I personally was quoted as calling it “the manliest movie ever made” and I stand by that. One of the most fun times I’ve had in the theater all year.

12. Catfish – A horror film with a decidedly shocking twist, but not for the reasons you’d expect. Would have made my top ten until the filmmakers tried to pretend that it was all a very real documentary. Uh huh.

11. Tangled – A string of awful trailers made this look horrendous, but it’s actually a wonderful film that proves that Disney has its magic, and that CGI need not kill our beloved hand-drawn Disney character style, but rather it can partner with it to give us a gorgeous animation style.

Now feel free to submit your own top ten lists as well in the comments!