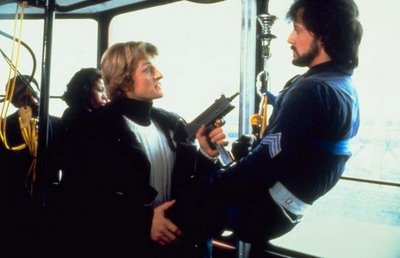 Deke DaSilva and Matthew Fox are two New York cops who get transferred to an elite anti-terrorism squad. About this same time, an infamous international terrorist shows up in New York looking to cause some chaos. It’s up to DaSilva and Fox to stop him, but will they be in time…?

Don’t worry, there will be no spoilers here.  So let’s get to 10 reasons why this movie kicks ass.

1. Sylvester Stallone’s beard and mustache are legendary.
2. Billy Dee Williams as a sidekick? Check.
3. One of the best uses of a song by the Rolling Stones. (they use the song “Brown Sugar” in a critical moment in the film)
4. Rutger Hauer is one of the coolest terrorists ever in this movie
5. The use of the Roosevelt Island tram is highly badass.
6. Bionic Woman Lindsay Wagner is in this movie!
7. Seriously, they don’t make terrorist movies like they used to. This has a solid plot, great chase scenes, and even solid acting.
8. Pretty cool twist – I guess for 1981 it was a cool twist
9. Obviously the leather jackets involved in this film
10. Did I mention Stallone’s beard?

Trailer after the jump…..

The facial hair on Stallone alone is worth the watch.

I’m a fairly opinionated person. I sort of have to be to have a job where people actually show up to listen to my opinions on various topics. But with that said, I like to…

I really don’t know how people come up with their crossover ideas sometimes, but here’s one that’s Disney meets….Pacific Rim! Why the hell not? Artist Lou went through and decided to figure out which Disney… 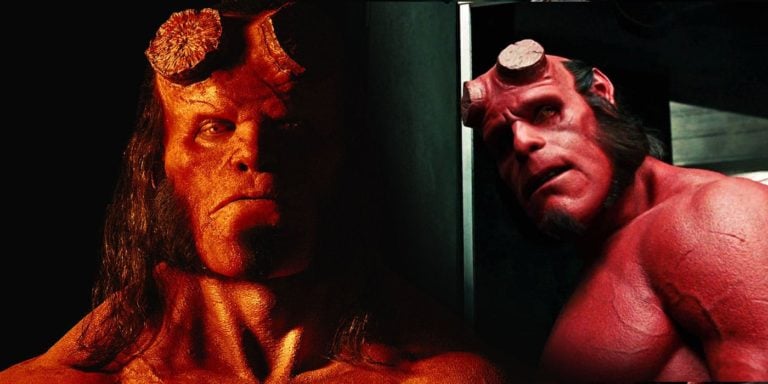 For people who are unfamiliar with the name, Hellboy is a superhero created by Mike Mignola, who has shown up in comic books, video games, animated movies, and live-action movies. In short, Hellboy is a…

httpv://www.youtube.com/watch?v=i-M5Qx57_UU Someone passed along this trailer to me yesterday, and despite my propensity to keep up on all things film, I’d never actually heard about it. It’s a look at the familiar concept of “what…

Whoa, whoa, whoa Paul. You mean to tell me that you’re recommending the Mila Kunis/Justin Timberlake rom com that is a direct rip-off of Natalie Portman/Ashton Kutcher’s No Strings Attached out just a few months…

Now that the air has grown colder and it gets dark earlier, I started thinking ” I should do some X-mas style lists” and this was the first thing that came to mind. That just…