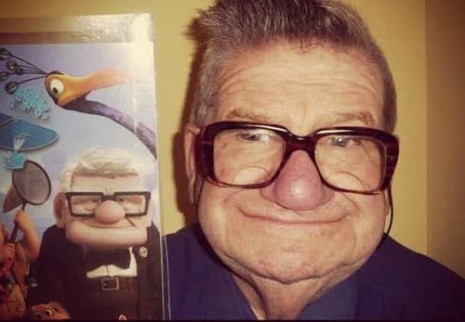 Uh, wow. No, seriously. I’ve seen “oh this guy kind of looks like this cartoon” pictures before, but there’s no way on earth that this guy wasn’t the actual character model for Carl from Up. You can dress up any fat asian kid like Russell, but the facial features on this guy are IDENTICAL from his mouth to nose to overall head shape. Throw on a bow tie and whiten up that hair a bit, and it’d literally be perfect.

Seriously, I’ve never been hypnotized by an old man before, but this is just fascinating. Could he be one of the Pixar animator’s fathers or something? That would be the only explanation that would make sense to me.