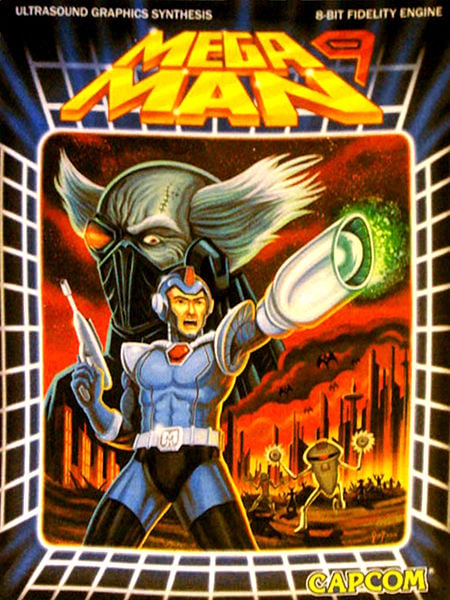 Even though it was made available in October of last year, I just got to downloading and playing Capcom’s Mega Man 9 from the Xbox Live Arcade.  Despite it being a “new” game for a next-gen console, Mega Man retuns in 8-bit, two dimensional, platforming glory., giving it an incredibly familiar feel and stirring up feelings of nostalgia at the same time.  How does Mega Man 9 compare to its predecessors?  Is it a “real” Mega Man game or simply a gimmick used to exploit many gamers’ NES glory days?  Keep reading my review to find out.

The best thing about Mega Man 9 – aside from the throwback graphics, gameplay, and even sound – is that it’s frustratingly difficult.  I haven’t thrown a controller or punched a wall just yet, but I have a sneaking suspicion it won’t be long before the landlord notifies me he’ll be keeping part of my security deposit.  Back are the spikes that kill you upon impact, as well as bottomless pits and enemies placed in just the right spot that touching them will knock you into said pits.  The original Mega Man was so enjoyable because in addition to the non-linear gameplay, the difficulty was off the charts.  Finishing the game felt like a genuine accomplishment.  I am guessing that when I get through Mega Man 9, it will be pretty satisfying, too. 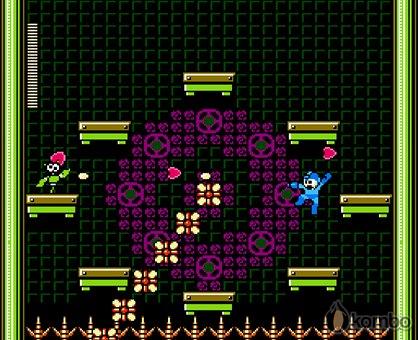 The story involves Dr. Light being framed by Dr. Wily, but whatever.  All you need to know is that you’ll be fighting eight robot masters, each with their own stage, in classic Mega Man fashion.  Afterward, it’s off to Wily’s castle (or so I assume; I have not finished defeating all the robot masters yet).  The Charge Shot and Power Slide from some of the earlier Mega Man titles are gone, but of course, Mega Man obtains new weapons after defeating a robot master. 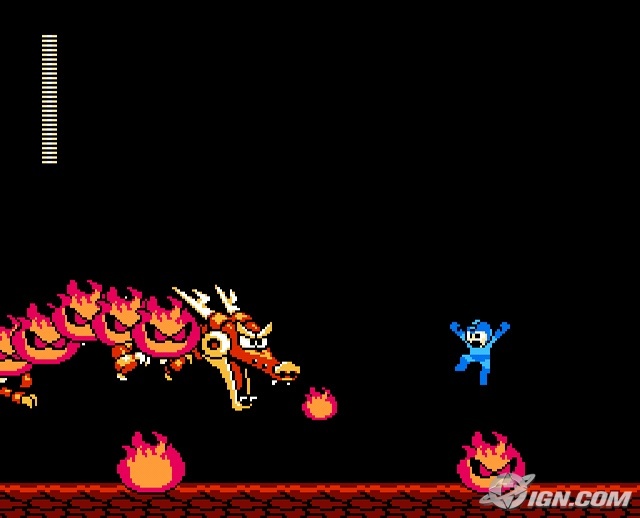 Some old items return, too, such as the Rush Coil, Rush Jet (which I haven’t gotten yet), and energy tanks.  You can now carry up to nine tanks at once, but I don’t think it matters much – 99% of my deaths have been the result of touching spikes or falling; hardly ever do I simply run out of energy from taking damage from enemies.  Fortunately, there’s some new items that can help, like one that allows you to touch spikes once per stage. 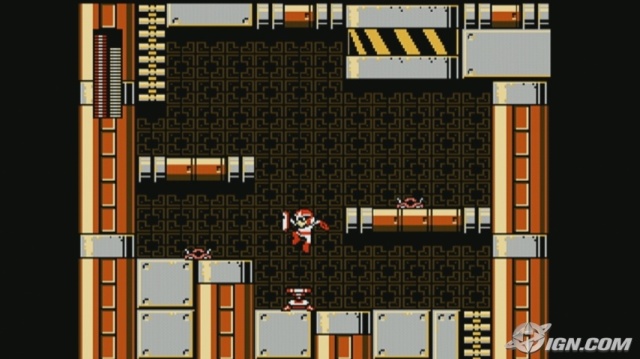 The new robot masters are pretty cool, but at the same time, aren’t anything special.  I suppose it’s notable that one of the new robots is Splash Woman, the first female boss Mega Man has encountered in his very long history.  Her stage – filled with water, as you can imagine – plays very similiarly to Bubble Man’s stage from Mega Man 2.  In fact, all the stages feel pretty familiar, but not to a degree where the game itself feels repetitive.  Rather, Mega Man 9 feels like a true sequel.  Even the music is appropriate. 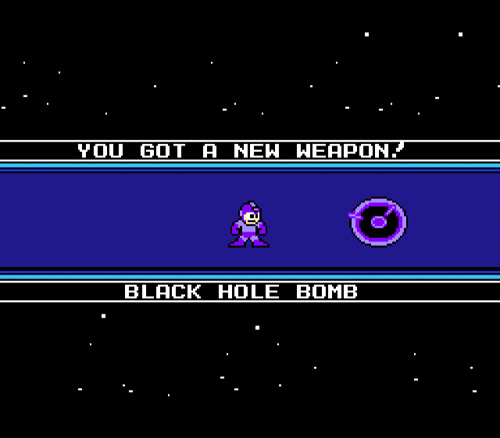 So far, I’ve defeated Galaxy Man, Jewel Man, and Plug Man, and I’m stuck on Tornado Man’s stage.  It’s similar to the stage of Guts Man in the original game, in that there’s lots of opportunities to fall and die.  Like every stage, it just takes repitition, memorization of patterns, and lots and lots of patience to make it through.  I’m sure I’ll figure it out in a day or two.  To sum it up, Mega Man 9 feels like a real Mega Man game, embraces its 8-bit roots, and will provide a challenge to even the most experienced gamers.  it’s nothing groundbreaking, but then again, video games don’t always need to be in order to be lots of fun.  If you’re a fan of the Mega Man series and are up for a challenge, I definitely recommend Mega Man 9.