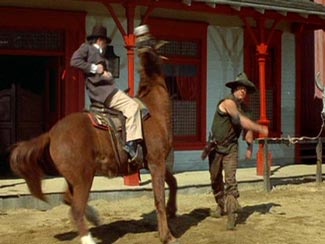 In real life, there aren’t many animals that a human being could defeat in a fight.  I mean, think about how difficult it would be just to take down an ordinary house cat.  Sure, you’d end up winning, but not without a ton of scratches and bite marks.  A pissed off German Shepard?  Forget it.

In the movies, though, anything is possible, including winning fights against animals far more dangerous than cats and dogs.  I tried to find clips of as many man vs. animal scenes from movies as I could. I tried to avoid clips where the humans have guns or sophisticated weapons, because then it’s not really a fight anymore.  Also, I’m still kind of annoyed I couldn’t find a clip or image of Mac killing a pig in Predator, but I acknowledged it just the same.  If you can think of any I left off – and I am sure you will – let me know in the comments section.  And remember – I’m looking for fights, not killings!  Enjoy.

Anthony Hopkins and Alec Baldwin vs. Bart the Bear – The Edge

The real star here is Bart the Bear, who also appeared in The Great Outdoors.  He’s like the Marlon Brando of bears.

A pretty underrated comedy in my opinion.  I think that most of Ferrell’s recent stuff is trash – Blades of Glory, Land of the Lost – but Semi-Pro is pretty good.  The fact that bear fighting happens at a basketball game kills me.

Click through for the scene.  Yeah, there’s a gun at the end, but first Donna has got to stand up to Cujo with just a bat. In the book, she breaks it over his back and then rams the sharp edge into his eye.

Ted Stroehmann vs. Puffy – There’s Something About Mary

Are you the little guy making all that big noise?

I’m not a real big fan of Zack Snyder or 300, but this scene is admittedly pretty bad ass…

…and this scene is NOT pretty bad ass.

The old “rodent on the face” gag seems like it’s been done to death, but Steve Zahn is a pretty funny guy so I’ll give him a pass.

Tristan vs. Bear – Legends of the Fall

Very few movies have endings cooler than this one.  Whoa.

Rob Schneider vs. Orangutan – The Animal

I had to use a Spanish version of this clip in order to embed it, but uh, nothing’s really lost in the translation. 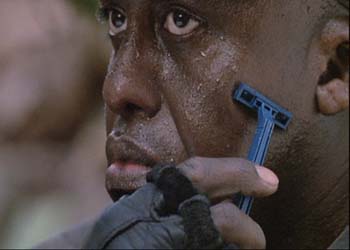 I really wish I had a clip or at least an image of Mac stabbing the wild pig to death.

I’m still amused by the fact that Ice Cube calls the snake a bitch. 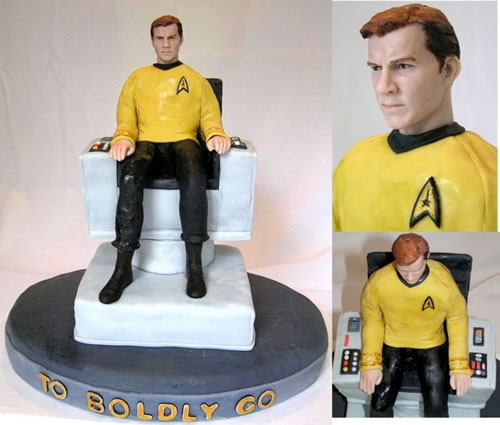 There are times when I think it’s appropriate to make fun of the world of dorks out there.  And there are also times to appreciate them.  I think this is one of the times where…

Thank you, Aaron Sorkin. In this New York Times op-ed, readers get to bear witness to a scathing indictment of the media journalists who swept in and exploited the Sony hack for their own profit….

Alright, I guess I’ve sort of made my thesis pretty clear in the title here, which isn’t usually the case, but I’m tired of internet commenters throwing a fit when pretty much any superhero casting…

It’s no secret that Hollywood is running out of ideas. Every movie announced these days seems to be a sequel or remake, and the industry is starving for new creative concepts for films. Unfortunately, it’s…

I now live in a small town in upstate New York. It’s an okay life, but there’s not too terribly much going on. I can drive to get a bite to eat in Troy, or…

Vertical video is the scourge of YouTube as we all know, but what if the horrifyingly terrible format was used for film as well? Someone got the awful idea to see what that might look…