Growing up, we’ve all had our first consoles that introduced us to the world of gaming. I’ve heard a lot of people reminisce over the NES and similar games during that time. Sadly, I wasn’t even conceived when those consoles were at its prime. My friends and I grew up in a different generation wherein Sony released their first PlayStation. People online have often criticized us for not being “real” gamers, simply because we haven’t played consoles from the older generation and we couldn’t understand some pop culture references. I always replied: “Yeah, it’s our fault we didn’t choose our birth date.” While that irks us, I realized that my friends and I have also bashed people who claim to be gamers simply because they chose to play Bejeweled on their Smartphones or Farmville on Facebook.

The truth is: we are all entitled to be gamers in our own right regardless if we grew up with the NES, PlayStation, Nintendo 64, Xbox 360, or even the iPad. We all have our own memories and culture attached to these consoles. Heck, in the future, people will be reminiscing about Farmville and Cut The Rope. So before that happens, let me share with you some of my treasured memories and lessons growing up with the original PlayStation (or as what my friends and I call it: The PS1.)

1.) The Kid With The Analog Stick Controller is The Alpha.

I know that this rule applies to almost every other gamer out there regardless of console played. However, I remember that the issue doesn’t lie solely on who Player 1 is. My friends, cousins and myself would fight over the controller with the two analog sticks. Somehow, other kids would feel ‘lame’ if they had the controller that didn’t have any sticks. It’s probably because the PS1 comes with one of each type and kids started to associate the ‘bigger’ controller to their tiny little egos as well. Consequently, the kid who had enough ability to tell the others that they’ll be Player One with the two analog sticks became the Alpha. Everyone followed suit to whatever they wanted to play and they had no choice but to let them have dibs on Scorpion when everyone else wanted to be him. The Alpha wasn’t always hated, sometimes you admire them for being so cool but there are always kids with the God complex. I’ve had lots of unpleasant memories of cousins rough housing one another and crying to their parents afterwards all because of one controller and the symbolism it presented.

At present, I currently play with the Xbox 360 and the PC so I’m not entirely sure if people still act this way towards the PS3’s controllers. I’ve never seen a controller for PS3 without analog sticks so far, but I could be wrong.

A long time ago, my parents gave me a PlayStation for Christmas. I was extremely overjoyed and I tried it out as soon as I got it with the games that came with it. It was my first time to see and touch a game console, so I was completely taken by it. As I was playing, my mother called me for lunch so I selected the option to “save my game.” However, to my horror, I could not find the memory card in the box. So I told my mother about it and the fact that if I turn the PS1 off, I will lose all my progress so far. To keep my quiet, she told me that she would buy one after she runs her errands. Completely overjoyed, I ardently finished the game the entire day wherein I unlocked all the characters and what not. I was confident that my mother would buy it as promised. Alas, she came home and there was no memory card. At present, it was clear she made that promise to pacify my rowdiness. However, at that time, I felt nothing but disappointment. I was sad at the fact that I was going to lose everything that I worked hard for. I think I even cried.

Now, we don’t even have to worry about that since our consoles can save our progress in their own hard drives. In addition, cloud software can now make our game saves transferrable without any manual work from us.

I don’t know about you guys, but hearing the sound of the PS1’s starting screen definitely brings a feeling of nostalgia.  The funny thing about this video is the part where the scene with the diamond logo is taking a long time. For PS1 players, this can only mean that the console is having a hard time reading the CD. The longer it stays on the screen, the less chance of it working. If it never transitions, that’s when you know you need to press the restart button or accept the fact your cd is damaged. In reality, the delay isn’t that long. I guess every second turns agonizingly slow, when you’re hoping you could still grind the life out of an old copy of  Metal Gear Solid or Soul Blade.

When I had a PlayStation 2, I know something like that would happen if a CD was damaged. I’m not sure if the PS3 has this kind of occurrence as well. 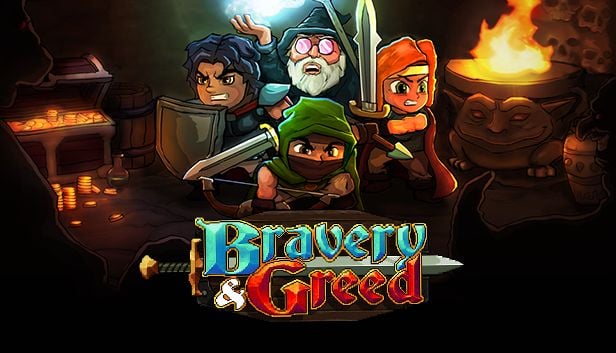 Bravery and Greed is an old-school brawler with online features being developed by Rekka Games. There will be rogue-lite features in this game that will spice things up with every playthrough. With a colorful medieval…

Well damn, I always thought those computers I kept throwing around with my gravity gun for no reason in Portal looked pretty cool, but I didn’t think about building one. But someone did, and so…

Alright well, it seems our fantastic Zelda artist from the other day, Ryan Shiu, also has an interest in another Nintendo franchise, Pokemon. Hey, as long as I keep finding cool stuff relating to it,…

httpv://www.youtube.com/watch?v=o8SdYz7cq04 I’ve come across a lot of geeky marriage proposals in my time running this site, but I have to say out of all them, this might be my favorite. And by “favorite” I don’t… 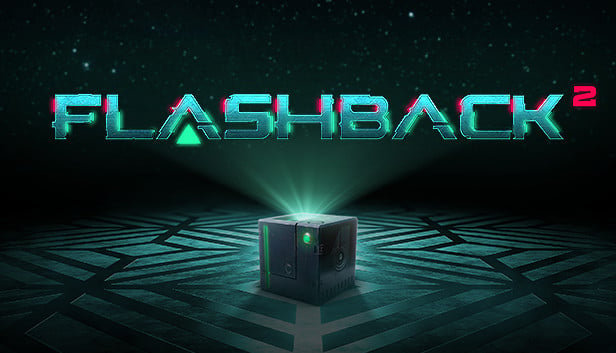 There is finally a bonafide sequel in the works for one of the most beloved gems of the 16-bit era. Flashback 2 was recently announced this summer and it literally came as a surprise for…

The Nintendo 3DS has slowly trudged its way back uphill thanks to a desperate price cut and building a slow momentum of quality titles. While the Wii U could eventually end up in a similar…