Ubisoft has rolled out some really good games over the past few years, however, many would agree that Beyond Good & Evil is something that has the right amount of oddness present in it. That oddness will be enhanced in the upcoming Beyond Good & Evil 2. Even though there are various details about this upcoming game, we only know so much. That is why we have listed below some of the most interesting and perhaps the most important things about the game below.

The original Beyond Good & Evil 2 rolled out all the way back in 2003 and by the standards of that time, it was one hell of a game. For some, it was perhaps among the best games they have played. Having said that not sure if anyone remembers or not but in 2008 a trailer was unveiled by Ubisoft which pretty much pointed towards Beyond Good & Evil 2. Now although Ubisoft did not acknowledge that trailer to be of Beyond Good & Evil 2, if we relate what we have seen recently and know about the game, it seems to reason that it was for this game alright.

It did not stop there, the following year a prototype gameplay was leaked which had been circulating over the web for quite some time. In that leaked gameplay we saw Jade or someone who looked similar to the character, running and parkouring through the city. All of which pretty much relates to this game. However, since there is no acknowledgment by Ubisoft we can not say for sure, still, we have our reservations. Which means it has been in development for years.

Release Date Is Unknown But Beta is Next Year

As you can guess, Beyond Good & Evil 2 is in early stages of development and hence the devs have not given any release date, let alone any release window. So we are pretty thin on that, however, the Beta of this game can be expected in the later part of 2019. Creator of this upcoming game Michael Ancel said that they have plans to roll out the playable beta by late 2019. Which would mean that we should expect the game sometime in 2020.

It has NPC Recruitment

One of the bigger concerns from the fans have been regarding NPC, will they even be included? On that note, let us add to the information that yes they will be and you will, in fact, have quite a lot of features as well. You will have a crew which you will need to expand and that is where you will be recruiting NPCs. Furthermore, the NPC characters are said to have proper backstories and authentic motivations which should add some assurances as well.

Beyond Good & Evil 2 Visuals Will Be More Realistic Than Before

The director of this game has shed light on the start system where the game will take place to be very much apart than the previous one. This time around the game will take place before the first sequel and the solar system is completely separate. However, what is really interesting is that the visual of this game are being worked in such a way that they are close to reality. All the while keeping the feel of Beyond Good & Evil intact.

Most of the Game Content will be made by Fans

At E3 2018 we were introduced with the collaboration platform known as hitRECord. For those who do not know what hitRECord actually and how it works, you just might find this very interesting. Apparently, Ubisoft has planned to let the fans in on the development of Beyond Good & and Evil 2. Fans can use this platforms to submit scripts, artwork, voiceover recordings and much more. The devs will then select various submissions and combine them together to create something that can be made part of this upcoming game. 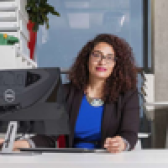 Although I am a die hard fan for present-gen role playing games. I consider myself to be an old school gamer. The likes of which date back to those SEGA cartridge based games. Having worked with multiple companies as a writer, striving to bring something new to the gamers every day is nothing less than a passion to make a difference in the gaming industry.