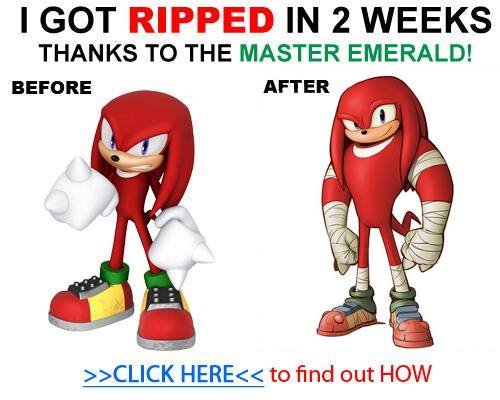 Here’s a classic internet ad showing us how to get ripped by knuckles.

Got ripped and lost all his brain cells in the process

Knuckles was always kind of dumb. Robotnik has tricked him into believing Sonic is the bad guy at least twice based on basically no evidence.

The early knuckles was fairly smart. I had some sonic anime movie from the mid 90s and it portrayed Knuckles as the brightest one. He has to stop hunting for treasure Indiana Jones style and help out because Sonic and Tails kept fucking around.

They Costanza’d him in the newest game, I think they’ll pretend this never happened