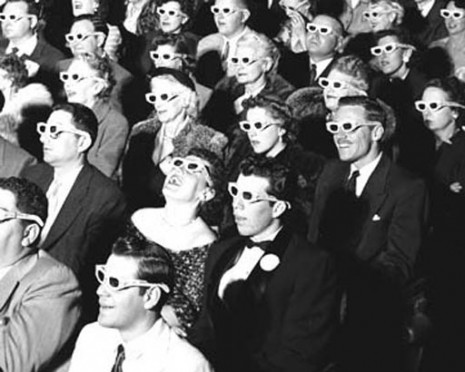 There is perhaps no element of modern film more controversial than the rebirth of 3D. What was once a novelty in horror movies and pulpy genre flicks has now become a staple of children’s films, superhero adventures and beyond. For some, 3D has inspired a return to the theaters, a reason to buy admission rather than wait for DVD or a torrent version to emerge. For others, 3D is a death-blow to the artistic quality of movies, a gimmick diluting the purity of our viewing experience.

There is, of course, no stopping the juggernaut. Perhaps the best course of action is to relegate 3D to the genres of movies that most benefit from its services. For me this doesn’t mean Pixar or the Marvel canon, but a type of film that has gone mostly unnoticed in this great 3D resurgence: the comedy film.

Now before you grab your pitchfork and start lighting torches, allow me to appease your inner village mob. Avatar is a visual marvel, an achievement in technical filmmaking that even the most vehement detractor would have to admit has some pretty cool scenes. Hugo stands in my mind as the best film of 2011, guided by Scorcese’s daring choice to pay tribute to old films through the lens of Hollywood’s newest gadget. However, as viewers we have all come to expect certain elements in a 3D movie, much like the tropes in horror films. A few of the most common offenders:

These clichés fuel my belief that it may be outlandish comedies that have the most to offer the realm of 3D going forward.

We go to movies to see something new. Often our expectations are not met, or they are met but not exceeded and it ends-up being the same disappointment either way. This is why films like Piranha 3D* and A Very Harold & Kumar 3D Christmas hold the potential to unleash a flurry of 3D fare that will sell tickets and entertain viewers. Whereas Thor was a good movie in my humble opinion, there were no surprises to be found, in the 3D or otherwise, save maybe Anthony Hopkins not making a terrible choice as an actor for the first time in a decade.

I had absolutely no idea what to expect from Piranha 3D, and that’s why it was so terribly enthralling. Yes, it’s an absolutely horrible movie straight from the shelf below ‘Cult Classics,’ but the 3D opportunities were endless: Jerry O’Connell having his manhood bitten off (and belched back up), scantily-clad beach babes indulging in spring break shenanigans and hoards of ravenous piranha that rush past you in a flurry of bubbles and blood. Thor and its brethren could never get away with the gimmicks Piranha embraces whole-heartedly. 3D in “serious” movies can only come out and play during epic battle sequences and indulgent establishing shots. The free-reign genre fare like Piranha has with 3D has almost no limits.

Now let’s look at A Very Harold & Kumar 3D Christmas. The title alone has three reasons it shouldn’t have any lasting value: it’s a Harold & Kumar sequel, it’s a Christmas movie and it’s in 3D. Instead, all of those reasons combined make it one of the best 3D movies to date. My rationale remains the same: 3D is an outlandish technology. It removes the film even farther from reality. This is why Tinker, Tailor, Soldier, Spy will never be re-released in 3D. Every facet of Harold and Kumar’s world is the antithesis of realistic. They encounter insane hill people, frequently run into to a womanizing Neil Patrick Harris and both get imprisoned and escape from Guantanamo Bay. 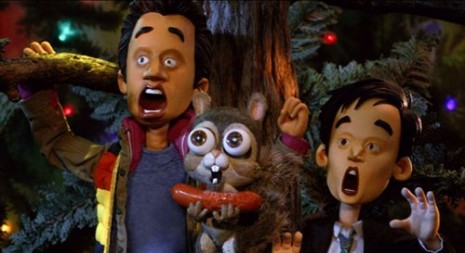 There is no valid reason to attempt any kind of normalcy in the narrative of these films, and thus the 3D element works seamlessly. Whenever a character is toking-up in the latest installment (spoiler alert: Harold and Kumar smoke pot in this movie), they exhale the smoke into the faces of the audience. At one point early on, Patton Oswalt blows a smoke wreath, which then lights up in a dazzling array of cheesy Christmas lights to introduce the film’s title. Other 3D highlights include a claymation scene that harkens back to the classic Rankin/Bass Christmas specials and a bullet-ridden bag of cocaine snowing down on the audience to the dulcet tones of “I’m Dreaming of a White Christmas” during a mobster shoot-out.

In no way am I championing these movies as anything more than absurd specialty comedies. Rather, I believe it is these types of movies that utilize 3D to its fullest extent. Coraline was an excellent 3D movie, but guess what? It was an excellent 2D movie as well. Whether or not you liked Captain America, I’d wager the 3D wasn’t the dealbreaker. Every failed Nicholas Cage film that came with a pair of glasses was a bad action movie masquerading as an ok 3D experience. Piranha 3D and Harold & Kumar 3D never pretended they were any good without the 3D gimmicks, which is why they work so well. Movies need to either be built from the script up with an intention to be filmed and marketed as 3D or to be good enough on their own to function without a veneer of 3D effects to hide subpar filmmaking. There will always be a place for certain films of any genre to enhance their story with the use of 3D effects, but there are far more Drive Angrys than Hugos out there.

*Is Piranha 3D a comedy film? Not exclusively, but I’ll offer you two quick arguments. 1) The movie was not meant to be taken seriously, much in the tradition of Attack of the Killer Tomatoes and Killer Klowns from Outer Space. 2) Look at the who’s-who of comedy icons who decided to add this thing to their resume: Adam Scott, Paul Scheer, Jerry O’Connell and the Doc himself, Christopher Lloyd. Also, who wants to read an article called “Is Comedy/Schlocky Horror The Future of 3D”? 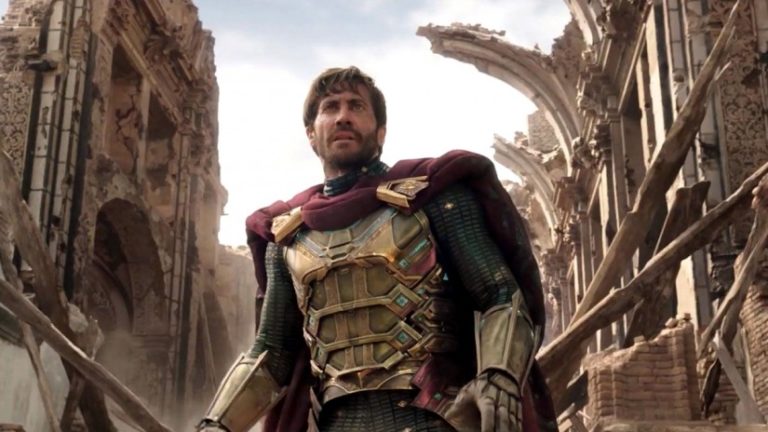 The trailer for Spider-Man: Far From Home has been released. One of the most interesting reveals from the trailer is that it is looking as though Spider-Man could be teaming up with Mysterio, who would…

I’m wondering how toy friendly the new Star Wars movies are going to be. Selling plastic appeared to be much of the motivation behind the last few Star Wars films, and now that the franchise…

What happens when the voice of Archer and Bob from Bob’s Burgers narrates HAL’s lines from 2001: A Space Odyssey (while possibly drunk)? Hilariousness happens, that’s what. H. Jon Benjamin is probably the most recognizable…

This is the internet, so when you tell me that people are remaking movies start cats, color me not surprised. I’m sure there are a bunch of these, but I think The Hunger Games with…

In what’s likely to be the only art exhibition I’d ever be pumped about going to, a series of talented artists have banded together to create unique poster art for Inglorious Basterds and compiled them…

I’ve posted a few Phantom Menace-themed items this week in the lead up to the 3D re-release of the movie Friday, and with them, I’ve always made one point very clear, the movie sucks. It’s…