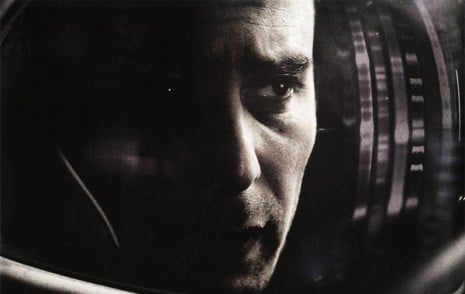 Update: I think this is US only because who the hell knows why.

I’m not sure what sort of crazy experiment is going on right now over at YouTube, but they’ve decided that not enough people have seen Duncan Jones’ sci-fi masterpiece Moon (and they’re right). As such, you can now watch the ENTIRE movie on YouTube for free.

Granted there’s limited commercial interruption which sort of kills the mood, like trying to watch Schindler’s List on TNT when there are Schticky ads every ten minutes, but it’s still better than nothing. Well, it’s not technically better than piracy, but at least you don’t have to feel bad about it.

Click the link above to kill 90 minutes of your workday. It really is a fantastic film, I promise. Sam Rockwell got screwed out of an Oscar nom as he carries the entire movie on his back.

In the biggest movie news since it was announced there was going to be a Star Wars Episode VII, now a director has been attached to the project. Probably. Maybe. Hopefully. It’s JJ Abrams, of…

A good trailer is a beautiful thing, and a great one can stand the test of time even if the film itself didn’t turn out to be all that great (looking at you Prometheus). But…

(click to enlarge) My personal life only rarely collides with things that are relevant to the site, like when I buy a Metal Gear Solid jacket or my girlfriend dresses up as Pikachu, but this…

While we’ve seen a slew of websites give their take on the best underdogs in sports movies, it was time for a new topic on the subject.  Granted the sports movie is the easiest medium…

This article should really be called “All Comic Books Are Better Then The Movie” and then the article should end. Because that title pretty sums up how I, and most comic book fans, feel. An…