I’m not exactly a regular viewer of Fox News, but this new report from one of their anchors I do like, Shep Smith, caught my eye. They’ve complete revamped one of their newsrooms into something that looks pretty dang futuristic. It’s sort of ridiculous, but I kind of like it.

Most notable is the fact that Shep’s “information specialists” are now working behind him on giant 55 inch surface PCs the size of drafting desks in order to find and confirm news live on air. I think the system is less about “quickness and efficiency” as they claim, and more about just looking futuristic, and I have to admit, it does look pretty damn futuristic.

That said, I’m pretty sure forcing people to stare at a 55 inch screen from a foot away for a long period of time isn’t exactly going to sit well with their corneas. Still, this very may well be the sort of computer we all use in the not too distant future, and I’ve certainly seen something like it across more than a few sci-movies over the years. Only there were more holograms. That’s CNN’s department, though.

I haven’t read too much Lovecraft myself, but even I’m familiar with Cthulhu, the underwater behemoth that was the subject of many of his books. If you found Lovecraft a bit too dense to read… 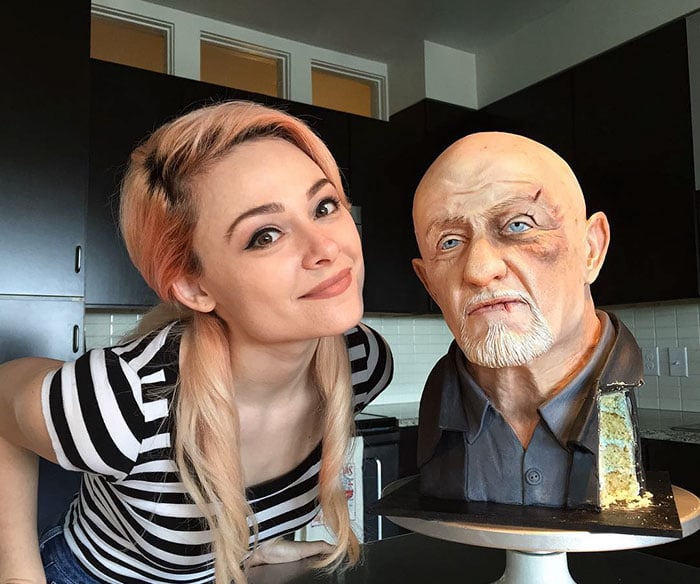 Just when you thought you’d seen enough interesting themed cakes, along comes Natalie Sideserf to bring an entirely new level of realism to such a tasty treat.   Recently she made an incredibly realistic cake of…

On my left hand, nestled right next to my wedding band, I wear a replica of the One Ring. I have for years. That’s right. Just like the one Frodo chucked into Mount Doom. Well,…

When I first saw the work of RJ Palmer AKA “Arvalis” on Deviantart I knew I came across something special.  RJ is a specialist in Pokemon artwork but his work goes a level beyond most…

I’ve said this in the past and I’ll say it now:  I do not like the Academy Awards.  However, that doesn’t mean we don’t need it.  There are plenty of those out there that think…

Five-year-old Jayden loves Spider-Man. And on what might be his last ever birthday — he has a grade 4 brain stem tumor — his dad came up with an incredible surprise for his son.  His father…