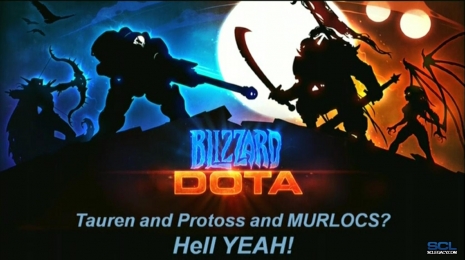 I know I harp about MOBAs quite a bit here at Unreality, and while I’m not a fan-boy per se, I do greatly enjoy the genre and feel I have some insight to share. I started playing Dota back in 2006 as a way to kill time between raids in World of Warcraft (this should tell you something immediately). The matchmaking was awful, there was no ranking system to speak of, and games were ruined when people quit. I know Paul posted yesterday about how awful people in the genre can be towards newcomers, and while I wholeheartedly agree, it’s nowhere near as bad as it was when Dota first began.

Paul’s experiences even include LoL’s successful peer-to-peer reporting system, the Tribunal.  In 2006 however, Dota had none of this, and yet it continued to grow. I had thought that eventually Blizzard would take the fledgling genre under its wing, helping to improve its functionality and matchmaking capabilities, but they never did. Even when it became clear that Dota wasn’t just a passing phase, but a true RTS powerhouse, Blizzard did little to acknowledge the genre growing right under its nose. 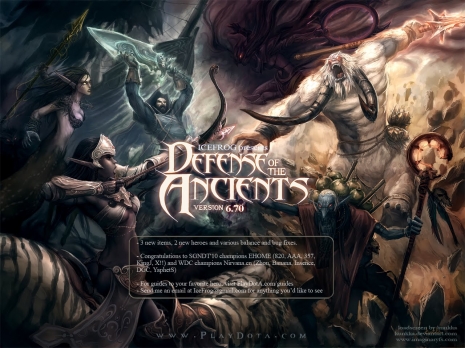 Blizzard’s casual strategy towards release dates is beginning to show its age. I don’t mean to imply that Blizzard fans are tired of waiting for another extremely polished Blizzard IP, because they aren’t. Most Blizzard fans or PC gaming fans in general, are all familiar with, and accept, Blizzard’s current design strategies. Players understand that good games are worth the wait. Paul even featured some words of wisdom the other day from Nintendo’s Miyamoto that seem almost specifically designed to support Blizzard’s production approach. While this may have worked in the past, I believe that Blizzard’s seemingly-endless-development-cycle approach is beginning to show its weaknesses. But to explain I have to start at the beginning.

First off let’s be clear, Blizzard didn’t create Dota. While the world editor released with Warcraft III lead to an environment in which Dota could be created, Blizzard did nothing to nurture its development along the way. Maybe there were talks behind the scenes, but it doesn’t seem likely, at least not by my memory. Often Blizzard’s Warcraft III or Battle.Net patches would make current Dota builds unplayable, which is funny because by this time more people were playing Dota than Warcraft III. This I believe was Blizzard’s Waterloo. 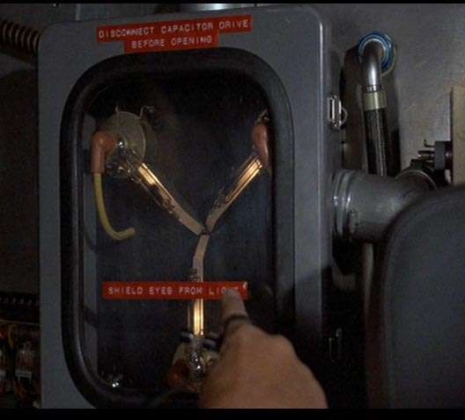 Instead lieu of Pandas, Blizzard should have invented in this.

If Blizzard had access to a flux capacitor this would be the period they should punch into the time circuits; the point in which it became clear the Dota community was rapidly outgrowing Battle.Net and desperately needed its own platform. Blizzard ran Battle.Net, the service used to play Dota and were aware, before anyone else, how popular it had become. So what did Blizzard do when they saw this genre being created, using their own proprietary technology, right in front of them? Nothing. Despite their first-hand knowledge of Dota’s success and the fact that other companies were beginning to take notice, Blizzard failed to jump on an incredibly obvious opportunity. It’s as if they got up from making another World of Warcraft patch and saw Biff Tannen’s Pleasure Paradise gleaming out their window – Blizzard got their hands on Gray’s Sports Almanac but then threw it away, leaving members of the Dota community to fish it out of the garbage. 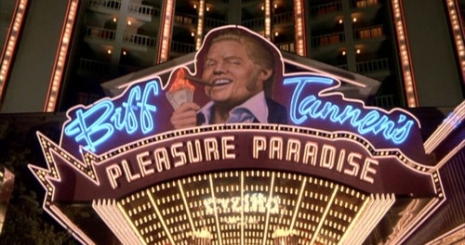 So despite being in a prime position to once again be the innovators of a newly formed genre, Blizzard continued to focus on WoW (and who can blame them), leaving the needs of the Dota community out in the cold. But the demand for a more sophisticated way in which to play Dota was so great that it essentially supported the creation of two games based off of Dota; Riot Games’ League of Legends and S2 Games’ Heroes of Newerth. Blizzard clearly missed the boat; they didn’t even know there was a boat. League of Legends was released in 2009, acquired by Chinese company Tencent Holdings in the summer of 2011, and by the end of 2011 generated more revenue (top of page 2) on the PC than all of Activision Blizzard. For those of you playing at home, Riot Games created a global multi-million dollar company based around a next-gen game in two years while it took Blizzard five to make any announcements regarding Blizzard Dota.

If Blizzard simply didn’t want to get involved in the MOBA genre then they wouldn’t appear to be out of the loop, but they are, they’re just taking their usual carefree approach. They’re even going to court with Valve over the use of the name Dota, despite not really ever caring about it before. And while they may have legal rights to the name because it was developed on their software, in the end it really doesn’t matter. While Valve and Blizzard argue over the trademark rights of a last-gen title, Riot is LoLing all the way to the bank.

I’m not saying LoL is a next-gen MOBA title just because I like the game and play it (although to this day I’ve still most likely played more games of Dota); I say it because there are actual tactical elements over its predecessor that make it true. I could write a whole piece as to why I think LoL is the next-gen Dota (and maybe I will), but let’s just say most of it boils down to the fact that it’s free-to-play, appeals to a larger audience, and makes a boatload of money. It’s also important to mention since it will soon be a competitor of Blizzard’s own Blizzard Dota, something you would think is a next-gen title, but doesn’t really look like it.

I don’t mean to rag on a game that I haven’t played yet, so I’ll be honest and say that Blizzard Dota is still in the works, and could still surprise me. But so far it doesn’t look like a competitor to anything really. From the screenshots it looks as if there are only 12 champions (or heroes) total, built off of existing characters from Blizzard’s various IPs.  They’ve made a few small gameplay changes, but even after they played it, Joystiq admitted that it doesn’t feel “as hefty or complete as league of Legends.” Riot Games releases a new champion every two weeks give or take, and HoN is right there with them. The only games Blizzard Dota seems to be in competition with other Starcraft custom maps. 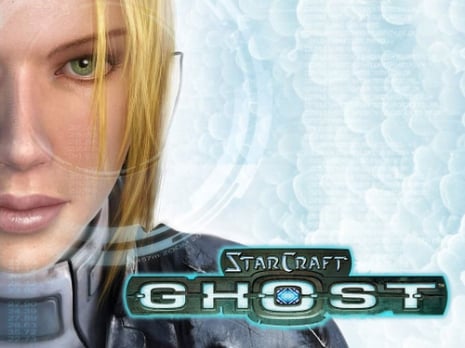 I find this all very sad to be honest, the old Blizzard, the RTS king, would never have considered Blizzard Dota a worthy competitor to what’s already out there. Remember, this is the company that cancelled Starcraft Ghost; they’re the ones always reminding us that they don’t release games until they are finished, they set the precedent we hold them to.  It looks like Blizzard Dota was created because they had Starcraft 2’s technology lying around, and because they want to pitch their new Blizzard Arcade system. They don’t really seem to have any faith in the genre that they helped to create.

As players we have accepted Blizzard’s method of tenuous release dates and broken promises because in the end the games were always worth the wait. The last expansion in the Diablo franchise pre-dates the iPod for crying out loud, but we’ll be ok with that as long as Diablo III is great. This is why I am confused about Blizzard Dota; they just don’t seem to be giving it all of their effort, and I can’t remember the last time Blizzard voluntarily gave up the high ground, and didn’t at least attempt to innovate or do something greater than their competitors, they would just axe a game they think didn’t make the cut. 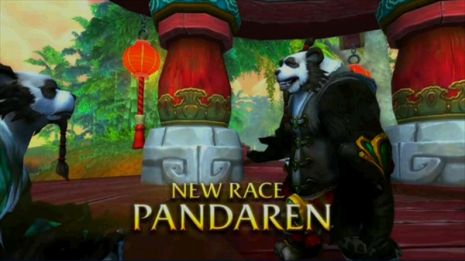 This is why I think their old model has to go; they’ve gotten too big, too bloated, and too corporate. They’re spending so much time worrying about their macro game they forgot to micro. That’s the only reason I can think as to why, after almost six years, they refuse to seriously put their weight behind a genre they could have helped to create. Instead they’ve decided to recycle old April Fools gags and turn them into seemingly new content for World of Warcraft. So as Blizzard struggles to defend WoW from light sabers, Riot Games’ is turning League of Legends into a fully fledged E-sport, chewing Blizzard’s once unrivaled Korean E-sports market. Unless Blizzard remembers how to innovate, will they be able to keep up with smaller more agile companies?

We may think that Master Chief doesn’t take his helmet off so he can remain mysterious, but that’s not really the case. I think he leaves it on because spanning three games, he’s pretty much…

(click to enlarge) Confession time: I have never played Katamari Democracy (update: Damacy, wow). Whenever it comes up on the internet where I see little people with croquet mallet heads with big piles of stuff,…

Aside from the Mass Effect series, there’s only one other video game franchise that I follow so diligently. I’ve been playing The Sims since its first release, and have bought almost all the major expansion…

Some of you know that I’ve got a gaming column over at another site called The Idler. Actually it would be more correct to say I had a gaming column, since The Idler will be…