In the real world, Japan went through a time called the Sengoku Jidai, which tends to be translated as either the Warring States period. Chances are good that interested individuals can guess that this was a time when neither the Emperor nor the Ashikaga Shogun could exercise effective control over their nominal subordinates. As a result, well, the Sengoku Jidai wasn’t quite a war of all against all. Even so, warrior clan fought warrior clan throughout the whole of Japan for more than a century’s time, which was every bit as nasty as that sounds. Despite this, it is important to note that the Sengoku Jidai might be the single most romanticized part of Japanese history. For proof, look no further than the fact that some of the most famous shinobi ever are supposed to have lived in this time. One example would be Hattori Hanzo, a historical individual who is known to have been a high-ranking samurai in Tokugawa Ieyasu’s service. Another example would be Sarutobi Sasuke, a folkloric individual who is said to have fought for the losing side at the Siege of Osaka in 1615 that ended the era. Unsurprisingly, the effects of this romanticization can be seen throughout Naruto.

Hatake Kakashi was already a powerful shinobi at the start of the Naruto series. After which, he proceeded to become even stronger, as shown by how he was capable of contributing to the fight with Otsutsuki Kaguya. Having said that, one can’t help but feel that Kakashi as a Hokage was more of a placeholder than anything else. In short, the more notable Kages seem to matter on a strategic scale. There are a lot of shinobi that can decide the course of battles. However, there aren’t a lot of shinobi that can decide the course of wars. Sometimes, Kages are so effective at killing that they are capable of forcing the numbers in their favor. Other times, Kages have some other specialty that enables them to serve much the same purpose. In fact, it isn’t uncommon for them to have both, which will be shown by some of the later names on this list. Unfortunately, Kakashi doesn’t have either one of those two things. There can be no doubt about the fact that he is a very good killer. Even so, Kakashi has never shown the ability to tear through a succession of another hidden village’s elites the way that some of the other Kages have. Certainly, he could match them. In fact, it isn’t unreasonable to think that Kakashi could win versus most of the other elites out there. Still, that is far from overwhelming them. For matter, while he isn’t as prone to running out of stamina as he was in the past, that isn’t exactly one of his strengths. On the whole, Kakashi feels more like one of the top-tier elites rather than one of the top-tier Kages.

Tsunade is a formidable fighter in her own right. Naruto shinobi are very superhuman. However, Tsunade possesses a measure of superhuman strength as well as a measure of superhuman toughness that are extreme even by the standards of her setting. Combined with the fact that she can regenerate herself, those things make her a very dangerous opponent in combat. She isn’t particularly terrifying by Kage standards but she is more than capable of being counted among their ranks in this respect. In any case, what makes Tsunade special is her ability as the single best medical-nin seen in the Naruto series. We know that it takes a lot of time and effort for shinobi to fulfill their potential. Furthermore, we know that a shinobi can remain effective well into old age even without resorting to special life-extending techniques. As such, they aren’t just disposable assets that can be replaced in an instant. Instead, they are high-value personnel that have had a lot of resources poured into them. Better medical capabilities mean better survival rates as well as better recovery rates, thus enabling those high-value personnel to contribute more than otherwise possible. Tsunade is very well-suited for this task for a couple of reasons. One, she has extensive experience with training medics as well as setting up medical institutions. Two, she has shown the ability to care for her charges over entire battlefields. These things might not be very exciting, but wars aren’t necessarily won by very exciting things.

Senju Tobirama gets overshadowed a lot. After all, he was around in the same era as Senju Hashirama and Uchiha Madara, who were absurdly powerful even by the standards of Kages. To an extent, this is unfair. Tobirama might not be as flashy as either one of those two individuals. However, it is no exaggeration to say that he can be considered a very well-rounded powerhouse with some very nasty trump cards at his disposal. One example of those trump cards would be the Flying Thunder God Technique, which made him extremely dangerous in personal combat. However, the nastier example would be Summoning: Impure World Reincarnation, which could be used to put the souls of the dead in immortal bodies capable of regenerating with incredible speed. Tobirama’s version of the technique wasn’t quite as terrifying as what it would become at the hands of Yakushi Kabuto. Even so, it isn’t hard to see why Summoning: Impure World Reincarnation would be devastating against his enemies, seeing as how it wasn’t limited to being used to bring back his allies. Fortunately for everyone else, Tobirama had functional morals, meaning that he wasn’t prepared to abuse the technique to the extent that he could have because of the human sacrifices needed.

Speaking of which, Sarutobi Hiruzen is another character who gets overshadowed a lot. Primarily, this is because we never saw much of him in his prime. Instead, our recollection is dominated by a very old man who had been forced to pick up a set of responsibilities that he had already laid down. Even so, what we saw of Hiruzen suggests that he is more than deserving of his reputation as a so-called God of Shinobi. Yes, he wasn’t facing his two teachers at their full power. If he had been, it seems safe to say that he would have been overwhelmed. Still, Hiruzen was facing Orochimaru plus both of his teachers in immortal bodies capable of very fast regeneration in an enclosed battlefield with no way of receiving assistance from other shinobi. Even so, he managed to take out both of his teachers before crippling Orochimaru, meaning that he came out ahead while trading against three Kage-tier opponents at the same time. Capabilities-wise, Hiruzen is notable for being another character who was very well-rounded rather than hyper-focused on one or two specialties. In particular, he is famous for his versatility when it came to ninjutsu, which enabled him to tackle a wide range of scenarios without being greatly disadvantaged.

Namikaze Minato never reached his full potential. Even so, what we know about him is ridiculously terrifying. After all, it is canon that his enemies were issued orders to flee if they ever ran into him during the Third Shinobi World War, which suggests that they received numerous lessons why facing him was a bad idea. Furthermore, while one can argue about whether the anime should be considered canon or not, it is worth mentioning that its claim of Minato single-handed wiping out an Iwagakure army of 1,000 shinobi doesn’t actually sound that implausible considering everything else that has been revealed about him. The whole thing becomes particularly ridiculous when one realizes that he didn’t do all of these things through giant techniques and the like. Certainly, he had those, as shown by his ability to summon toads as well as his mastery of the Rasengan that he based on the Tailed Beast Ball. However, Minato was capable of deciding wars by just being that fast and that deadly with some assistance from the Flying Thunder God Technique.

Unsurprisingly, Senju Hashirama gets a very high position on this list. After all, he is one of the characters who has shown the casual ability to rearrange the landscape of entire regions, which should make it very obvious why he would be capable of deciding the outcomes of entire wars on his own. On top of that, Hashirama has shown a number of other incredible feats, each of which most shinobi would struggle to match. Never mind the entire lot. For example, he could suppress Tailed Beasts so well that he captured eight of the nine on his own. Similarly, he naturally possessed what was effectively regeneration, which was comparable to Tsunade and Naruto’s capabilities in this regard. Furthermore, Hashirama was a very well-rounded shinobi, meaning that he had no real weakness that anyone could exploit. For proof of this, consider how he was proficient with the five basic elements plus both Yin Release and Yang Release even though he was the one individual to be born with Wood Release. Every subsequent Wood Release user has been an attempt at copying him. Moreover, every single one of those individuals have been a pale copy of him in this regard.

Uzumaki Naruto gets the top spot. This is very appropriate from the perspective of narrative. After all, he is the protagonist of a shonen series, so it makes sense that he would wind up in said position at some point. Furthermore, the Naruto series does have something of a theme of each generation building upon what had come before it, thus making it a good idea for the latest Hokage rather than, say, the first Hokage to be the most powerful Hokage. As for why Naruto gets the number one position on this list, well, he has demonstrated an absolutely ridiculous arsenal of capabilities that should be more than enough for him to go up against a hidden village on his lonesome. To name an example, he can toss techniques that are more reminiscent of nuclear weapons than anything that a lot of people would expect out of a fantasy series. Similarly, he has superhuman physical capabilities even by the standards of his setting, which would be dangerous enough on their own but become ridiculously more so because of his penchant for having a huge number of fully-functional clones running around. We have quite literally seen Naruto playing a decisive role in multiple conflict zones of the same war at the same time, which should make it very clear that he is a war-winner. Never mind the fact that Naruto is also actually capable of empowering other people in massive numbers. Finally, while he isn’t necessarily the smartest shinobi running around, he is definitely one of the most charismatic. Something that matters a lot for not just getting his subordinates on board with his plans but also other people in other hidden villages. Suffice to say that having a lot of friends is always better than having no friends in any kind of conflict. 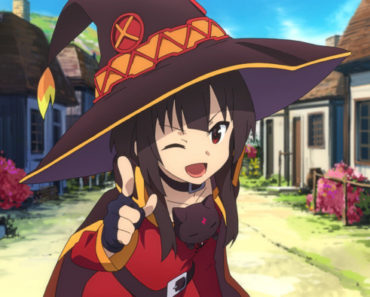 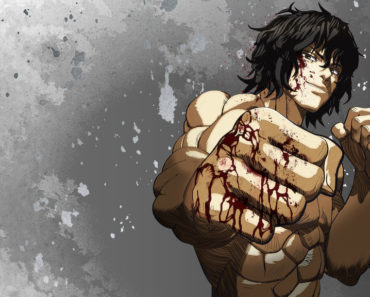 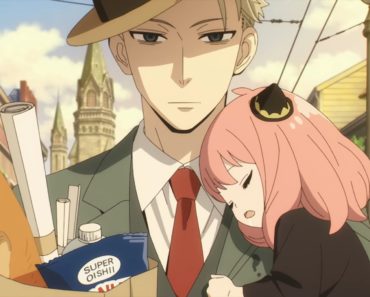 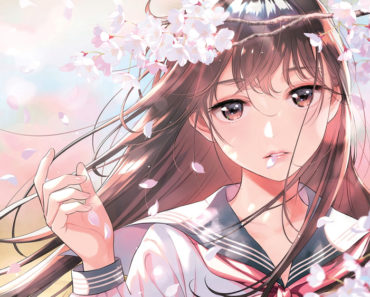 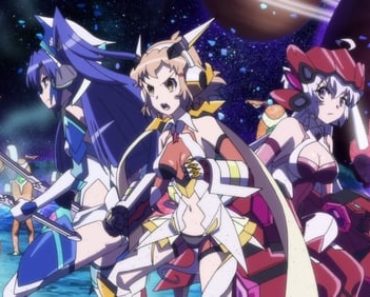 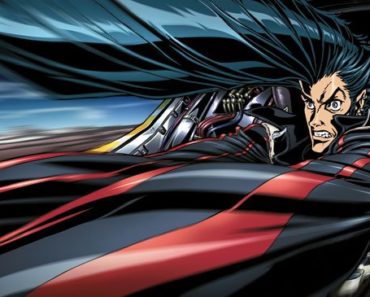