Alright, not really, but it’s a damn good skit on Jimmy Kimmel Live this week.

Harrison Ford has been well known to refuse to answer questions about Star Wars over the course of his career, but now he legally can’t do it because of the new Star Wars movie that he’s in.

Kimmel organized some audience questions with the stipulation that no Star Wars queries were allowed. As you’ll see, that was a bit trickier in practice than in theory.

And now I have a mental image of Chewie having sex with Princess Leia. Thanks Kimmel.

So all this time you’ve been saying “Beam Me Up, Scotty” because that’s what you thought the correct line was right?  Wrong.  It’s actually “Beam me aboard” which I personally think is 100 times worse. … 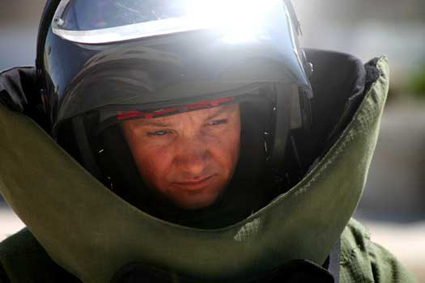 I once read an album review for The Darkness‘ Permission to Land.  It stated something along the lines of that if the band was serious, the album was a 2 out of 10.  If…

Nowadays, most of us know Guillermo del Toro as one of the great “I promise I’m going to make this movie” guys in Hollywood. His name has recently been attached to such potential classics as…

I’m all Man of Steel-ed out at the moment, though I’ve loved discussing the movie with you all the past week or so. I am however, finding myself thinking about the future of superhero films…

I still can’t believe it.  They did it; they actually pulled it off.  Against all odds, Blumhouse Productions actually managed to turn Annabelle into a legitimately good movie.  The film had everything going against it…

How I have not mentioned this movie is a complete mystery to me.   And how I didn’t know that Gotcha! was directed by Jeff Kanew (who directed Revenge of the Nerds) also bothers me.  So…