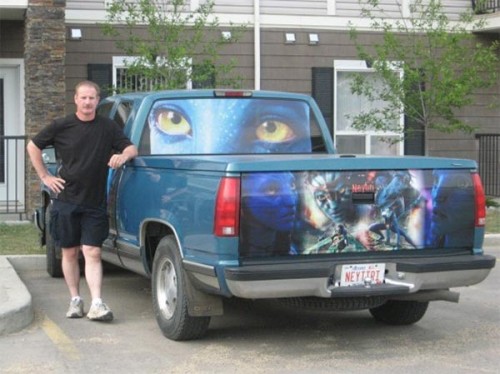 Longtime readers of the site will recognize Avatar Tattoo Guy, a man who has gotten nearly a dozen tattoos of Avatar’s Neytiri on his body, and has also covered his truck with her as well. We’ve kept in touch since our interview, and he occasionally emails me photos of new tattoos and such (he has Na’vi stripes now).

I got this in the mail from him recently, a message sent to a whole bunch of people (even 20th Century Fox reps), where he laments how the fanbase of the show has dwindled. It seems he’s turning out to be the last die-hard Avatar fan. It’s a bit sad to read, and I have not edited the message in any way:

“Just a little something that was going through my mind while i was trying to find my happy place while getting inking done. Anyone who has gotten a tat will relate to the phrase (happy place). LOL. There are many avid avatar collectors out there in the world, people collecting things like  books, posters, cards, anything that has avatar on it  or just of there special character.

For me yes i still do all this and more but was wondering who else if ANYONE is still getting the odd tat of avatar or coloring or anything except for me . Really I think I’m the last die hard avatar fan left for this side of it at least. I know there is more to it than just collecting and inking. Of all the people i used to know and chat with over the time that avatar came out there are still a select few that are still with me and I thank you for still being here.

Lost a lot of good friends along this journey  but some I’m starting to reconnect with again . They are starting to understand  and are excepting what I’m doing now.

I wonder who will still be around when I’m done with all this , if anyone  (still years of inking to go yet).

Every day we make choices in life that will affect the course of our future. Only god knows where we will end up or who we will be with in the end . Its the journey that’s makes life interesting all the good and bad aspects of it .

I don’t mind bad horror movies. I’ve seen plenty. They can either be hilariously awful, or just plain boring and unoriginal. Either kind aren’t terribly offensive, but the most frustrating ones are those that take…

I’m at a point now where I’m starting to become familiar with all the best pop culture artists out there, but I always like being introduced to a new one I’m not familiar with. I’ve…

Well folks, it finally happened.  Despite their long history of immaculately conceived, pristinely rendered and unerringly good horror films, Blumhouse Productions has finally churned out a bad one.  The company that was somehow able to… 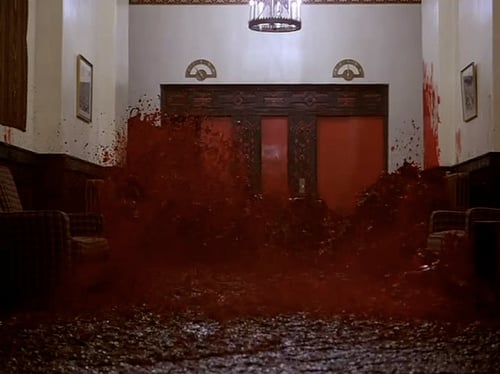 I ride in an elevator every day during the week in order to get to my office (and no, I’m not one of those lazy bastards who takes the elevator from the first to the…

Behold, your mighty Avengers, years before they assembled into anything resembling a fighting superhero force. Most of these are high school era photos of the actors, and it shows that even the awkward looking can…

Every so often, a comic actor goes through a crisis of faith. Maybe they feel they’re being pigeonholed into roles that involve fart jokes and being hit in the balls too often, or maybe they…