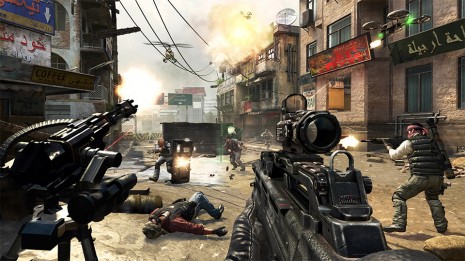 A few weeks ago, I wrote a part one journal installment of Halo 4. Then I did one for Black Ops 2 a short while later. The idea was that I’d played through the campaign, and only a bit of multiplayer, and I’d come back to each game once I’d spent a little more time with them.

But now, here I am, and I don’t feel like I’ve got enough to say to warrant a full new journal entry for either. Simply put, I’m getting tired of the grind of these games, with their levels of unlockables that resets ever year or few years.

This is best illustrated by my prestige level across each annual installment of Call of Duty. Starting with Modern Warfare 2, the first title where I played multiplayer religiously, I think I got to about prestige 3 or 4. Not super high, but pretty decent for a non-high-school-aged player like myself. 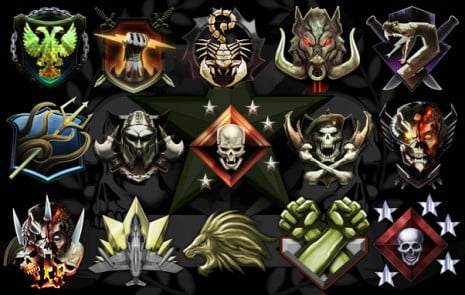 Look at all these prestiges I won’t get!

In Black Ops, I think I manage to get to the first prestige, and  a few levels more after that. Modern Warfare 3, I didn’t even reach the top level of zero prestige, but was maybe in the 50s or 60s.

So, what’s the reason for my increasing lack of interest over the years? Well, it’s the fact that every game I’ve mentioned is more or less the same title. Sure, guns, killstreaks and maps are swapped in and out, and really, the games are undeniably fun for a while. That’s why I’ve been buying them year after year after all. But each year, they get a little less fun. I’m a little less motivated to press forward to unlock that perk or that camo.

It’s due to repetitiveness sure, but it’s also because I know that at the end of the year, the clock will reset, and I’ll have to do it all over again in a new game. The completionist in me always sets out thinking “I’m going to earn all the achievements and max out all my guns!” But the truth is, unless you’re playing the game 10 hours a day for the entire year, you’re not even going to come close to achieving that. I’d max out three assault rifles and give up, then just wait around until next year. And gameplay was just too repetitive to keep me playing “for the love of the game” as it were. 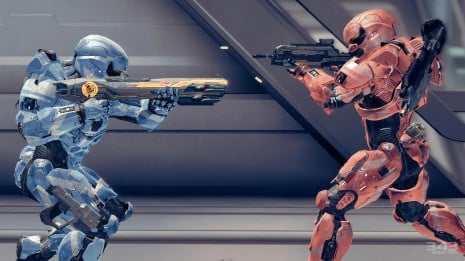 This also has to do with getting older, and having less time, and people, to play these games with. In high school and college, I could have my buddies come over and we’d have a blast with split-screen Halo. But now? It’s far less fun to play these kinds of games by yourself. At best, you’re talking into a headset to a friend a thousand miles away, or at worst, you’re sitting there by yourself, yelling at the faceless screen when you go 2-18 or celebrating with no one when you go 18-2.

I’m just getting tired of multiplayer games that don’t have much strategy attached to them. I’m more into titles like League of Legends now, which even though there are few unlockables and only one map, each new game feels more diverse than FPS titles. And it’s not so bad to play by yourself either.

Elsewhere, I’m more a fan of story based games now. My favorite titles of the year have been The Walking Dead and Mass Effect, single player based games that tell a powerful story. And when I play games like Halo 4 and Black Ops 2, it bothers me how poorly the campaigns are laid out compared to these other titles. In short, multiplayer alone isn’t enough to sell me anymore, and we’re past the moments of old games like Modern Warfare 2’s “No Russian” that were truly astonishing from a storytelling perspective. 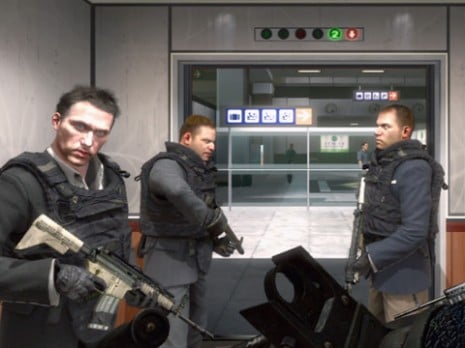 These moments either don’t exist anymore, or just don’t make the same kind of impact.

I don’t think I can generalize this to all people my age, but I am getting tired of the hyper twitch lonely shootouts of these games. I’ll feel mentally exhausted at the end of a few matches, which have me shooting or being shot practically every five seconds. It’s just much more intensity than I’m looking for in a supposedly relaxing leisure activity.

Am I getting old, or are these games just not changing enough to be worth playing with each new iteration anymore?

I stumbled upon a thread yesterday that began to warp my mind so much, I thought I’d share it with you. But rather than simply copy paste, I did a few quick workups of some…

In the competitive world of gaming, companies have to come up with interesting ad campaigns to both keep existing customers as well as reel in new ones.  And I have to admit that Nintendo is…

I asked this question to myself, but then I answered it immediately when I realized that Japan has an obsession with making male protagonists look like girls in a tradition that’s spanned from Final Fantasy to Zelda….

I was wondering how best to explain exactly what a greifer is, as they’re currently the bane of the video game world. You know when your big brother grabbed your arm when you were little…

httpv://www.youtube.com/watch?v=lEr8iX_c8rY I haven’t played Modern Warfare 2 in months as Starcraft 2 and Halo Reach have taken up the entirety of my allotted gaming time. But as it turns out, I guess not that much…