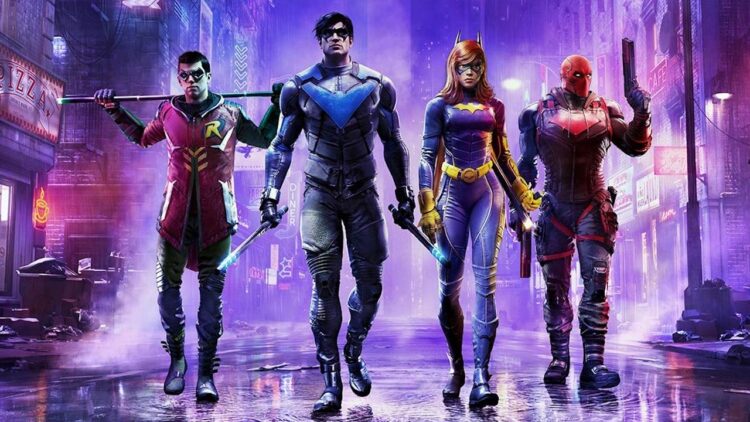 Gotham Knights have gone gold and it has been a long time coming. This game takes place shortly after the events of a tragic occurrence. Batman is believed to be dead and only his family remains to protect the ruins of Gotham City. Players will choose between; Red Hood, Nightwing, Robin, and Batgirl to explore an open-world map containing a fully realized Gotham City. Branching off from the first four Arkham games, Gotham Knights will carve its own path by being more of an action RPG. This game has had a long development cycle by being delayed a number of times. Now that copies are finally being printed for public consumption, now is the time to get excited about it. Even though there are similarities to the Arkham IPs, this title is adding more flexibility to how players want to patrol the streets of Gotham. Even though the previous games were more Metroidvania in their approach, this new IP is more nuanced on how to gear up the characters.

All four protagonists will play very differently from each other. Not only will they have different move sets, but also abilities. Players will be able to switch characters between missions while in the Belfry. Which acts as a HUB for leveling up characters, customizing gadgets, and gaining intel. This time around, players can be more tactical in how they go about their missions. This will also be a prime segment of the game to really learn about the characters and where they stand regarding Batman’s “death.” Despite that the world of Batman has a rather extensive rouge gallery of villains, Gotham Knights will focus on the Court of Owls. They are conjuring up a plan to rule the underworld of Gotham with an iron fist. Not to mention sending out assassins to eradicate the Bat-family.

Shadow of the Bat

Now, what makes this particular Batman game stand above the rest is the fact that it has cooperative features. A character can jump into another player’s session to help out, then leave whenever they feel like it. It is a very organic way to implement being part of the Bat Family. There will be no forced co-op missions in Gotham Knights. The cooperative features will be used purely at the player’s discretion. Of course, things can always change with future patches regarding this. As things currently stand, this will predominantly be a single-player offering in terms of the campaign. Much like any other RPG, there will be tons of loot to find. Not only in the guise of gaining XP, but also with customizable gear, as well. There will be various ways to upgrade the characters, which is quite deep even when RPGs are concerned.

There will be the standard abilities unlocked by accumulating XP, yes. However, there are sub-menus available that delve deeper into molding a character to fit a player’s needs. One is the “Momentum Abilities.” These are unlocked by achieving certain feats and challenges throughout the game. What they do is help the player become a much more formidable combatant by increasing speed, reducing cooldowns, etc. They’re basically “perks” in a way. Another layer of upgrading is the “Knighthood” branch. This will be essentially the last upgrade to unlock. It will offer an “Ultimate” for a character. Making them a “symbol” of their own throughout the city of Gotham. All these upgrades are stitched into the narrative, Once the Knighthood is unlocked, the characters will have moments of realizing who and what they truly are. Thus, it’s also universal across all the characters once unlocked during a playthrough. Each will need to complete a challenge to finally reach an epiphany and choose an option to fulfill their destiny.

The Court of the Owls is an ancient clandestine organization that has been pulling the strings of civilizations for a very long time. Gotham is now in their sights and it is up to the heroes to dissolve them. Of course, it wouldn’t be a true DC game without some familiar faces showing up. Among them will be Mr. Freeze and The Penguin, respectively. Despite the similar aesthetic, Gotham Knights isn’t a spin-off of the Arkham games. It is set within its own universe. All the characters will have their own unique way to traverse the city. Robin will be able to teleport via the Justice League’s satellite, while Batgirl can glide with her cape.  Thus, all characters will be able to travel through vehicles, like the Batbike, for instance.

Even though Gotham Knights is taking the established formula of the Arkham games, it is still aiming to be its own thing. Given that it will be an action RPG, this is a very different offering in comparison to what the gaming community had before. The addition to co-op is also an interesting feature to experiment with. All of the upgrades won’t be unlocked in a single playthrough, either. Players will need to choose carefully how they want to mold their chosen character. There will be multiple ways to play this adventure, and surely players will be enticed to commit to just one member of the Bat Family. However, they don’t have to if they don’t want to. Players will be free to experiment with their builds and how to tackle this mystery. Hence, this game will be wrought with multiple playthroughs regarding all the character’s personal journeys and how players can build them up.

At one point, Gotham Knights was slated to be released on cross-gen platforms. This is no longer the case. It will now only be released for the PlayStation 5, Xbox Series X, and PC. Even though the development for this game was unusually long, the wait is finally almost over. Gotham Knights will be dropping on October 25th. Even though this game won’t feature Batman, there are still plenty of characters in the DC universe to go on adventures with. Needless to say, the Bat Family has plenty to explore in terms of character development.

httpv://youtu.be/G753IcaaIwQ What happens when Batman plays video games? He rages, of course, and in the video above, Robin suffers the brunt of his wrath. From the amount of “Robin getting the crap beaten out of…

It is extremely rare that someone comes out with a product that literally compels me to buy it in the first five seconds after seeing it. This is one of those products. If you think…

Cosplaying Chell from Portal just got easier, and more comfortable. Jinx has a new set of Aperture brand sweatpants you can buy to ensure you’re testing in comfort and style. And don’t worry guys, there’s… 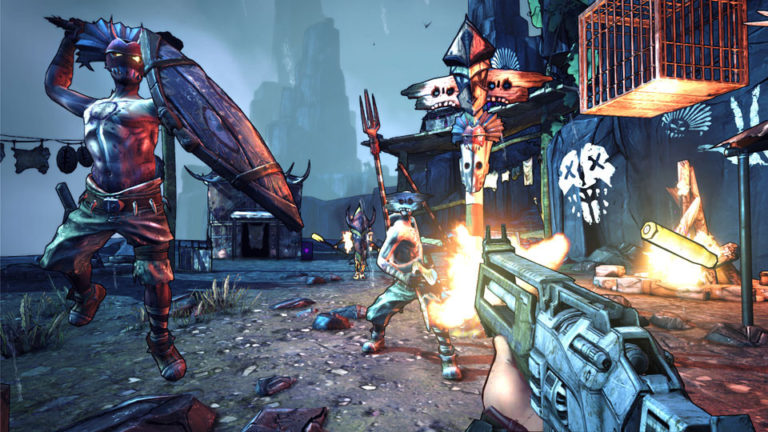 Ever since its introduction, Borderlands has been able to make its mark on the gaming world. The first game set things off with a trailer that was both intriguing and confusing. The art style was…

Above and below you’ll find a series of pictures/poster prints from Orioto Inn. They span all manner of levels from past Sonic the Hedgehog games, but render them in an art style that’s even more…