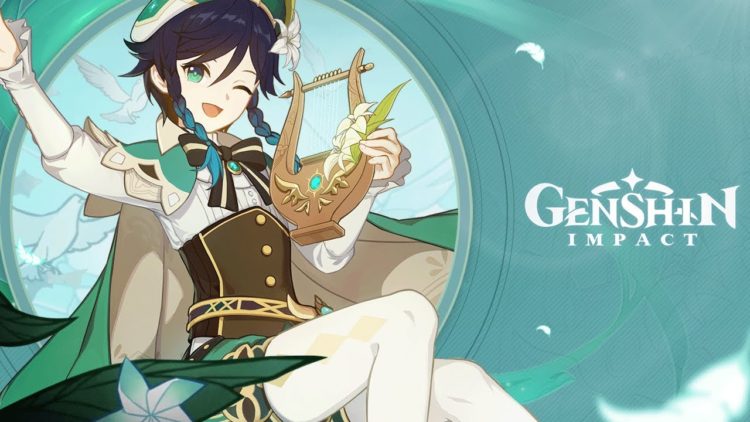 1. His Name Is Very Literal

Chances are good that people can guess that Venti is some kind of wind-themed name. This is fitting because of his role as a wind god. However, it is interesting to note that Venti’s name is very literal. For context, the Anemoi were the wind gods of the ancient Greeks, which included some who were well-known in their own right. One example would be Boreas, the god of the north wind who was both very strong and very bad-tempered. Another example would be Zephyrus, the god of the west wind who tended to be much gentler in nature but nonetheless had a jealous side to him. The Venti were the Roman equivalents of the Anemoi.

2. His Name Refers to Another Mihoyo Character

On a related note, Venti’s name is a clear reference to another character with wind powers named Wendy from Honkai Impact 3rd. Both Genshin Impact and Honkai Impact 3rd are made by Mihoyo, which is one of those video game companies that like to recycle certain character designs for game after game. The reference is even clearer in the original Chinese. Venti and Wendy sound quite different from one another in English. However, both sound like Wendi when transliterated into Chinese.

3. Is an Anemo Character

Since Venti is a wind god, it should come as no surprise to learn that he is classified as an Anemo character. Genshin Impact uses Greek-inspired names for its seven elements. A lot of them are very easy to figure out for English speakers because they should be very familiar. To name some examples, people should have no problem guessing that Pyro indicates fire, Cryo indicates ice, Electro indicates electricity, and so on and so forth. Anemo and Dendro should be the hardest of the seven to figure out. Even then, it doesn’t take much to connect one with wind and the other with trees.

Weapon-wise, Venti is an archer. Historically speaking, archers possessed a fair amount of strength, which makes sense because bows are muscle-powered weapons. However, it is very common for modern media to give bows to characters who seem less strong. Something that is particularly noticeable in anything involving human-on-human combat because more strength would have been needed against better-armored targets. In any case, while Venti is decent enough as an archer, that isn’t the reason that he sees use in Genshin Impact.

Instead, Venti sees use because of his crowd-control capabilities. First, he has Skyward Sonnet, which can launch smaller enemies upwards before reducing the speed with which they fall to the ground. Second, he has Wind’s Grand Ode, which creates a short-term effect that sucks in smaller enemies while inflicting continuous damage. Both of these abilities do Anemo damage over an area of effect, meaning that both of them are useful for inflicting Swirl on enemies that have already been affected by one of the other elements. The latter is particularly useful because it will absorb that element before proceeding to do additional damage based upon it.

6. Is a Mondstadt Character

Venti is a Mondstadt character. Said region is one of the two regions that seem to be based on European cultures. Mondstadt is a German name meaning “Moon City,” so it should come as no surprise to learn that it has German influences. However, said region also seems to take a lot of inspiration from the generic medieval settings that see so much use in fantasy media, which aren’t quite medieval anyways.

7. Is the Archon Who Presides Over Mondstadt

Genshin Impact has seven Archons overseeing seven elements while overseeing seven regions. Venti would be the Anemo Archon who presides over the region of Mondstadt. There is evidence that it is normal for Archons to be involved in how their region is run, which would make him the exception to the rule by being very hands-off. Something that has resulted in both good things and bad things for his people. On the one hand, they are free to choose their own course of action; on the other hand, they can’t count on their Archon to help out when they need it.

8. He Is Now the Last of the Original Archons

It is possible for Archons to die and otherwise lose their position. Over time, five of the seven Archons have been replaced either one or more times, with the result that there were just two of the original seven Archons remaining by the start of the game. One was Venti in Mondstadt. The other was Zhongli in Liyue. The latter’s retirement means that one can make an argument that Venti is the last of the original seven Archons, particularly since said retirement was enabled by a faked death.

9. His Demon Name Is Barbatos

Every single one of the Archons has the name of a demon from the Ars Goetia. It isn’t clear why this is the case. However, it has been speculated that it is connected to their subordination to more powerful superiors in a Gnosticism-influenced setting. Regardless, Venti’s demon name is Barbatos. It is possible that this is connected to his role as an archer. After all, Barbatos has a connection with Sagittarius, which is a constellation connected with both seers and archers. Indeed, Greek mythology associates Chiron, who was the noblest of the centaurs because he had a different, more elevated origin from the others.

Venti takes a very hands-off approach from his people. However, that doesn’t mean that he always stays away from them. Currently, Venti is a bard in Mondstadt. Historically speaking, bards were a class of poets in certain Celtic cultures that existed until the mid 17th century in Ireland and the early 18th century in Scotland. Their decline resulted in a loosening of the term. For instance, fantasy media often uses bards as song-based magic users. This is a result of influence from Dungeons & Dragons, though to be fair, that was a result of influence from bards becoming associated with priests as well as magicians by Romanticism.

There are a number of ways for people in the Genshin Impact setting to use magic. The best-known of these would be the acquisition of a Vision, which is a magical gem with elemental powers that is believed to be a sign of recognition by the gods themselves. Venti is one of the characters who carries a fake Vision, presumably because that makes it easier for him to explain why he has wind powers.

Different characters use different materials for their ascensions. In Venti’s case, he uses a flower called the Cecilia. This is very convenient because the player can find a huge number of Cecilias on Starsnatch Cliff. In contrast, there are a lot of other materials that are found in smaller numbers in a wide range of places, which makes it much more laborious and time-consuming to collect them.

13. Has a Connection to the Cecilia

The connections between characters and their ascension materials aren’t always clear. Fortunately, Venti’s connection to the Cecilia is known. For those who are curious, it has been hinted that said flower has strong roots that enable them to thrive even when there are strong winds, which is supported by how it is concentrated in a high, windy place. Due to this, the Cecilia became the secret symbol of the resistance against Decarabian, a god of storms who presided over Old Mondstadt. This is supported by how Venti continues to wear a Cecilia on his person.

14. He Is Some Kind of Wind Spirit

Archon is a title rather than a species. Before Venti became the Anemo Archon, he was some kind of minor wind spirit. Nowadays, Venti is presumably still some kind of wind spirit, though one that is much more powerful than what he once was.

As such, Venti isn’t human. Instead, he wears the form of a friend who died during the rebellion that overthrew Decarabian. Two of the rebellion’s leaders have been described as people who wanted to see the outside world but couldn’t because said god’s winds were a prison as much as they were protection. One of the two was Amos, Decarabian’s ex-lover who was killed by him in the final confrontation. The other was a nameless bard who had managed to gain Venti’s assistance by befriending him. Unfortunately, the bard didn’t survive the final confrontation either, meaning that he wasn’t able to see the outside world either.

16. Seems to Have Become the Anemo Archon By Default

Venti seems to have become the Anemo Archon by default. Decarabian was one contender. However, he had a great opponent in the form of Andrius, with whom he had reached a stalemate. After Decarabian was overthrown, the latter decided that he didn’t have the love for people that an Archon was supposed to have, with the result that he decided to pass on. That cleared the way for Venti to become the Anemo Archon.

17. Was Involved in Another Rebellion in Mondstadt

On the whole, Venti can be rather flighty. For proof, consider how his hands-off approach let the old aristocracy of Mondstadt to become slavers. Still, it would be inaccurate to say that Venti didn’t care, seeing as how he did eventually give secret support to the resistance that eventually overthrew them. In particular, he forged a document claiming that the old aristocracy had sold Mondstadt to the Geo Archon, which had a very demoralizing effect on their soldiers as well as the rest of their supporters. As for the Geo Archon, he overlooked the incident in spite of his insistence on enforcing contracts, which might have been because of a number of things. For example, a contract had never been made, meaning that there wasn’t anything for him to enforce. Similarly, while Venti and the Geo Archon’s relationship isn’t perfectless frictionless, it seemed to have been quite decent for the most part. Indeed, Venti developed his skill at forgery for the purpose of pranking his Geo counterpart in the first place, though he was never able to fool the latter.

Venti was also involved in fighting Durin, a huge, monstrous dragon that attacked Mondstadt during the Cataclysm five hundred years ago. Curiously, the dragon had no real awareness of what he was doing until the very end. Even though Durin had been dealt a death blow, he bore no grudge against either Venti or his helper.

19. Signora Had a Personal Grudge Against Him

La Signora had a clear dislike for Venti in their encounter, which turned out to have been the product of a grudge on her part. In short, Durin wasn’t the only threat to Mondstadt during the Cataclysm. The city-state’s military forces took horrible casualties while fighting a wave of monsters. One of the fallen was the lover of a woman named Rosalyne-Kruzchka Lohefalter, who was away studying in Sumeru at the time. She didn’t react to either the death of her lover or the destruction wrought upon her home very well, as shown by how she dedicated her life to the destruction of monsters. Eventually, Rosalyne-Kruzchka was recruited by the Fatui, having been convinced by a shared desire to make war upon both the gods and the Abyss.

20. His Constellation Is Himself

Every playable character in Genshin Impact has a constellation, which is supposed to say something important about who they are as well as what they do. Generally speaking, these constellations are very metaphorical. However, Venti’s constellation is just himself. Something that he shares with both the Traveler and the other Archons seen so far. All of these characters are believed to be either gods or something god-like. Unfortunately, there is still much that remains unknown, so it remains to be seen exactly what this means. 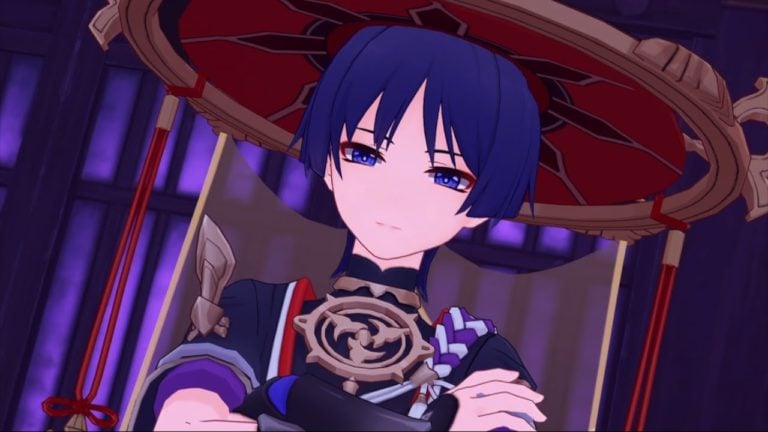 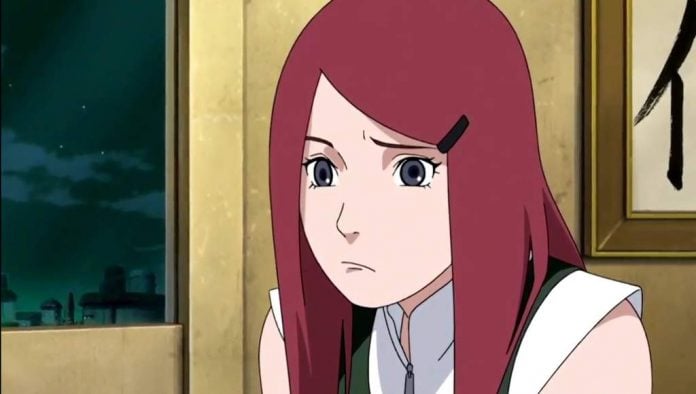 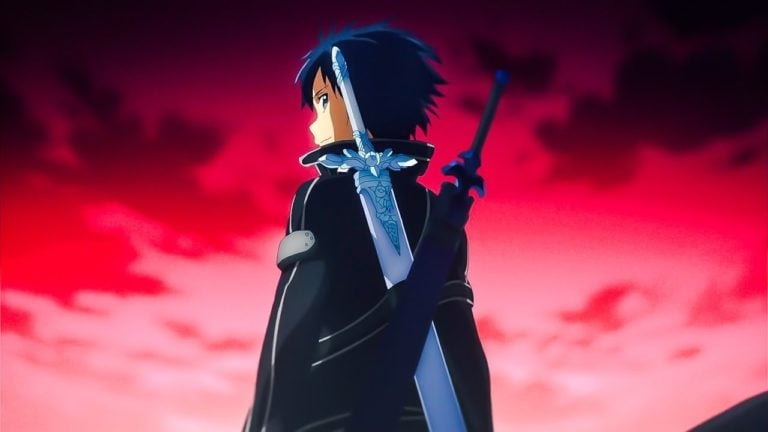 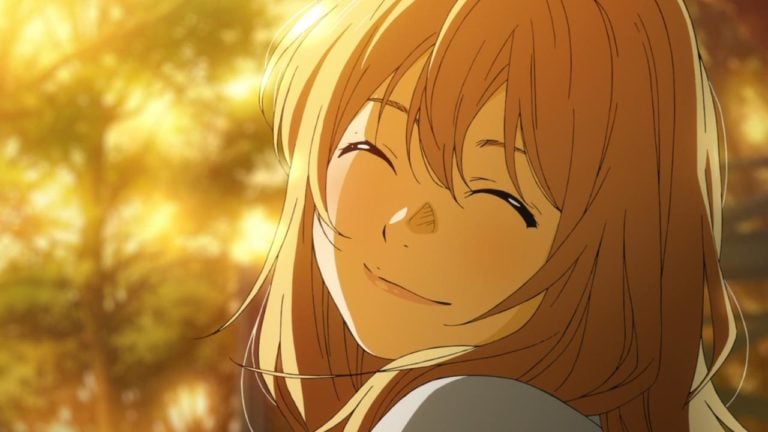 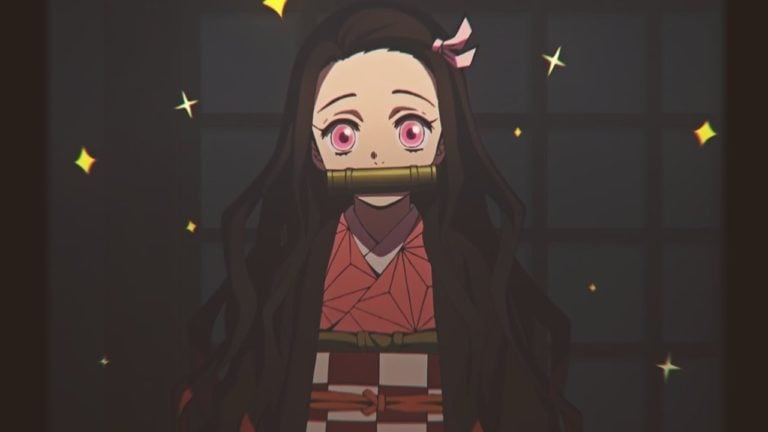 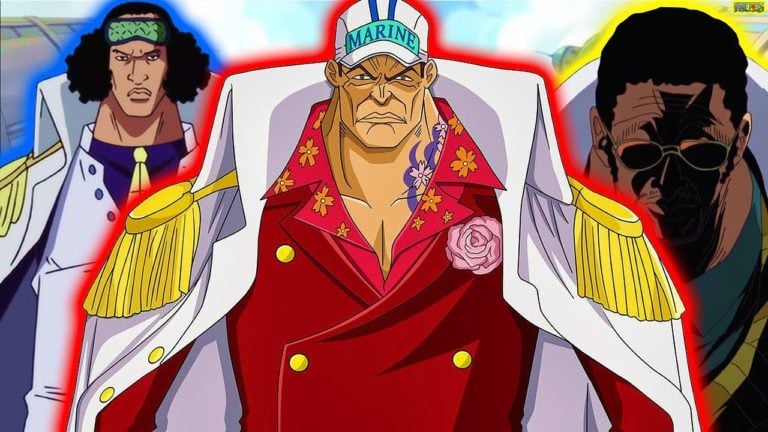