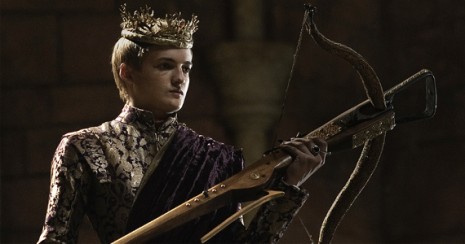 Magic has been a dormant force for a long while in Westeros, but now as Game of Thrones marches on, it’s clear it’s going to be a bigger and bigger part of the story. I haven’t yet made up  my mind about whether that’s a particularly good thing or not. Dragons? Pretty cool. Um…other…things? A little iffy.

We’ll have to wait until after the jump to start talking spoilers, and there is a whole bunch of other non-magic ground to cover from this week’s installment.

Again, most would say this is yet another week where “not much happened.” I’d say that’s true in the sense that no major plot twists occurred, save for the end, but I don’t mind these build-up episodes the way most people seem to. The power of the show is in the characters, and I’m just as satisfied watching Tyrion bring his cousin to his knees with words than I would be if the Mountain was beating down the Knight of Flowers. A major character doesn’t need to die every week to make the show good.

I love Tyrion in the Capitol. We’ve seen him work his words all up and down the land, but it’s clear this is where he belongs. I do fear for his well-being however, as he’s made enemies of both Cersei and now Joffrey, publicly rebuking the lad for his mistreatment of Sansa, (which was an awesome scene). 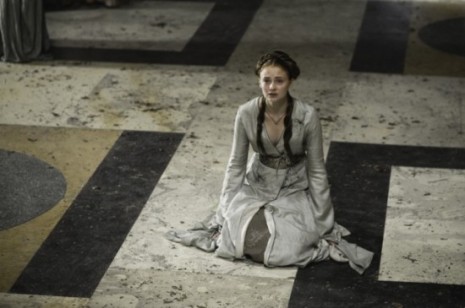 “You may outlive us all, Lady Stark.”

Joffrey was indeed back with a vengeance this week, and naturally the one part of the show my girlfriend sits down to watch is when he’s ordering a whore to beat another whore to death with a club. Fantastic.

Thankfully no sign of Shae this week, but I stand by my claim that the way Cersei (or Joffrey) will get back at Tyrion is by having her executed in some gruesome fashion. That, I would not mind.

Speaking of gruesome, I’m not sure that there are many worse ways to die than to have a scared rat burrow its way through your chest cavity. Thankfully the arrival of Tywin, who I almost forgot was a character, spared Gendry that fate, and now Arya is his new cupbearer. This should be interesting. Did he have her sword, the Needle, somehow? How did that happen?

I rather liked the part where the two Baratheon brothers fought over who should be king and who has the more powerful army. Catelyn had to interject and become the motherly figure, though it’s clear neither side is all that enamored with her. I kept yelling at the screen “WHAT’S IN THE BOX??” as Littlefinger presented her with what I have to assume was Ned’s head. Just a little Se7en humor for you.

I was glad to see Daenerys’ plotline finally crawl forward a bit. I had my suspicions confirmed this week that the opening map of the show sometimes shows you places where specific things are happening that week. Like we’d never seen Qarth before, but the map made sure to point it out. Very smart.

I like Qarth. I don’t know why, but it’s interesting. It just seems to be a far cry from any place we’ve seen so far in Westeros, and looks to be a vastly different culture. If this was present day, I imagine it’s something like Dubai, full of rich people with more money than taste. Unfortunately for me trying to review this show, all of the key players there appear to have impossible names, so this should be fun to try and keep track of their actions. 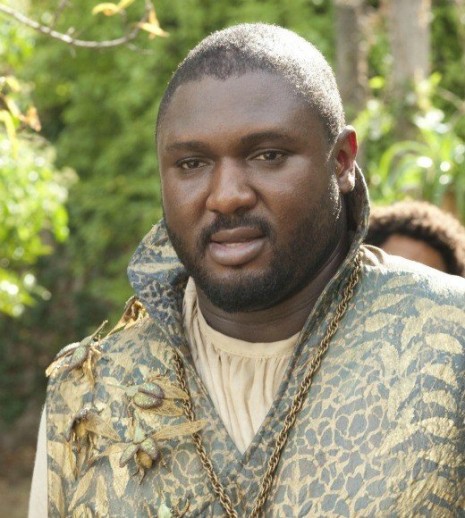 Daenerys’ dragons seem to have brought magic back into the world, which is what readers of the books keep hinting at. If that’s the case ,then did the Red Lady just get her magic powers recently? She must have been pretty pumped. I thought they were pretty limited in scope, the ability to just resist poison and such, but we were all in for a surprise this week when a demon came crawling out of her vagina, her just having been impregnated last week.

Needless to say, that was one of the most bizarre moments in the series so far. What the hell is that thing? Is it materializing as a man, or does it always travel around like smoke? Who is it going to kill in the Baratheon camp? I would imagine Renly, but perhaps Stannis just wants to send a message, and one of the Tyrell’s will die instead.

I’m not sure what the end game of all this is. It seems like a lot of people are going to have to die rather quickly to bring this giant war to a close. I expect it to last the season, which is fine, but it does seem to be something of a stalemate right now as the forces constantly circle each other, with no decisive moves taken.

Next week I expect we’ll go back up north where hopefully there will be some more significant developments in the realm of the White Walkers. I read somewhere that this is the war of five kings, and there are only four on the board right now. Might the fifth be the one way up above the wall they keep talking about?

Open for discussion and speculation, but please, no books spoilers.