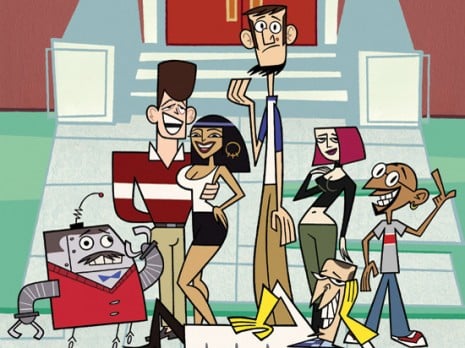 There was a period of time in my life where nothing, not even my favorite baseball player ringing my doorbell and asking if I wanted to hit some batting practice with him, could stop me from my Sunday night plans. Those plans of course: the one-two-three punch of King of the Hill, The Simpsons and Futurama. It was a glorious assembly of crass jokes, tender moments and references I barely understood. All three shows are certainly recognized by the masses as examples of what a cartoon show can achieve. But lurking in the shadows (and in one case right next door) were equally funny, but extremely subversive bastard cousins to the “Animation Domination” of Fox Sunday nights.

Here are four cartoons that never got the recognition they deserved. 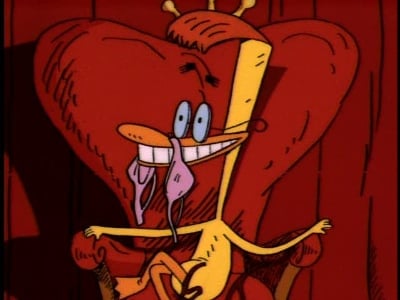 Take Jason Alexander, the animation company behind Rugrats and the sick, twisted mind of Everett Peck, and you get Duckman. Duckman was, yup you guessed it, a duck that work as a private investigator alongside his partner Cornfed. The show took its notes from the seedy noir atmosphere of the 1940’s while mixing in a very raw, often dark humor. Duckman attempts to murder his assistants Fluffy and Uranus every time he sees them, he is forced to live with his sister-in-law Bernice and he is a Nicolas Cage in Leaving Las Vegas level alcoholic.

Duckman was the first cartoon I saw that made no effort to pander to children. With The Simpsons, and later King of the Hill, there was always a dual nature: adults laughed at some parts, kids others. But Duckman was a precursor to the MA rating – a raunchy, amoral look at all the ways life can dump on you. When I first discovered the re-runs showing at 2am on Comedy Central, I was in heaven. Jason Alexander was perfect in the title role, and the writers knew just how to craft his dialogue. Even though Duckman lasted four seasons, it remains highly underrated in the lexicon of important cartoon television shows. 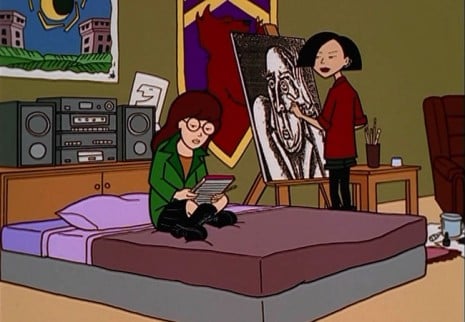 Call it blasphemy, but the best thing Beavis & Butthead gave to MTV was the origins of Daria. A show about a real teenager was a rare commodity indeed, and this went further than giving viewers simply an authentic protagonist. Daria also cast the social circles of jocks, burnouts, creeps and airheads as most of us actually saw them walking to our lockers in high school. Daria’s bleak, fatalist outlook on the world stood in stark contrast to other shows on the air. Her character never compromised, and the storylines spoke to who she was, even to detriment of her family and friend. That friend, Jane Lane, was one of many memorable supporting characters, although it’s hard to say anyone got more consistent laughs than Daria’s dad Jake Morgendorffer.

Daria also covered a lot of important ground, from eating disorders and suburban racism to teenage consumerism and what Trent’s band should be called. The episodes were funny first, but remarkably substantive. Few cartoon shows more accurately traced the evolution of their characters from season to season. A good example is Daria’s sister Quinn, who slowly but surely transforms from the epitome of narcissism to a relatively competent younger sister. Lawndale may not have been real, but we’ve all been there for. Now back to this episode of Sick Sad World. 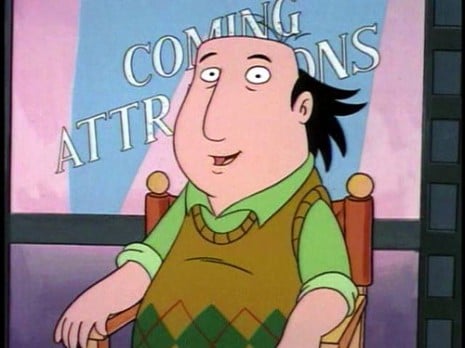 Jay Sherman is the man we all fear we’ll become. He’s overweight, underloved and in a business respected by no one: film criticism. The Critic was a favorite of mine because it so seamlessly blended fat jokes and pop culture references with truly absurd moments. In fact, the Family Guy brand of humor aka the cut-away joke was well-established in The Critic, usually with a “This movie is worse than Rabbi P.I.,” to set-up a clip of Arnold Schwartzenegger playing dreidel. The fat jokes were on par with Homer Simpson material, but the self-hate Jay exhibited was extraordinary. While Homer went home to his loving family, Jay was the single dad in Manhattan. It was a very original take on the nuclear family cartoon dynamic.

Best of all though were the moments like Rabbi P.I., the terrible movies invented to comment on how bad films were getting in the mid-1990s when The Critic aired. Obviously the quality of movies has hardly improved in subsequent years, so while the actors and movie titles referenced may be somewhat dated, the potshots and annoyance with the Hollywood machine are still surprising fresh. A close runner-up are the scenes involving Duke, Jay’s ultra-fit, very conservative boss. At one point Duke makes Jay incorporate a rolling skating, accordion-playing bear to his show, but it “unexpectedly” turns vicious. This is why we have cartoon shows. 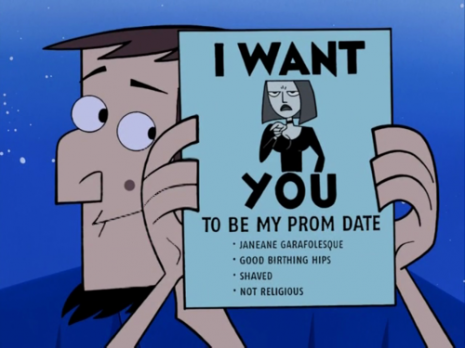 Even though only 13 episodes exist, Clone High remains my favorite cartoon show ever. The premise: a mad scientist has cloned famous celebrities from throughout history, and the clones are now high-school age and attending school together. What makes Clone High brilliant is how the show relates each character to their genetic parents. JFK is a huge womanizer with none of the real Kennedy’s positive attributes; Joan of Arc is an emo outcast; Cleopatra is the vapid, self-centered popular girl; Gandhi is a class clown with weapons-grade ADD; and Abe Lincoln is the gawky, “I’ll do anything to fit in” guy. Coupled with incredibly outlandish and sometimes offensive humor, Clone High was animated perfection for the lone season of its existence.

No better metaphor for my Clone High adoration exists than the knork. Abe and Gandhi invent the knork (knife-fork for the uninformed) so that Abe can make enough money to buy Cleo a Snowflake Day present. What happens is that the running joke of the episode becomes Abe accidentally cutting his mouth open in hideously violent, hilarious ways. The idea of a knork, and a joke in which a kid gets continually severely injured, are both incredibly asinine, but if I can watch that episode without crying from laughter, it would be a first. Every episode functioned as a mini-lesson the way shows about high school students often will: the drug episode, the prom episode etc. But Clone High repackaged the cliché into something inventively funny, bizarre and wonderful. RIP Mr. Butlertron.

(click to watch the video)   Season eight of Dexter may very well end up being one of the greatest TV tragedies of all time, given how much potential the show has squandered it its… 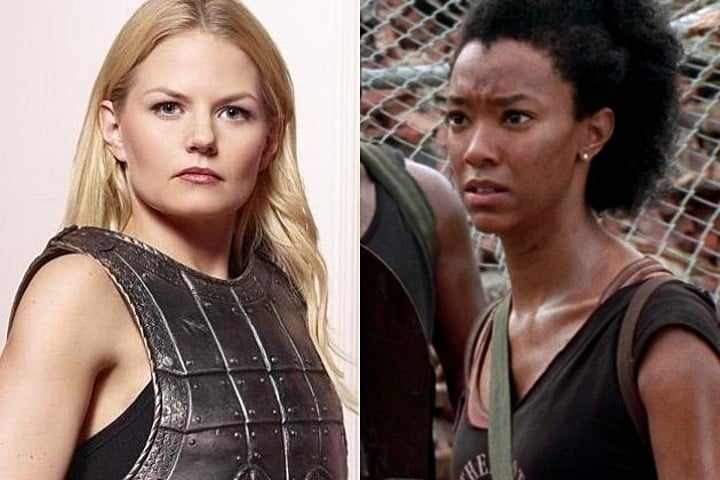 Series crossovers are an excellent way to throw the most unlikely characters together from different television universes to see what happens. Some characters need a crossover to give them an unexpected challenge or inspire them…

Another year, another time when I watched exactly zero seconds of the Golden Globes, but I know some people are curious to see who won what. The award show covers both movies AND television, so…

This is a (sadly) fictional animated series that takes Doctor Who from real life to cartoon form. It’s by animator Stephen Byrne, and even though it’s only a short snippet, gives insight into what it…

We’re huge fans of fan art.  We’re even bigger fans of Game of Thrones.  And given it’s still the most pirated show on television, we don’t think the steam behind this show is running out…

Breaking Bad brought money and attention to Albuquerque for years, so as a subtle little tribute to the show as payback, the Albuquerque Journal decided to publish this obituary for Walter White. As you can…