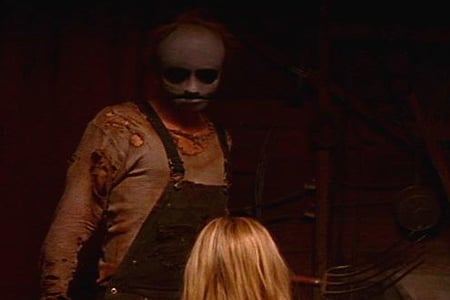 You guys can all keep your protagonists. You know, the good guys with the dashing good looks and odd propensity to get out of inexplicably tough scenarios with little so much as a scratch? I’ll side with the bad guys, anytime. They may not smell as good, and they may not always come up on top, but they are often something the good guys aren’t. Memorable.

Who quotes Clarice from Silence of the Lambs? No one. People quote Hannibal. Who quotes Luke Skywalker in any way other than to mock his girlish whining? No one. They quote Darth Vader. That is just my point. The bad guys are often cooler, but not all of them get the recognition that they deserve. Here are five bad guys who I think deserved just a little more attention from us cinephiles.

I have no idea why I have not spoken of this film before now. That was a huge error on my part and one I cannot really explain. Having been breast fed by eighties slasher movies as a child, this movie is the most genuine love letter to slasher movies ever made, even surpassing the brilliant Tucker and Dale Vs Evil. And the entire movie is carried by one character: Leslie Vernon, who is played with gusto by Nathan Baesel. And everything from his mask to his charisma is perfect. 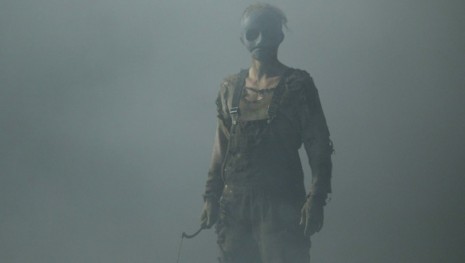 “Mommy, that strange man is standing outside in the fog again…”

The whole movie is filled with wonderful surprises and Easter eggs for the horror fan, and I do not want to say too much in risk of ruining this masterful film, but I will atleast divulge a bit about the story. Behind the Mask is a faux documentary that takes place in a world where all the fictional killers from the classic slashers you know and loved are real. A film team is following Leslie Vernon as he does his killings and explains his motivations and methods. It is funny in some places, and genuinely dark in others.

What is really interesting about this character is just how likable he is when he is being interviewed between killings. He explains his process, and he treats killing much in the same way any artisan would treat their craft. Once you realize that every thing he told the crew was all part of a setup for a plan that I won’t ruin here, you realize this guy transcends his “slasher” status.

I compare him to a slasher version of Heath Ledger’s Joker. Every single thing he is doing and that happens is ultimately part of his “plan”.

A great film and a great character too few of you know about.

Most people don’t remember this movie for some reason, and I thought it was pretty creepy. It stars Kurt Russell and Madeleine Stowe as a couple who experience a break in at their upscale Los Angeles home and Ray Liotta plays the cop who takes a special interest in the case and the couple. 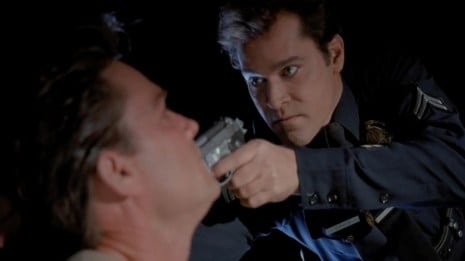 Now I do understand Ray Liotta is scary and intimidating in anything he plays, but there was just something even more unsettling about thinking of a guy like that getting paid to wear a badge and “protect” people. You get some insight into the fact that something is off with this guy pretty early on, and it only builds. Toward the end it plays out typically, but there was one scene that really messed me up and stuck with me.

The scene when Ray Liotta breaks in their house at night and watches the couple have sex from outside their bedroom door.

That is both gross and terrifying. Nothing kills a hot moment of passion more than Ray Liotta’s skin complexion.

That moment alone earns him a spot on the list.

Plus, anything with Kurt Russell is somewhat good.

I know this movie sucked, overall. And I know it didn’t hold a candle to the genuine scares and originality of the first Poltergeist, but one thing always stood out to me. Not only did it stand out to me, it kind of haunted me for many years.

Reverend Kane. There is just something about him that looked genuinely evil and dead to me. And there was good reason for that, he was dying during the entire production.

No, seriously. He was.

And if you doubt any of that, just look at him. LOOK AT HIM!

That is not makeup or special effects. That is a dying man, slamming on your screen door, telling you you’re gonna die.

And you know what did it for me? The scene when he is banging on the screen door, screaming. It just feels like he knows he is going to die and he is projecting the shit out of that onto them. If you can watch the scene where he is yelling ” You’re all gonna die in there!” and not slightly shudder knowing he died before filming even stopped on this movie, than you may dead inside. Wow, I just used every tense for the word die in one sentence.

The movie sucked just enough to offset how bad Reverend Kane freaked me out.

I understand this movie has a scene where a kid’s braces attack him, so it has no place on a list involving anything good or memorable, but I can still see Julian Beck’s dead eyes and tight, dried lips curling back to reveal his old person teeth as he forced out his lines like a parched, dying cackle. 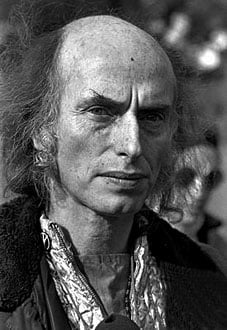 And wouldn’t you know it, he was always sort of creepy.

When you think of the genre “crime drama,” certain images come to mind. Mobsters whacking each other with baseball bats, gang bangers shooting it out in the streets, things of that nature. What you don’t…

httpv://www.youtube.com/watch?v=4NZdggNUvq0 Since I was at most three years old in the 80s, my appreciation of 80s music usually comes from its use in cult classic movies from the modern era. Therefore, the only reason I…

These fun facts have been hiding in your favorite movies this whole time and you didn’t even know they were there. Trust us, these will make you smile. 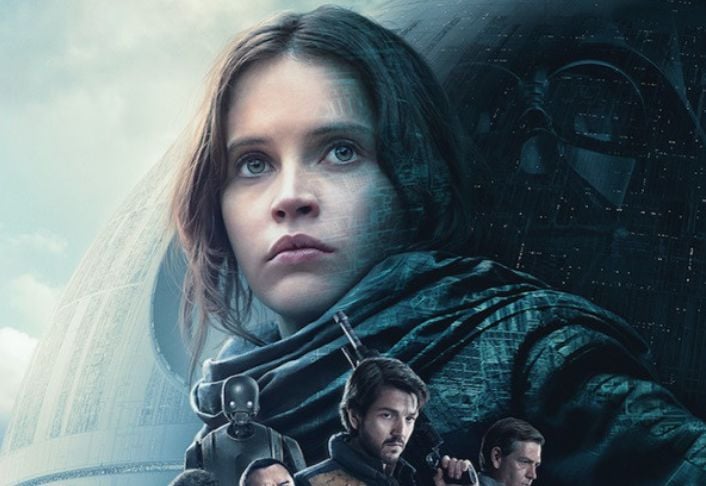 I was recent sent a collection of side-by-sides fashioned here which makes an observation I haven’t noticed because I haven’t bought a DVD in probably a decade. He points out a disparity between the often artistic…

(click to enlarge) I’ve seen a few of these fictional fighting game collages, but damn, this is just awesome. I would pay an incredible amount of money for a Hayao Miyazaki themed fighting game, as…