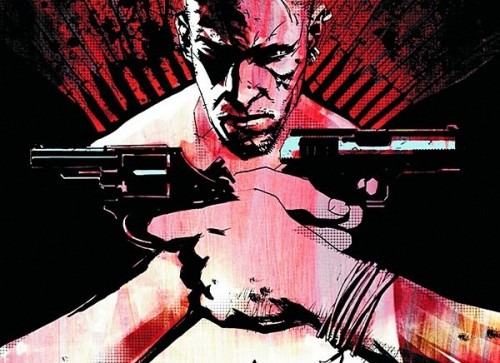 I genuinely believe escapism an essential element to life. Your life will have deaths and sickness and bills and strife, but you can always escape into someone else’s hellish life and feel a little better about your own. Graphic novels do this for me. They take me from wherever I am, and bring me somewhere else. You can look at it like a graphic novel, but I look at it like a spaceship. I climb into it and leave my worries behind for a little bit. That is how it has always worked for me, and how it will always work for me. Though I have talked up graphic novels on various occasions, today I wanted to bring some up from the last few years, specifically. Give these books a shot. It might just amaze you how far they transport you from your own life and the worries you face every day. They sure help with mine, and lately, I have had my share. 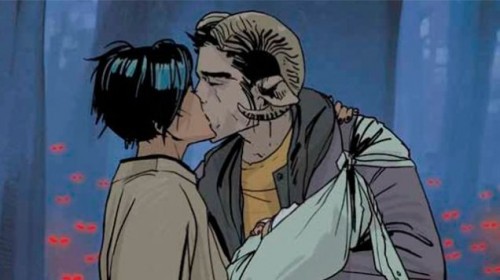 I know, I know, everyone has already talked up Saga. A beautiful (yet very twisted) take on the space epic. I will be honest with you, I would add Saga to Mass Effect and early Star Wars as some of my favorite science fiction ever. Though I am sure you have heard enough about this book by now, but I will give a quick refresher for the three of you who are out of the loop. Saga is about two warring, extraterrestrial races and a member of each, falling in love and having a child. As you can imagine, this is looked down upon.

So the two bounce across the universe avoiding all sorts of awesome varieties of bounty hunters and odd, alien creatures, as well dealing with their own “should we have done this” issues. Written brilliantly by Brian K. Vaughan, and illustrated with staggering imagination by Fiona Staples, We all tell you Saga is a must-read for one simple reason.

Saga is a must-read. 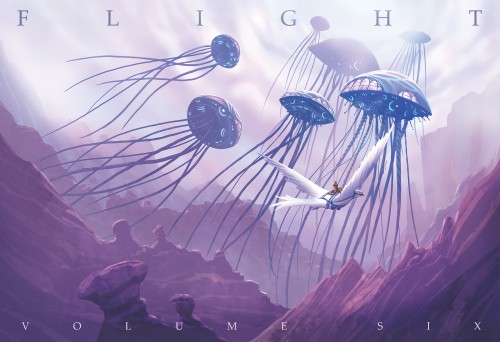 An AMAZING anthology collection from a huge array of astounding artists and writers who work together, with the theme of Flight binding them all. I own most of the volumes of this series, and it never fails to leave me in awe. From the amazing variety of artwork, to how differently some people approach the theme of Flight, this is a series every fan of comics (and just awesome things in general) needs to get on.

The best part is, each volume always has at least one story that sorta just changes your life and hits you right in the feels when you need it most. Definitely a series for fans who dig amazing art as much as they dig amazing stories.

I know I am going back to 2008 with this one, but I am still not over how raw and honest this book was. I think we all fall apart from time to time. We look at ourselves in the mirror and don’t know who we are, where we are going, or why we are going there. It takes an incredibly brave soul to turn a spotlight on themselves during such a time, and that is just what Jonathan Ames did with The Alcoholic. He took some of the worst moments of his life, and committed them to paper for us.

I would hope the title would give away the story, and it kind of does. A sort of memoir of mistakes and wonderful moments that most would never tell anyone. The Alcoholic still is one of the most poignant and powerful graphic novels I have ever read. 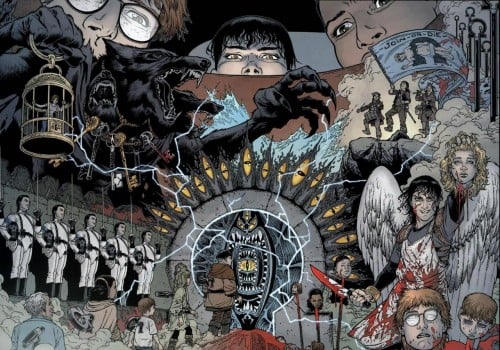 I have spoken about it before, and will inevitably speak about it again. Locke and Key is an amazing, stellar, epic story that reminds us that fantasy and horror have an awesome home with comics, even though some distributors forget that. From the art to the story to the setting, I would call and Locke and Key perfect. Honestly, from beginning to end. My favorite comic series of the last decade, hands down.

I could honestly talk about this book forever, but click here to see what I have to say about this series  from a prior article. There will be a whole article dedicated to this comic here soon from me. Stay tuned. But for now, buy all six graphic novels and be prepared to be left in awe. 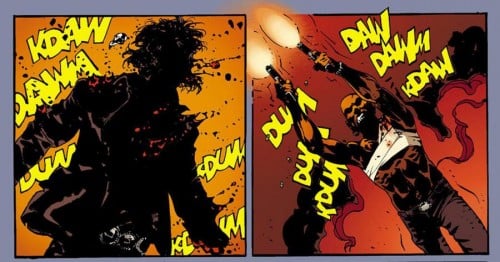 Let it be know, this WILL be a movie or show at some point. I have no doubts in mind. The way the whole comic is presented and told already feels like that. Like a Justified and Breaking Bad. Scalped is about an mess of a man named “Bad Horse” who returns to his old reservation after a fifteen year absence. Just that setting alone sets this book apart from most. He then gets taken in and turned into one of the local Tribal police (this is all Native American based, in case you have not picked up on that yet).

Thing is, there are some awful people around, and some awful things going on. What makes Bad Horse so good at what he does is that he gives few f*cks. The bad guys are REALLY bad, and even the good guys are pretty bad. You know I love my moral ambiguity. With a distinct setting all its own, and an art style that evokes a true feel for the world you are in, Scalped will mark you. 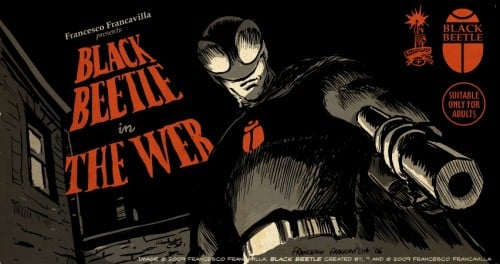 Please, make no mistakes about this. This book WANTS you to think it is a comic book from the Golden Age of comics. From the art style to the sometimes hokey characters, it may throw you off upon first glance if you think you want something harder edged. But ignore that feeling and give Black Beetle a shot.  The reality is, there is enough gritty (as seen from the list above). There is enough taking itself too seriously or being too grim in comics now a days. We need some throw back heroes. The guys who remind us why this stuff all started in the first place.

The Black Beetle is a Dark Horse comic about a masked vigilante, ala Batman or Blue Beetle. What sets it apart is its retro art and writing style. It is a book that reminds us of what drew us to comics in the first place. Guys who put on masks and captured the bad guys. That is Black Beetle in a nutshell. Books like this are truly going extinct, and that is not cool. Black Beetle has purity and also has a great sense of pulp fun you just rarely get in fiction anymore. Check it out. You’ll be glad you did.

If you enjoy random recommendations like these, hop over here and tell me some of your favorite graphic novels. I don’t always like to be the one giving the recommendations. Sometimes, I like being the guy getting them. Help me out with that.