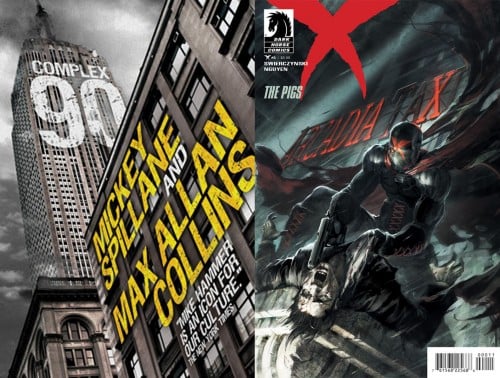 Whoa. What a month!

Though the great Mickey Spillane crossed over to the other side a few years back, the equally laudable Max Allan Collins has kept private eye Mike Hammer alive for a whole new generation of readers. May saw the publication of “Complex 90,” a Cold War thriller that pits the private eye against (practically) the entire Soviet military machine. Not only that, but Dark Horse resurrected one of the bloodiest vigilante titles I’ve had the privilege to scoop: X is once again walking the streets of Arcadia!

Can there be a better time alive to be a confident heterosexual male?

See, I grew up on the works of Mickey Spillane.

In fact, “I, The Jury” was one of the first books I ever read once reading books really mattered to me. It still tops my personal list of great reads. It’s got everything – action, intrigue, femme fatales, gunplay, secret agendas, double-crosses — and it’s all spun with the best damn dime novel prose in existence. 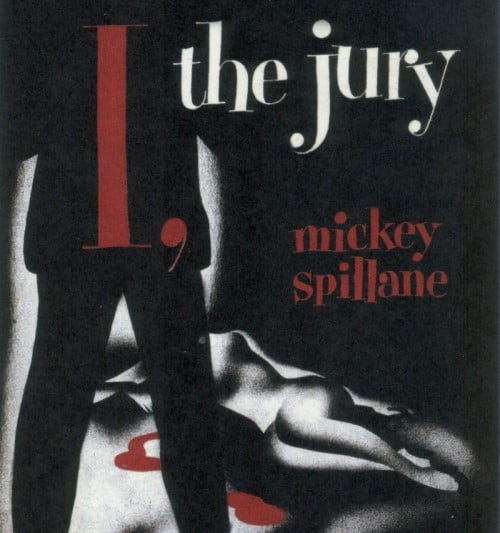 Trust me: Spillane would have no problem with my calling it a ‘dime novel.’ For those of you who don’t know him, Spillane was a writer, not a novelist. He believed in writing, not authoring. He believed writing should be read, unlike serious novelists who could care less if they ever find an audience. And he believed it should make a buck or two, which his did. In 1980 stats, Spillane was singly responsible for almost half of the top selling 15 books in the U.S. (Hat/tip: Wikipedia)

Like Snake Plissken, Spillane’s Mike Hammer is a uniquely American creation. He’s a licensed private investigator who takes pride (and his lumps) for working both inside and outside the law. His particular brand of justice, along with romancing ladies who were made to be romanced, has never quite successfully translated to characters from other parts of the world, though James Bond (of the books) certainly comes close. Additionally, any reviewer worth his weight in critiques could make a solid case for Spillane perfecting (if not inventing) the tough guy comeback or quip. In fact, Spillane’s novels are structured in such a way that everything – every paragraph, every chapter – essentially is meant to be build-up for that book’s last sentence. How’s that for famous last words?

Sadly, there’s never really been a remarkable film adaptation of Spillane’s works other than 1955’s often overlooked Kiss Me Deadly, which fairly recently had an excellent Criterion release. On a dark road, Hammer pulls over to pick up a lovely female hitchhiker; as a consequence, he finds himself plunged into a nightmare scenario that might involve nuclear annihilation. Among the supplemental materials, there’s even mention of how Kiss Me Deadly delivered a creative inspiration to Quentin Tarantino when he wrote Pulp Fiction (hello, suitcase with a glow!). Every other filmed attempt – I’ve seen them all – offer something worth watching, but none of them truly capture Hammer’s essence in quite the same way this early take did.

Be warned: Complex 90 serves as a kinda/sorta sequel to another Hammer novel (don’t worry: you needn’t have read it to fully appreciate the events). 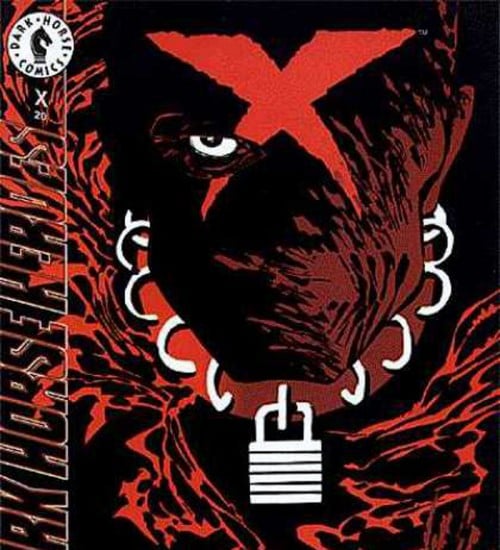 I was there when X first appeared in early 90’s.

X – a street vigilante whose face is hidden under a black mask bearing a red ‘x’ inked across its forehead – made his reputation by wiping out crooked politicians in whatever bloody manner suited them most (boy, couldn’t we use his skills in DC today?). Unlike Bruce Wayne who appeared as Batman, X’s real identity always remained more than a bit nebulous (he was given some history, but it never amounted to much in the book), and that’s mostly because he chose to take out the trash while staying truly anonymous. And take out the trash he did.

The mob thought they had killed X after he had warned the federal government that the Arcadia City was his and to stay out. Eventually, X (as a title) mostly just petered out as the narrative was really only structured to provide villains for the anti-hero to kill in splendidly glorious fashion. True, he made some guest appearances here and there, but it looked like his days were numbered.

However, Dark Horse recently relaunched X over three installments in their popular Dark Horse Presents (#19-21), which were collected in a #0 issue this past April. Hoping to re-establish the property, the company brought in crime novelist Duane Swierczynski to pen the stories. Under his direction, Dark Horse promises the book will be similar as it was intended originally with very real-world stories delivered in very un-superhero fashion. In an interview with Comic Book Resources, Swierczynski even described the book as ‘unreal,’ ‘gritty,’ and very much in the vein of what David Fincher accomplished with his movie Se7en. 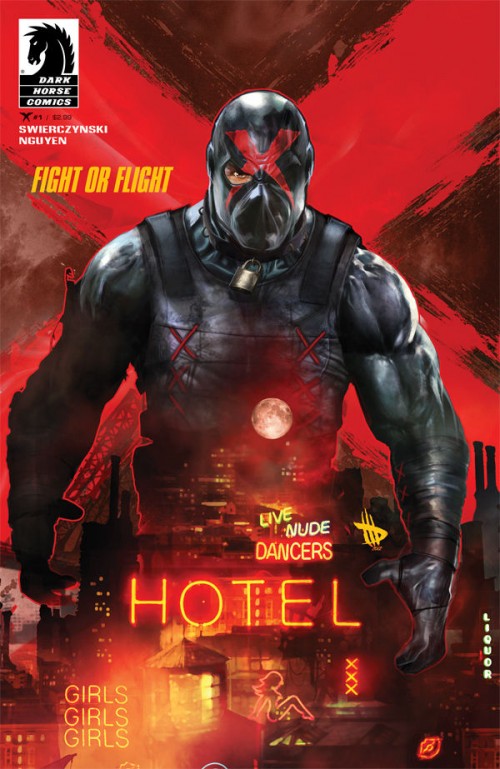 But what’s my take on this new version?

Well, not a lot has changed from where X was in the 90’s when it comes to the #0 issue. It’s basically a vehicle to re-introduce the character to folks who may’ve missed him the first time around. There are three bad dudes calling the shots in Arcadia, and X dedicates himself to taking these ‘three little pigs’ out one-by-one, with each kill getting progressively bloodier and bloodier.

So, yeah, it’s pretty much a delight.

#1 streeted recently, and it picks up shortly after what went down in the #0 book. The cops find the bodies, and they suspect they’ve an all-new psycho killer in town. But there’s also an internet reporter hot on the trail of the next big scoop, and, before things are over, she might just come face-to-face (erm … make that face-to-mask) with her worst nightmare.

Like X’s first go-round in the 90’s, this one looks big, bold, and bloody. Still, this version may prove to be even more relevant for its time: Arcadia – for all its might and power – now looks like a modern-day Detroit, and Swierczynski knows more than a thing or two about exploring some truly unsavory deeds. This just might prove to be a match made in hard-boiled heaven.

I think that this captures it quite well don’t you? Via

Another day, another great artist I’ve discovered and get to share with you. One of the many reasons I love this job. It’s not all just mercilessly mocking The Walking Dead! Corey “Reyyyyy” Lewis is…

From artist Andy Timm comes a print showing two of comics’ greatest villains arm wrestling for ultimate bragging rights. In the left corner, the juiced up, masked madman Bane, in the other, the snarling, alien…

I’m as much a fan of geek fashion as the next guy, but there’s one trend that continues to elude me, full-zip character hoodies. This is a $60 hoodie from where else, Hot Topic, that…

Alright, I’m in a drawing mood lately, so you guys get another new comic already. And this time it might contain a joke or two you might actually get! No Pokemon or Starcraft to be…