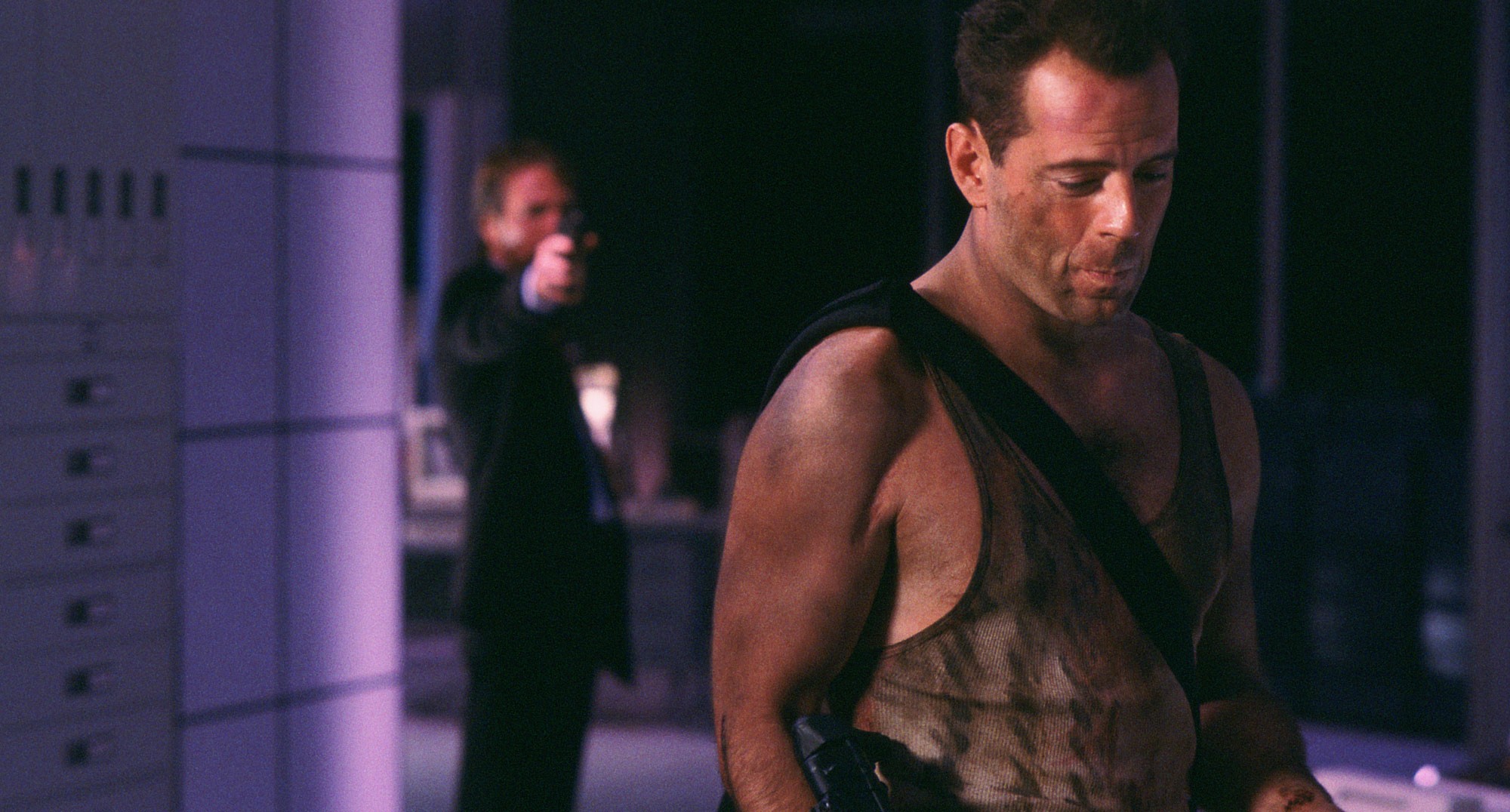 There is no shortage of amazing Christmas films. Whether your favorite is a Miracle on 34th Street, It’s a Wonderful Life, Elf, or even Bad Santa, you’re in good company if a festive epic makes you feel all warm and fuzzy inside. However, a debate has been raging for years (no, really) about whether one movie, in particular, deserves to be called ‘a Christmas film.’

We’re talking about the action epic Die Hard, which is a majorly cool movie, regardless of whether you think it is suitable for the holidays. You’ve got Bruce Willis, back when he was still a delight to watch on screen (the less said about Die Hard 4 and 5, the better). And, there are explosions aplenty, an unforgettable villain, some awesome fight scenes, and a truckload of witty one-liners.

What more can you ask of a movie? The question is, does it count as Christmas film? Well, the definitive answer can be found in the movie itself, which is, hands down, the best Christmas film ever made. Keep reading to find out why this simply has to be true.

It Is About Family

All of the greatest Christmas movies are, at heart, about being with the people that you love. Admittedly, John McClane can’t be with those people, because he’s too busy kicking terrorists in the face. You’ve got to remember that it’s the love for his wife and kids that pulls him through the bullets and the bombs, though. If there’s a lesson in Die Hard, it’s that stripping down to your vest and taking on a small army will make your estranged wife find you irresistible again.

The furry green Christmas thief has nothing on this bad guy, who wants to pinch $640 million and doesn’t care who he kills to do it. In a Christmas movie, you need a super story arc; ideally, the whole of Christmas needs to be in jeopardy somehow. Die Hard villain Hans Gruber slaughters a bunch of people at an office party and a startling amount of police officers as well. He couldn’t be any more evil or a bigger threat to the innocent joy of Christmas.

It Is Set At Christmas

This is a controversial one because lots of movie fans challenge the idea that, just because it is set at Christmas, a movie is a festive film. Die Hard does feature some pretty realistic party scenes, though; ones that you’ll find familiar if you’ve ever been to an office bash. Everybody is getting wasted. There are people pairing off and getting naughty in the dark. There’s an awful guy that nobody likes doing cocaine. Well, maybe that part isn’t always familiar, but you get the picture.

Speaking of the office bore, we see coke sniffing Harry Ellis betray all of the values of Christmas and paint himself as the guy that we all hope dies in the end. At the start of the movie, he’s pressuring Holly Genaro to come to his place, even though he knows she has a big, cranky policeman husband. This is the first indication that Ellis isn’t very bright. Eventually, he brings about his own downfall by attempting to get cozy with the terrorists. He goes about it in the wrong way though and Gruber doesn’t take kindly to it.  P.S. he’s the best character in any movie ever.

It Is Filled with Red and Green

The signature colors of Christmas are here in droves, though don’t spend too much time looking for reindeer and baubles. There’s plenty of red right after Alan Rickman and his weird accent pop up as Hans Gruber. In fact, the entire film after this point is one big, red gory slice of testosterone fueled action. And don’t forget the $640 million in serious green that Gruber is trying to get his grubby German hands on.

There’s a Chimney Scene (Kind Of)

Why settle for a clichéd shot of Santa Claus shuffling down a chimney when you can have John McClane raging his way down an elevator shaft? If you’re not rooting for the guy at this point, it probably isn’t the movie for you. He goes through an awful lot for a guy who thought he was turning up to a Christmas party for an argument with his wife. What we’re trying to say is that Bruce Willis in Die Hard is kind of like Santa Claus. Only he’s not bringing gifts; it’s a bag of whoop-ass that he’s packing.

It Has a Big “Awww” Moment

You know the one. Every Christmas movie has ‘a moment.’ It is usually a lesson learned or a big realization for the main character. In Home Alone, Kevin finally understands that Christmas isn’t the same without your family, even if they drive you crazy. In Scrooged, Bill Murray realizes that he’s a self-obsessed, arrogant salesman who drove the perfect woman away. In Die Hard, John McClane comes to his senses and lets wife Holly know that he still loves her and that he’s sorry for being a grouch all the time. It works, because at the end of the movie, the couple reconciles – just in time for another ‘save the family’ moment in Die Hard 2.  Although “Yippie Kay Ay” is a great moment too.

Why You Should Definitely Watch Die Hard This Christmas

We’re all so used to watching PG-rated family films at Christmas that we forget there’s more out there. Trading Places, Love Actually, and National Lampoon’s Christmas Vacation are a few more fantastic choices. So, once the kids go to bed and it’s just you, in your festive slippers, pour yourself a glass of sherry.

Take your copy of Die Hard off the shelf, give it a loving caress, and stick it in your Blu-Ray player. Then, prepare to have your heart in your mouth as John McClane and Hans Gruber go head to head, at the top of a very tall tower, at Christmas. We promise that you won’t regret it for a second. Plus, you can always make up for the blood and bombs with a nice film like Elf in the morning.

If there’s one movie that I pray never gets remade it’s 100% Ghostbusters.   And I’m in the camp that loved the sequel.   I say love because if you compare it to current day comedies it’s…

Photo via Telegraph.co.uk. This has been a pretty bad stretch for aging, big-screen entertainers.  We lost Robin Williams only ten months ago.  A scant four months ago saw Leonard Nimoy‘s passing.  Now, at the age of…

(click to enlarge White Mage Rapunzel) I always wonder if some day, I’ll just run out of things to post on this site. People have to run out of ideas eventually, right? Well, apparently not, and one…

Movies, like other art forms, are grounded in real life. Characters and settings, and even entire plots can be inspired by real-world events. Movies are frequently released with tag lines like “based on a true…

by TJ Fink Whoa. When you craft a title like that, it’s a little intimidating to actually start writing the article itself. Time to put some money where my abnormally speedy mouth is. I’ve actually…

Now, we don’t get paid to plug specific events on Unreality, but I’m going to go ahead and do this one for free, because even the promotional image for it is something I thought would…