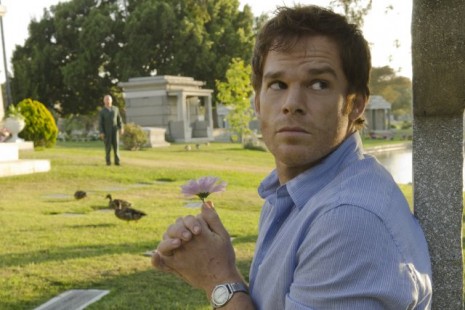 Ahhh man, it’s nice to finally be basking in the glow of another great Dexter season. I’d liked each and every one up until last year’s wild and weird tangent where Dexter made sarcastic quips about God and the world’s most telegraphed plot twist took an entire season to unravel.

Here, however, we’re back into the familiar realm of the show rocking, with unexpected twists and turns and moments that make me go HOLY SHIT DID THEY JUST KILL _____?

The _____ in question is none other than Lewis, Dexter’s new foe who seemed like he was going to be his new arch-rival serial killer in the making. Rather, they pretty much just had a prank war until Lewis was in the wrong place at the wrong time, and got a bullet in the head. 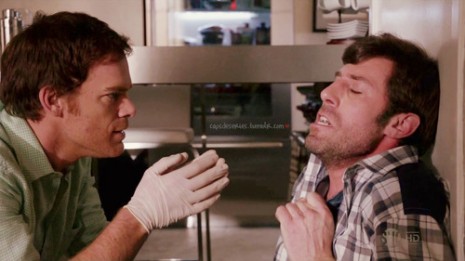 What’s your deal you little shit?

This answers my question from last week, where I wondered if Lewis or the Ukrainians were going to be the major plotline of the season. It answers it much more directly than I anticipated. But a lot more questions about Lewis still remain, both pre and post-mortem. What was his deal with Dexter? Did he know his secret? Was there actually any more to him? If not, that’s rather disappointing for a cross-season build up. And now after he’s dead, will his death come back onto Dexter since he was murdered on his boat? How ironic would that be if the one time Dexter gets  a murder pinned on him, he really did have nothing to do with it.

I really like Ray Stevenson’s Isaac as the arch-baddie, now that he’s officially earned that title. Dexter has taken on serial killers for years, but someone as well connected as a mob boss? That’s a different animal. And unlike previous seasons, Dexter doesn’t even know he’s being hunted. They already have his full name and place of employment, this seems to be escalating rather quickly for episode three. Not that I’m complaining.

We also got our first look at Yvonne Strahovski’s character, Hannah McKay. She was NOT the stripper like some of you with no eyes have been saying. Rather, she was the child-bride of the Colin-Farrell-in-Horrible-Bosses killer from last week, and a DNA swab later, she and Dexter are already making eyes at each other. I’m wondering how they’re going to bring her into Dexter’s life in a more prominent role, as this “find the bodies” case seems a lot more separate from everything else going on, and Dexter now has the Ukrainian mafia on his back. 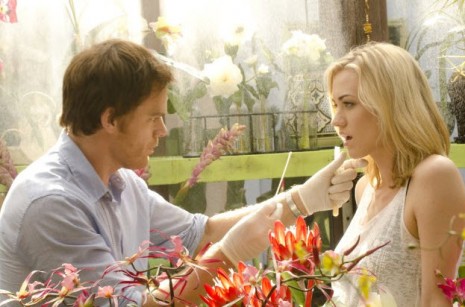 DNA swabbing has never been so sexy.

Dexter sure has a thing for blondes, huh? First Rita, then Lumen, now Hannah? Sorry Deb, you’re out of luck with that stupid crush you had last season that will hopefully NEVER come up again on the show.

Speaking of Deb, her arc was far and away the best part of the episode, and it was brilliantly handled how the show made her learn a hard lesson about why Dexter does what he does. It was a nice touch that they made the killer get away in the end, as I almost though he’d end up on Dex’s table with Deb watching. But the knowledge that he’s still out there killing will haunt her, and bring her around to Dexter’s side.

What I still can’t figure out is why Dexter isn’t telling her things like about Lewis’s snooping or the fact he killed Viktor. And has he gone over the rundown of the whole ice truck/bay harbor/trinity/jordan chase murders yet? Or are we just assuming she understands all that?

So far, this is a great season, that has me guessing, which is a hell of a lot more than I can say for Travis and the good doctor last year, who by this point I’d already figured out their big secret. With two seasons to go, we’re starting to feel like we’re heading toward a real resolution, and I can’t wait to see how we get there. 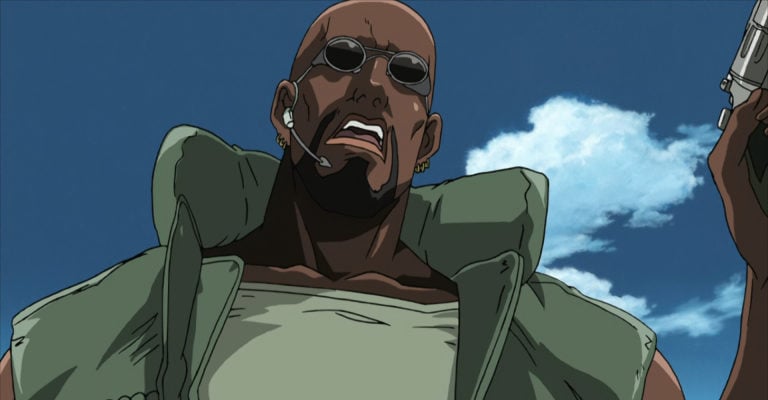 If you watch anime on a regular basis or have seen imagery from some of the most popular series, you might notice a few patterns related to the physical appearances of the characters. For example,… 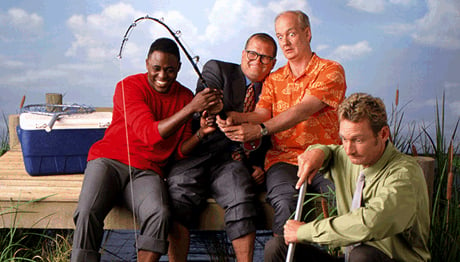 I watched about forty of these clips while compiling this list, and now I’m quite literally sore from laughing so hard. I’m not sure if moment for moment there has ever been a funnier show…

It’s been over 25 years since Baywatch first premiered on TV. Some of the actors involved in the show went on to become stars while others chose to live a life that was a little…

I haven’t made up my mind whether or not I’m going to do a weekly review for Breaking Bad yet. It’s looking likely, as there isn’t anything I’d really consider “reviewable” out for a little…

I feel like I may be missing some sort of inside joke here, but artist Jacquelin de Leon has turned the characters of Adventure Time into a lady moped gang. I’m not familiar enough with…

Community’s fifth season ended last week, concluding on a similar note as a few of the last seasons. #SaveGreendale was the official  hashtag of the evening, and the night ended with a cannon barrage directly…