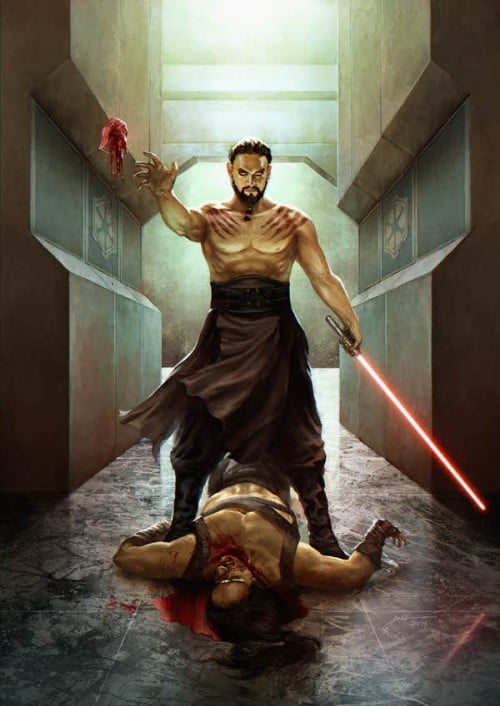 Oh god yes. Frankly with the massive fan bases each have, I’m surprised this is the first time I’ve seen a Star Wars/Game of Thrones mash-up, but I’m sure it won’t be the last. From artist JB Casacop we have a vision of Khal Drogo as a Sith Lord who has gone way past “force choke” and straight into “force pull-your-heart-out-of-your-chest.” Can’t see that move making it into episode seven.

Alright, where else is this going to go? JB says that this is only the first in this series, so let’s help him out with ideas. Obviously we’re going to need a Jon Snowalker, R2-Tyrion, Emperor Tywin, Theon Calrissian, Jaquen H’solo and Slave Khaleesi. Any objections? I didn’t think so. Your move JB.

Well, it’s just about the end of 2014. I might put out a list someday looking back on the year, but truthfully the release system for most of the interesting movies is so absymal that…

All last week a lot of you posted your best sci-fi jokes to a Facebook thread, and I’ve sifted through them all to find a pair of winners who get $100 worth of costumes and…

Behold, one of the best Con pictures ever taken. In case you think this is just three random dudes goofing around, look a little closer and realize that it’s actually Stan Lee playing referee between…

So, let’s be real. Has there ever been a better series of movies than the Alien films? Um… okay, maybe, but that doesn’t stop it from being one of my absolute favorites. There’s just something… 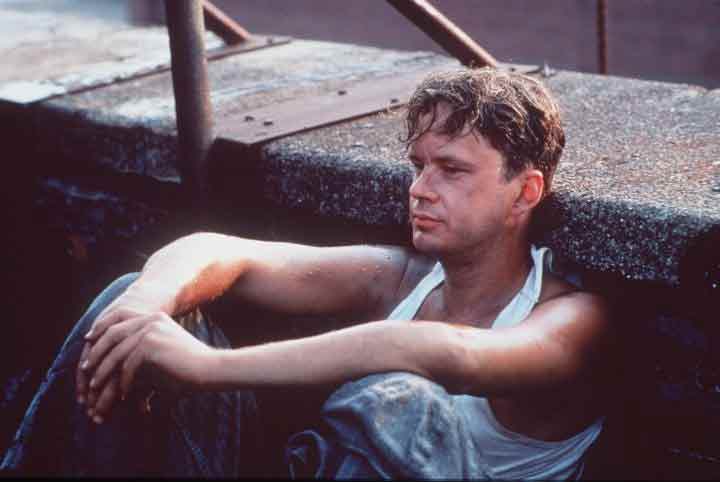 I’ve been watching a lot of Oz lately so I thought about writing a list of the best TV prisoners. Unfortunately when I was done it contained 4 guys from Oz, 5 guys from Prison…