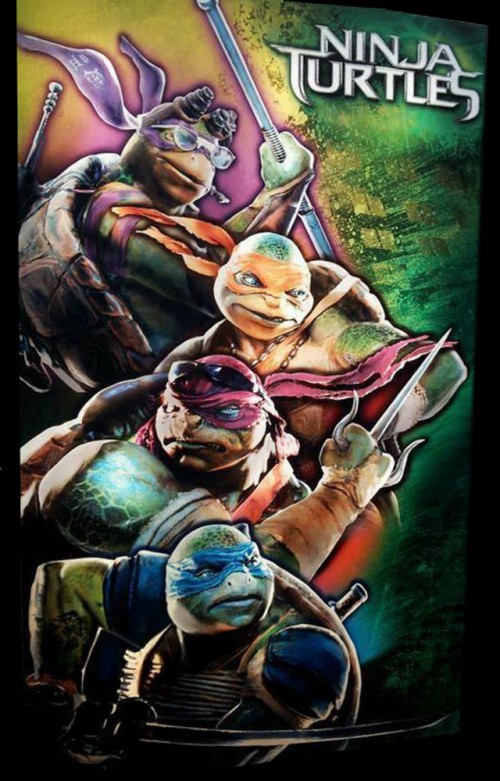 Well this has turned into quite a saga hasn’t it? First, the new Ninja Turtles were unspeakably lame with their Halloween costume debut. Then they were kind of badass with a new revelation. Now? I don’t know what to think.

This is supposedly the first new poster from the Michael Bay-produced film annnnnnd I’m not sure I’m going to be able to get past Donatello wearing both ridiculous sunglasses AND night vision goggles. Raphael has sunglasses too, which is mildly irritating, but at least he ONLY has sunglasses and not like a monocle or something as well.

I don’t know, now I have expressly mixed feelings and I’ll have to wait until like, an actual trailer to fully make a judgement call. You’d think with all these leaks, they’d just release something official already.

4 out of 5 stars A new Superman film was always going to face an array of challenges. It would be a movie pulled in many different directions, and could easily suffer because of it….

It’s pretty hard to believe that it’s been over 30 years since the 1985 classic “The Goonies” was in the theaters but it just goes to show how old all of us are.  And yet…

A while back we featured perhaps the greatest leap forward in sci-fi swimwear in history, the R2D2 bathing suit (with a C-3PO counterpart). They were sold by the hipster-ish, but creative clothing company Black Milk,…

This isn’t the first time Disney has been combined with Steampunk, and it probably won’t be the last, but it is in fact, one of the better efforts to blend to the two styles from…

I can hear you through my monitor now. “What are you getting at Tassi? Are you turning into some sort of Twilight apologist or something?” Nope, rather I’m writing this to show that there is…