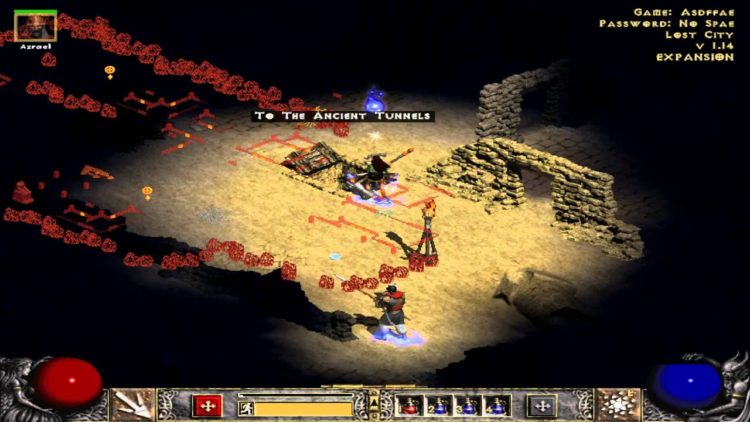 The Ancient Tunnels in Diablo II are found underneath the sands of the Lost City – a region that once basked in glory. The City lies between the Valley of Snakes and Far Oasis in Act 2 and is a maze of dead ends, hallways, crumbled walls, and ruins that house the ancient Undead. Because the city does not have any natural Cold Immunes, it is the best farming spot in the entire game for the Blizzard Sorceress. It is also the ideal place to access the Golden Chest by using the many available builds. In this post, we review everything you need to know about Ancient Tunnels D2R.

The Ancient Tunnels are found in Diablo 2 Resurrected. They are extremely popular as a farming spot because the Elite Packs in them can drop all the Sets and Uniques in the game. By working the Tunnels, you can hunt and collect countless items of Magic or higher quality, which is crucial for Holy Grailing. In addition, you will encounter high-tier Runewords in the game, such as:

The most notable reward to be won in Hell’s Ancient Tunnels in Diablo II is the Golden Chest, which is found to the left side of the Entrance Tile. Generally, the chest drops many Set, Unique, Rare, and Magic items. Its drop patterns are immune to Magic Find. In fact, you can still collect the drops using lower MF Character Builds. The only problem is that the Golden Chest cannot drop all of the items in Diablo II, as can the Monsters in the Lost City.

The Ancient Tunnels are found in level 85, which means the Elite packs you will find here are Monster level 88. This makes them great for farming Experience in the 90s levels. Additionally, the area has low minimum farm gear requirements, encouraging players to farm in the Ancient Tunnels exclusively – a process that can bring you from Level 75 to 85 and higher in no time.

To farm in the Ancient Tunnels, you will need to find them first. We have already mentioned that they are found underneath the Lost City of Act 2 – in fact, it is believed that they were once the entrance to the City. Since the maps on Battlenet are random, you have a better chance of finding the tunnels if you learn to identify the feature (Waypoint) that is to the right of the entrance to the tunnels. It appears as two Yellow Doors and always spawns in this exact form, which means you cannot mistake it for another feature. No other feature looks like it. Once you spot it, you should find the entrance to the Ancient Tunnels next to it.

Tips for Farming in the Ancient Tunnels

When farming in the Ancient Tunnels, you should always aim to break all the Immunities. The monsters are generally weak that you don’t have to go to a lot of trouble to eliminate them but, you should still keep the following pointers in mind:

It is also important to note that Elite Packs in the Ancient Tunnels can usually be hidden in the smallest areas, including catwalks and open chambers. You should check these sections for extra packs during your hunt to make sure you don’t miss out.

By far the most formidable monster in the Ancient Tunnels is the Horror Mage – a mob with glass cannons. They are the sole ranged attack monsters in the game and have a very high Lightning Damage output. When going in, boost your great with at least 75 percent Lightning Resistance to counter the mob. You should also avoid making stops during farming and try to dodge the attacks during the delays that follow. Additionally, you should eliminate these mobs first.

Farming the Ancient Tunnels D2R requires access to several damage types and high mobility. Builds that you can use for the farming process in this area include:

The Ancient Tunnels D2R are the best farming spot in Diablo II for Blizzard Sorceress builds, according to GameRant. As already mentioned, the Tunnels are found in an area without any natural Cold Immunes, so you will need to use strong builds containing high Cold Damage to get the best out of the Tunnels. The loot you should be aiming for is the Golden Chest found at the end of the Lost City. For guaranteed access, you should carry some Keys with you and memorize the details on the map, most especially the two yellow door-shape. 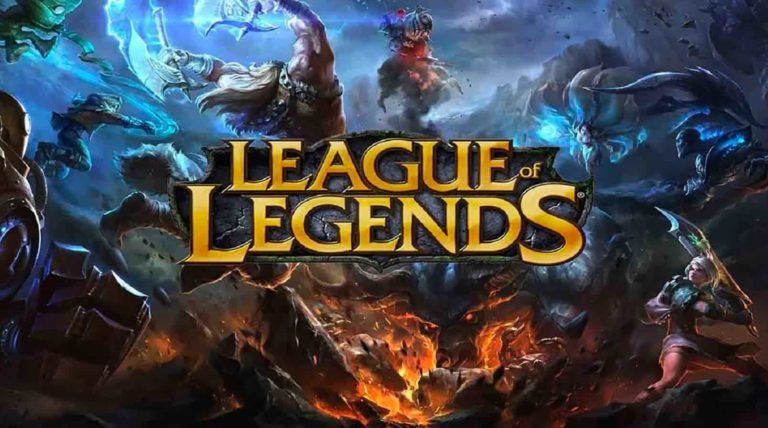