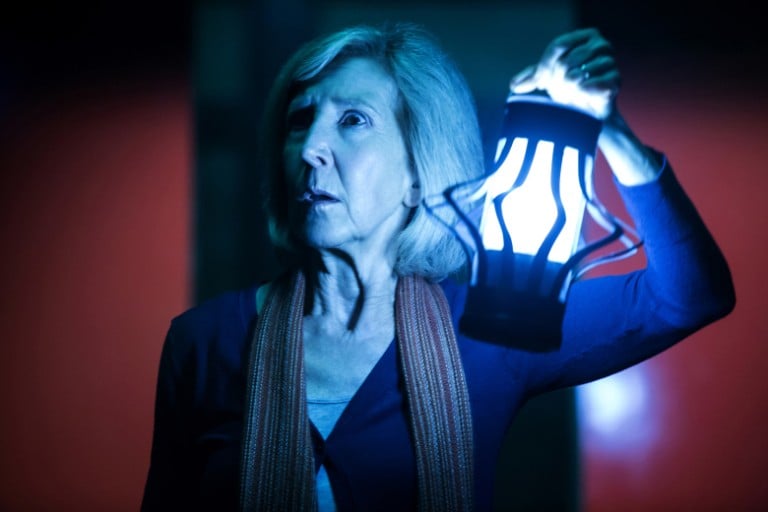 In case it wasn’t already obvious at this point, Blumhouse Productions – the creators of Oculus, Sinister, The Conjuring, Paranormal Activity, Insidious, The Purge and their sequels – is the pretty much the only real name working in horror these days.  Sure, they’ve started to experience a few bumps in the road in recent months (does anybody else remember The Lazarus Effect?), but while other companies are more concerned with remaking, rebooting and churning out sequels for decades-old franchises that have been limping along to increasingly little fanfare, Blumhouse has been revitalizing the genre with inventive and shockingly high-quality horror films.

The death of the horror franchises of the eighties has been a long time coming.  It’s not so much that these franchises marketed themselves around a single, iconic character as much as they did a single, iconic performance.  You don’t shell out upwards of $10 a ticket to see Freddy Krueger; you do it to see Robert Englund’s Freddy Krueger.  You don’t come to see Pinhead, but Doug Bradley’s take on the lead cenobite.  It’s the same as if Christopher Nolan hinged the success of his Dark Knight Trilogy on Heath Ledger’s Joker.  Tragic though his death was, the series moved on because there was more to Batman than just one character.

Whenever a series centers around a single take on a single character, it automatically puts itself on a clock: tying the life of the franchise to the vitality of its antagonist.  Robert Englund did a fantastic turn as Krueger when the character debuted in A Nightmare on Elm Street, but after playing the same slasher for twenty years, the nearly sixty-year-old actor lacked the same sinister energy that he had in 1984.  Doug Bradley was full of malice and sophisticated savagery in 1987’s Hellraiser, but had grown so tired and unconvincing over the following two decades that he was replaced by the baby-faced Stephan Smith Collins in Hellraiser: Revelations. 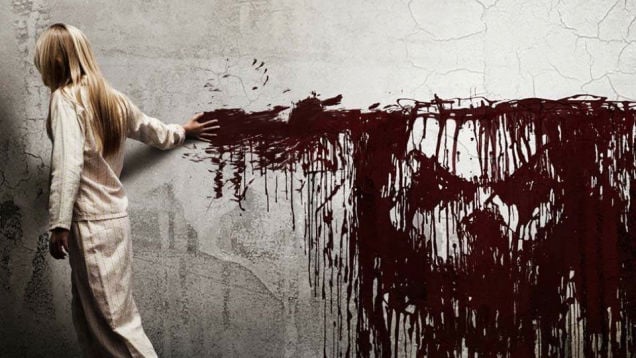 Blumhouse, however, does not have this problem.  Its growing number of franchises are built around premises, rather than poltergeists.  Just try to name Oculus‘ antagonist.  It’s not the father.  It wasn’t the mother, the brother nor the legion lurking behind the looking glass.  It was the mirror itself.  The Purge‘s was society as a whole, not any one person.  Sure, Rhys Wakefield was the perfect gentleman butcher to antagonize the Sandin’s, but he is no worse than the vast multitudes on the streets purging themselves of their vices.  It could have been anyone, but just so happened to be him.  And while Sinister does have Bughuul, he’s just the silent partner of the children he influences: anybody could play that sinister mute under heavy caked makeup because he never does anything that would give him away as any one specific actor.

Unlike the increasingly caricaturish horror franchises of decades past – which view the metric of any good horror movie through its body count – Blumhouse’s releases focus on unrelenting tension and internally-consistent atmosphere as their primary means of terror.  Shadows pooled in the corner of an empty room, restlessly meandering cameras stalking the protagonists and neo-Gothic set-design replace blood spatters and rusted knives that has defined the previous generation of horror.  Their slow, methodical pacing is completely out of character for a genre that has been dominated by fast cuts and jump scares for the last three decades.
Not surprisingly, Blumhouse’s films have all had incredibly low body counts.  Paranormal Activity only killed off one character.  Oculus‘ malevolent mirror only claimed one victim.  Sinister dispatched a single family of three.  Absolutely nobody dies in The Conjuring and even the most recent Insidious. 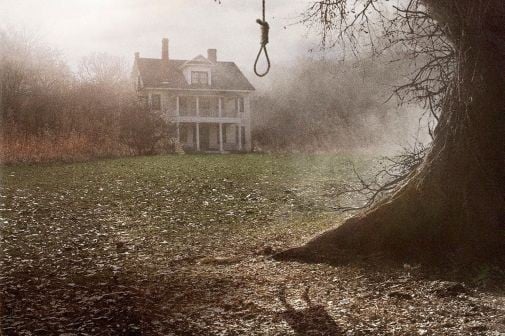 What’s truly remarkable about Blumhouse Production’s accomplishments, however, is not that they’ve secured A-list talent, but that they’ve secured the right talent for their purposes.  Like Marvel choosing Community directors Anthony and Joe Russo to helm the Nolan-esque Captain America: The Winter Soldier, they’ve proven that doubtful choices are often the right ones.  James Wan – who rocketed to genre fame with the intensely unsettling Saw – has helmed four (going on five) films for the company: Dead Silence, Insidious, Insidious: Chapter 2 and The Conjuring.

Annabelle director John Leonetti began his work at Blumhouse as the cinematographer of Dead Silence, Insidious, Insidious: Chapter 2 and The Conjuring.  The consistently under-rated Ethan Hawke starred in both Sinister and The Purge while relatively unknown Patrick Wilson starred in The Conjuring, Insidious, Insidious: Chapter 2 and the upcoming The Conjuring 2: The Enfield Poltergeist.  Insidious: Chapter 3‘s director Leigh Whannell pretty much goes wherever he’s needed, having varying written, produced and acted in all three Insidious movies.
While there are certainly great horror movies being made today outside of this one production company, no other production company has shown to be as consistently effective at the genre this century.  Their concentration of talent, effectively mounted tension and relatively low-tech scares have rapidly outpaced their splatter-gore competition.  Their brand is so effective that they have somehow turned Annabelle – a blatant Child’s Play rip-off – into a surprisingly solid screamer.  As long as they continue to develop interesting films with their proven method, they will continue to terrify a new generation of movie-goers.

Movies take some creative license with reality, which is understandable sometimes as they’d be rather boring without doing so. But sometimes they stretch the bounds of plausibility too much that it’s hard not to notice….

Why do all the best foreign movies seem to be about street crime in Brazil? First there was City of God, the classic about life as a young boy growing up on the violence-torn streets…

I can’t believe I’m actually endorsing this movie but I have to.  I haven’t brought up any of the Police Academy movies on this site and for whatever reason this one seems to be my…

While I think most of us were perfectly impressed with Hugh Jackman in his role as Wolverine in the original X-Men movie, I guess something must have happened as the films developed where they suddenly…

I was going to write a “Top 10 Best Christmas Movies Ever” post today, but I figured eh, screw it, they’re all just going to be whatever movies I like the best anyways, or else…