A lot of people probably wouldn’t be happy about having another Battlefield game a year after the last one was released. Annual releases usually makes fans uneasy over the quality of a title. However, Battlefield Hardline is more of a spin-off and it is being worked on by an entirely different studio, Visceral Games. It’s also steering away from the whole global warfare aspect and is attempting to focus more on the conflict between cops and robbers.

I don’t usually follow news surrounding the Battlefield series much, so I was genuinely surprised when the trailer was leaked. I wasn’t expecting them to go this route. I’ll admit that the concept got me excited. The possibility of a blockbuster and hopefully more in-depth version of Pay Day was enough for me. However, the cynic in me wasn’t afraid of the chances that’ll it just be another generic shooter in spite of the refreshing angle.

What can the game to be a success? What should it avoid? Read on for more. 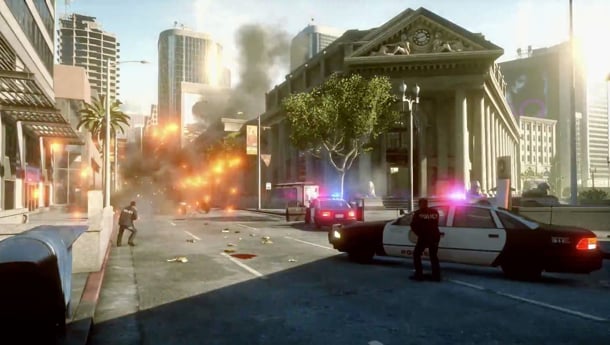 Changing the focus from soldiers to local law enforcement definitely provides another angle to approach FPS games. It’s definitely not original, but it’s not overused. We’ve seen it carried out from the perspective of the criminals as they embark on heists in the Pay Day video game series. It’ll be interesting to see two sides of the coin as we know more about Battlefield Hardline. We do know that the game will be focused on a young Miami police detective. However, I’m hoping that we’ll be able to play someone from the other side of the law. It’s possible since the past Battlefield games let you experience the single-player campaign in different perspectives. We will experience heists in online multiplayer modes though, but it would be nice to have them in the single-player campaign.

You might be wondering why I even care about single-player when Battlefield is clearly an online focused game. It has a lot to do with the developer, Visceral Games. The studio is most notably known for their work on the Dead Space series. They are also responsible for one of my favorite video games- Dante’s Inferno. These games and all the others they’ve worked on largely focused on their single player campaign. It seems to me that Electronic Arts decided to improve the single player aspect of the Battlefield games through creating a spin-off with another studio, leaving DICE to create the online heavy games. The catch is players have to buy more than one game now, but it wouldn’t be a problem if Visceral could really differentiate Battlefield Hardline.

I’m not expecting them to deliver a thought provoking story, but I would love for them to deliver a single-player campaign that’s enjoyable with fun heist and rescue missions. My biggest fear is that Battlefield Hardline will entirely be the same game as other shooters with the exception of everyone wearing police and robber outfits. It’ll be disappointing to see the missions play out so generic. I would like to actually plan a heist or bring elements of hostage negotiation into the game. I know that military and the police operate pretty differently, so I’d like to see it shine in how the missions are designed.

It would suck if rescuing hostages would just be a variation of an  escort or capture the flag mission. At the same time, it would be interesting to see stuff like road blocks, spikes, and the like if you’re playing the law enforcement. I feel like this would be the key factor in differentiating the game from the other games in the series and their competition in general.

I was initially wary about having too much “levolution” in the game since it’ll be extremely unrealistic for a cops and robbers setting. Sometimes it’s impressive enough to create tense moments followed by minimal yet explosive action sequences. However, I could be wrong and it’ll get boring real quick. I just think that making a game Michael Bay-ish can get old really quick. There is such a thing as too much eye-candy especially if it’s unnecessary.

To be honest, I’m unsure of how this game is going to turn out. It has the potential to be something different and open up the avenue for more FPS cops and robbers game. However, I’ve seen games that try to be different yet fail because of various of reasons. I’m optimistic for now. Cautiously optimistic.

Because the public is growing bored of Angry Birds the way they would any mobile game, the brand is trying to attract new owners of short attention spans by teaming up with Star Wars. The…

httpv://www.youtube.com/watch?v=uAXA0zDIwJ0&feature=player_embedded “Doom” meets “Mega Man” isn’t normally a pair you thought would be a match made in heaven, but after watching this short preview video, I WANT IT. It’s an 8-bit FPS featuring Mega Man…

httpv://www.youtube.com/watch?v=veTsUC-UG6I I think most of us would have trouble drawing a well-animated character with a pen and paper, much less in a digital program like Photoshop, but making one in Excel? That’s a whole other… 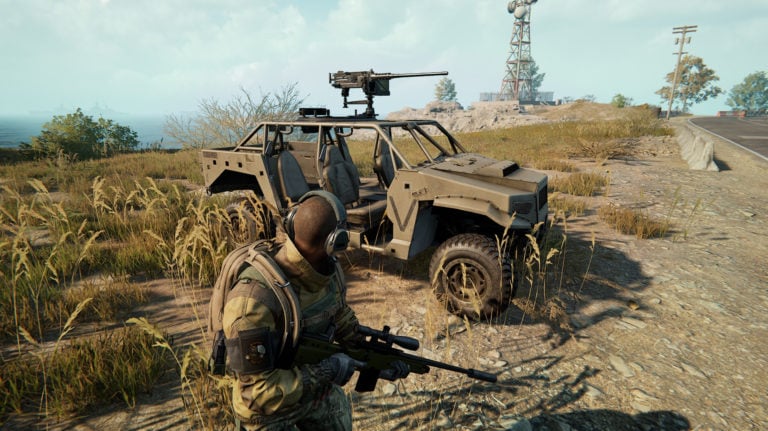 Crowz is being developed by RoyalCrow and it’s a new multiplayer competitive shooter in which players will be in the boots of mercenaries called, “Crow.” The story takes place in the near future. to wear…

Today’s featured artist is the talented Saki Michan, though I don’t know if I spaced out those words correctly. He (or she?) is a talented digital painter with a passion for the same sorts of…

(click to enlarge) Yeah, I know, I’m totally slacking on my Pokemon quota as of late. Well, I’m trying to pick up my game again, though not with a gallery, but merely with a pair…