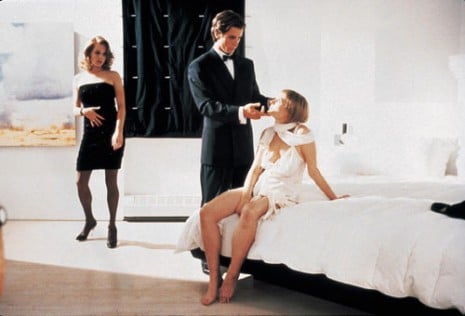 You might remember us doing a post on 15 awesome houses in movies a few weeks back.   Well today I felt like following up with a subject that was a bit harder to research but just as cool.   Don’t get me wrong, I know there are a lot out there but to pick my favorites was not an easy task. 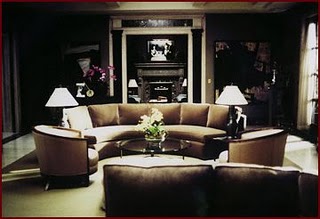 This is the only apartment in a movie that I actually know something about because a piece was written on it.   The apartment is valued at $18 Million and it’s located on 5th avenue.   If any of you have seen this movie you realize it’s probably one of if not the most badass apartment in any movie ever.   Thanks. 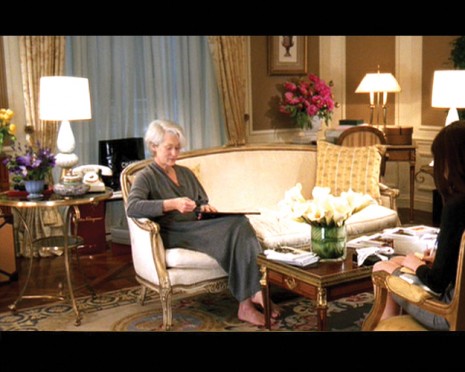 I’ve never seen this movie but I do like Meryl Streep a lot.   This is more of a classic apartment type look but it’s pretty awesome regardless.  It’s classically French furnished. 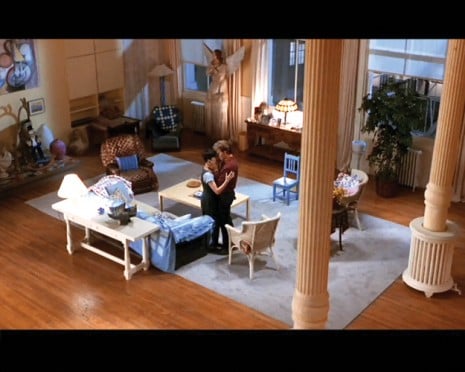 Ghost’s spacious loft is actually a replica of a 3,600-square-foot space that takes up an entire floor of a former 1885 button factory in New York City’s SoHo neighborhood.    So basically it isn’t real but it was still pretty awesome in the movie. 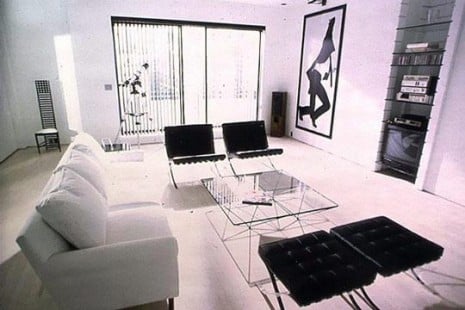 As Film Critic once said, “Blood is a bitch to clean up, as Patrick finds out again and again.  He’ll need to get his hardwood floors sanded before he sells.”   Joking aside the all white bad assery of an 80s bachelor pad is pretty sweet in this film. 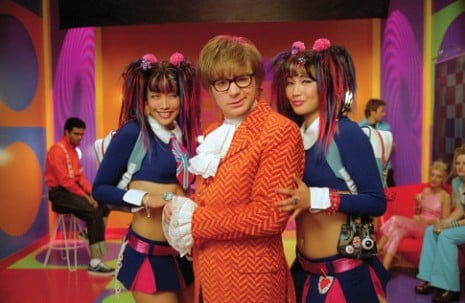 There’s just so much color and fun in this place is there not?

Remember Elizabeth Shue’s character?  Remember how awesome her father’s apartment is in that movie?  You see I remember things like this.

Sex and the City – Upper East Side

God I hate to bring this movie into any article that I write but it’s gotta be done here.   Hell I haven’t even seen the movie but I know how awesome the apartment is because my wife constantly brought it up to me.

*obviously there are more and we’re open to all suggestions!

Moments later, they burst into a chorus of song and farts.

If there’s one movie from the 80s that I’m completely surprised hasn’t seen a remake, it’s gotta be Three O’Clock High.  For all you young generation kids out there, please see this movie before it…

Never mind Batman.  Never mind Iron Man.  Never even mind Captain freaking America himself.  Spider-Man is always going to be the hero that I return to time and time again, regardless of how many times…

4.5 out of 5 stars It was easy to hear the initial idea behind Bridesmaids and dismiss it as “oh, they’re making The Hangover for girls, how cute.” An R-rated comedy showing the antics that…

There are weird movies, there are surreal movies, and then there are movies that are so incredibly f*cked up that you have a hard time believing what it is you just watched.  Antichrist, from Danish…

Not that you think of it often but when you think of the movie Indiana Jones and the Last Crusade you always inevitably think of River Phoenix playing a young Indiana.  But what many people…